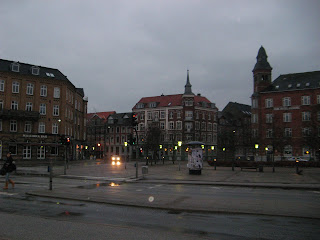 Everytime I go to Denmark I drop by the Tinsoldaten club in Aalborg. Well, this is my second visit. http://www.tinsoldaten.dk/ This visit they decided to play a multi player 3000pt FOWbattle. The photo above shows the town square across from the train station at 0900hrs (thats in the morning, not at night) on December 28, which shows you how little daylight there is in northern Europe in the winter. 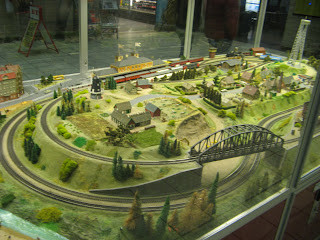 This isn't the battlefield, its one of the train layouts that they have in every major train station in Denmark. 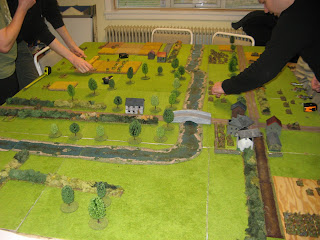 Here is the battlefield. Germans on the left, Allies on the right. 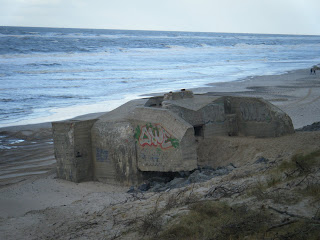 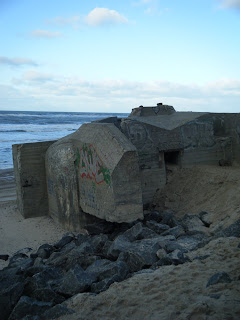 WW2 Bunkers from the west coast of Denmark.

They didn't tell us the order of battle before the game and I think its more realistic that way. I'm going by memory here:

It might have been by accident but the three guys with the English sounding first names played the guys with the Danish/German first names. The guys were really great and declared that the game would be played in English. This wasnt a big problem for them as they all spoke and understood English very well. Plus, their rulebooks came in English.

The battle itself is in the video, enjoy