But not for the family! I have finished up the Lord-Celestant on Dracoth for the kids starting Stormcast Eternals force :

Not amazing but table ready for the kids!

Skip on past the break for more pictures and information on upcoming units and battle reports!

It's very very frightening that there are now Stormcast Eternals in the house! The kids decided on that faction and I committed to assist with the assembly and some of the painting. Looking through the battletome they decided on the purple and gold of the Lions of Sigmar: 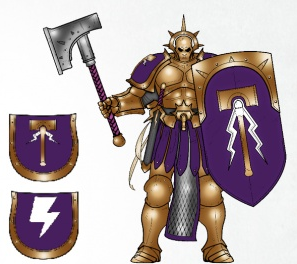 So with this paint scheme chosen we set to work to put together a simple step by step for the kids to follow to achieve the desired look. I modified the belt/skirt area to make it black (to break up the gold better) and here is where we stand with 10 Liberators completed to a basic tabletop standard : 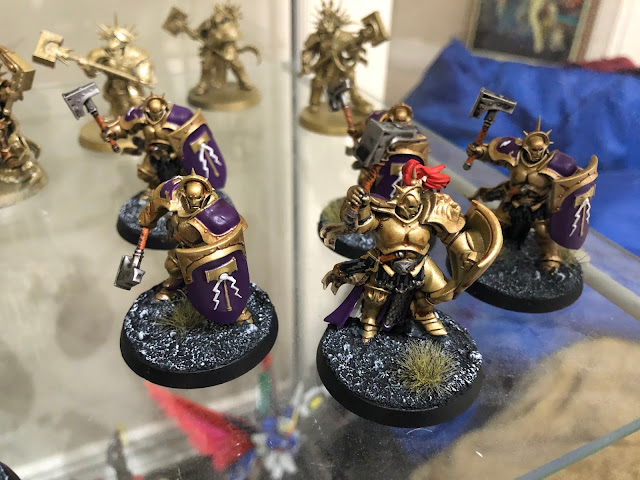 Click on past the break for a couple more pictures and our planned next steps!

As many may already know, Games Workshop closed down their warehouses, web stores and factories due to Covid-19. This impacted my next purchases for my Seraphon as I wanted to pick up a Stegadon and Slann. With all the local (and some not so local) sold out and not able to restock, I have started to shift focus until I can order the kits I want. So what to work on next? Well, I started by following a tutorial on Lustria Online about how to kit bash an Astrolith Bearer out of the eft over parts from a Seraphon Start Collecting box. This is what I ended up with : 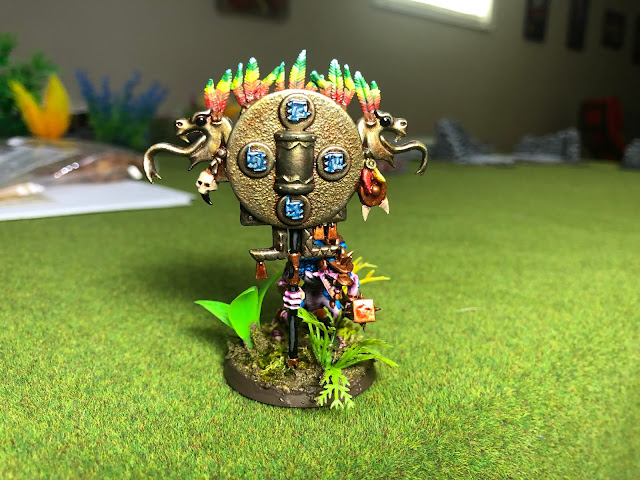 More pictures after the break and a link to the tutorial!! 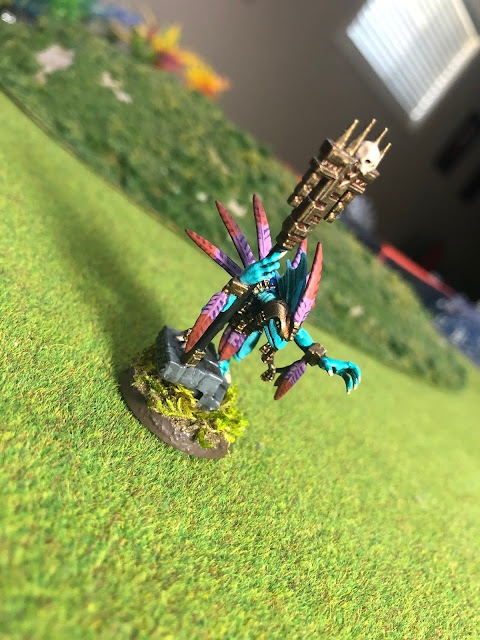 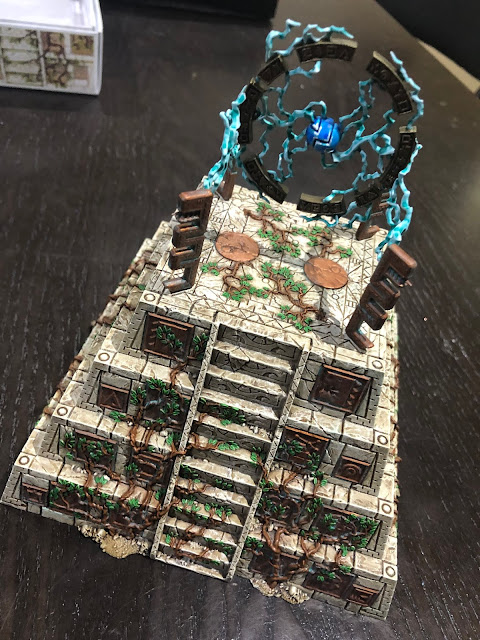 My thoughts in the build and rules after the break!
Click Here To Read More
By CA$H at April 19, 2020 No comments:

Return of the Carnosaur

You read it right - another Carnosaur for my burgeoning Seraphon army! This time around however, it features a Saurus Scar-Veteran instead of the Oldblood on the first one. I approached it the same way, using bright colors through my airbrush to get its foundation colors started. Here is an in-progress shot of the initial coloring: 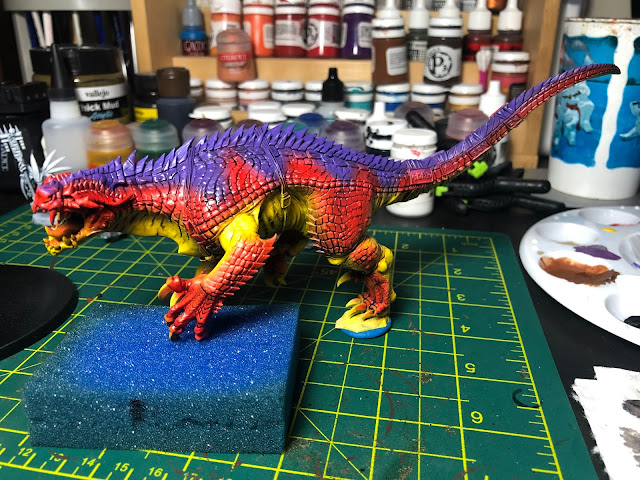 Click on in to see some more pictures of this mighty beast all finished!