I haven't managed to post any updates lately due to mad hours at work and life in general, and I apologize. What I plan to do now is start hobby video updates, to track and share my progress on the many 2013 games I plan to get into playing more!


Stay tuned for more updates. Thanks for watching!

Return of the Vids 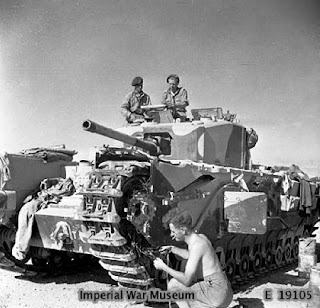 Hey guys, just a quick heads up:  I was able to hook up my old computer and snag all the raw data from my old Friday Night Fights videos that were lost to Youtube.. so I've re-stitched them and been uploading them again.

Here is the link the youtube channel with the old AARs:

Long story short, we had our big tournament at a new venue, Game Summit 2013.    The event is turning into a full fledged Con from its humble beginnings from a few years ago.   How do you know you've made it?   Klingons and StarWars folks, thats how!    Anyhoo here are some pics, and a quick Video of the Setup (I don't take video during tournament games anymore) 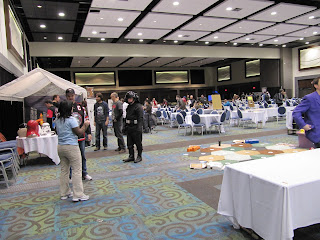 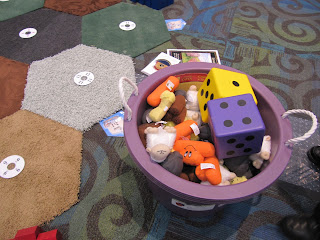 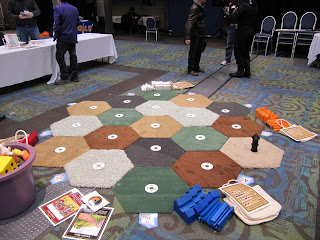 Huge-Settlers map, cleverly made by cutting carpet into hexes.  The houses were blocks of wood, painted 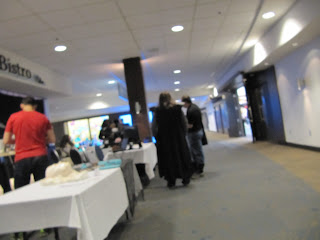 Sadly this is the best shot I got of the Klingon booth.  I hope others got a few pics 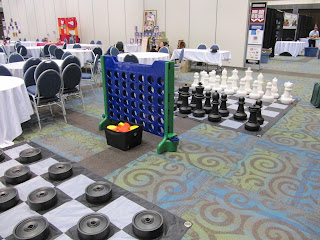 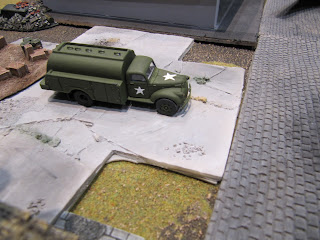 Best 15 dollars ever spent:  1940's era fuel truck for the airfield board. 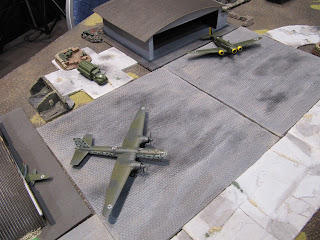 I had commissioned Jeff Black of OMG club for the awesome hangars.  Also, plane nerds, what is the large 2 engined bomber?  Hint, it was actually used against the British, and its not a Condor. 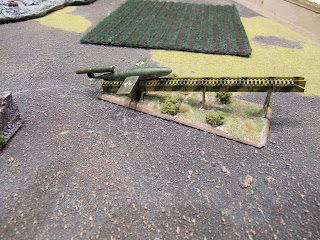 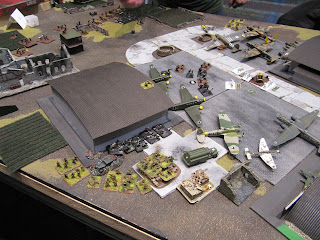 Thanks to those that brought extra planes.. here is the "captured german stuff" 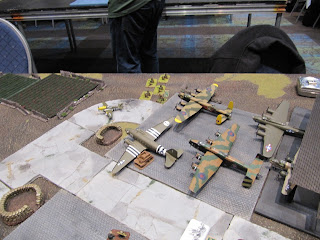 And here is the allied stuff.. I want that Halifax model something fierce! 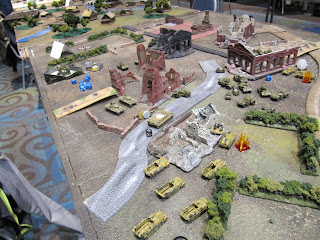 Quite a messy cluster of Germans vs Staghounds.  My Shermans later found out that some of 'em have AT 10 CrusaderIII turrets!!! 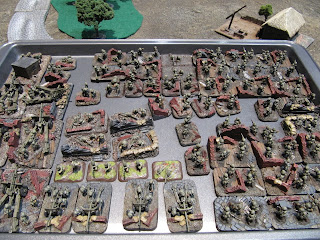 Mike Abbott's incredible Para's army.  This army got my best painted vote, though to be fair the lvl of painting keeps climbing higher and higher at each event, so its getting tougher to pick a clear winner.

Big thanks to the GS Set up crew, the Dice Devils set up volunteers (the free breakfast is a lie) and bigger thanks to Ca$H, who ran the event for us again this year.  It was a smashing success, good show old boy.

Here is my video of the setup, as I don't vid during tournies anymore.

Just a quick look in at our setup evening for the Flames of War Tourney running this weekend at GameSummit.
By Joyous_Oblivion at February 02, 2013 2 comments: