Head on over to http://www.gamesummit.ca and check it out. Expect the Drunken Gamers to be in attendance with full coverage of the event!

Head on over to the Escalation League page to see the current scoring. Dennis took some film of the games Friday, so stay tuned for those!

I am very happy to have completed a large portion of my support options for my Mid-War Fallshirmjager Company.  I am holding off on gluing on the aerials until I figure a way to transport them so that they don't bend/break... 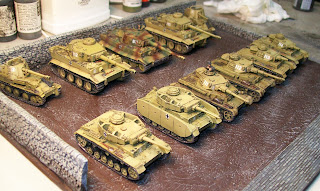 See more after the break. 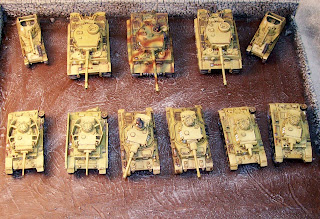 Last night saw some epic struggles take place in our Escalation League. Each of us played 3 games, with 2 of them counting towards the Tier 1 scoring.  Check the Escalation League page here on the blog for the rundown of points.

Round 2, Me vs Duane, Chris vs Tristan, Get a Unit off (the enemy board edge)


ARRs will be posted here as soon as Matt Varnish edits/uploads them - Stay tuned!
By CA$H at March 12, 2011 2 comments: 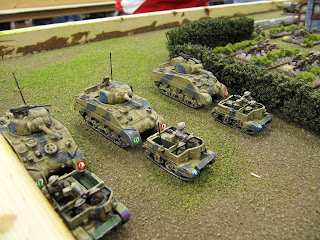 (above) Tristan uses the infamous British Army, while Duane and I use my german panzer army. So basically, its win-win for me.. either I win on my own for once, or my Brits win, just not with me at the helm!

I thought I had posted this the week after GameSummit, but I was mistaken. Anyhoo, after the giant Battle for Ukraine, some guys had to leave, so we had a 3 player game here, Duane and I vs Tristan, and I played germans for the first time, and Tris played Brits for the first time. 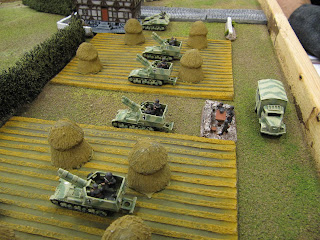 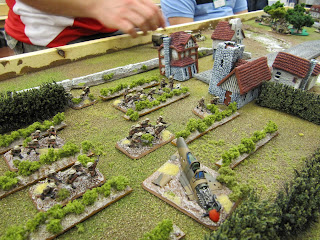 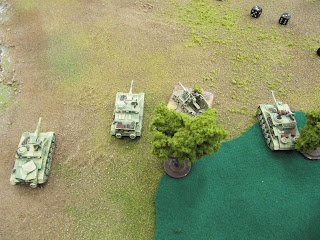 -Duane commanded the 3 StuG's and the heroic Marder I's 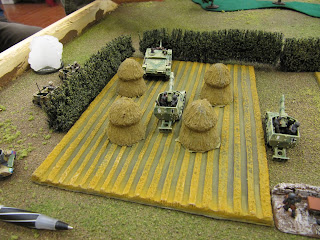 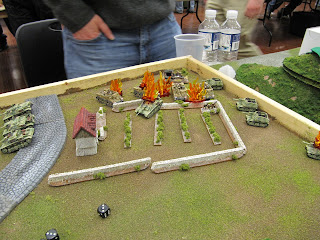 Here, the Marder's have helped destroy the 6 Pdrs, then clean up the Priests.. they weren't finished there though.. check the video below

(NOTE: my memory card was getting wonky, so I lost a few photos and some of the turns in the video are lost too.. I have since bought a new memory card for future games)

My platoon of Panzer IVH arrived in the post on Tuesday and I got straight to work. Here are some shots of the completed platoon. I used the same camo colors across the platoon, varying the pattern on each tank to maintain unit cohesion, all the while adding uniqueness to each vehicle: 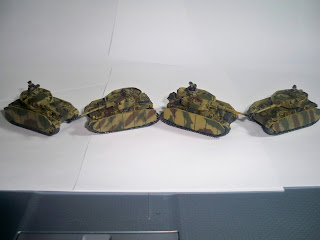 Click on after the break to see some more close up shots! As always, feedback is encouraged and appreciated. 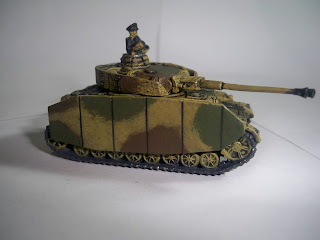 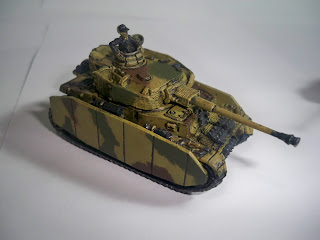 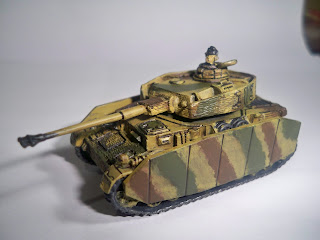 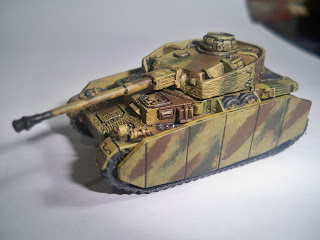 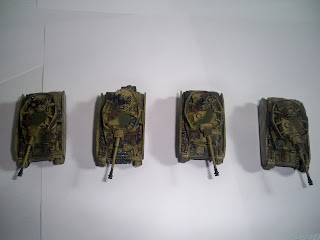 Thanks for checking them out. 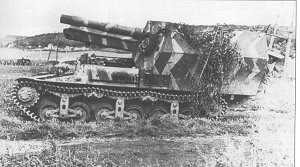 
I am doing 21 Panzer for my Germans, and they have a tonne of captured french stuff in their arsenal, in fact most of it is french with german weapons on it. The FoW team painted up the army box models in a generic late war scheme, and it turns out there are some interesting camo schemes to be had here.. sadly, it means redoing a lot of work.. 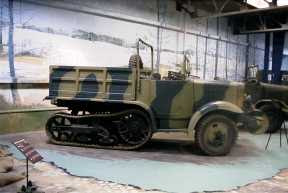 U304 Utility halftrack, the french used these to tow their 105 mm guns.. the germans used them as halftrack chassis.. Note the very dark grey camo as opposed to the reflective green of the standard colors.. 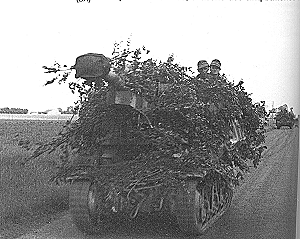 One of the StuG/Marder vehicles that Maj Becker built, this one a Hotchkiss H39 chassis.. how do I model on all that greenery?! 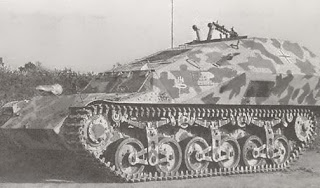 L37 Observer Halftrack for the Howitzers.. again, this paint scheme is completely different than the box art ones from FoW.. Itll be tough to do, but I like this more than the std green and yellow.. 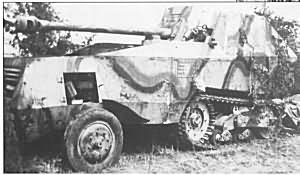 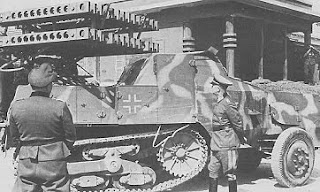 Raketen Vielfachwerfers.. Rocket Mortar launchers.. I have 4 of these on order, and this paint job looks sweet. 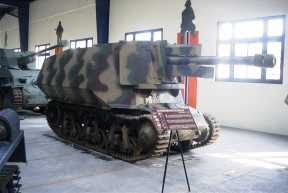 Color photo of the Stug H39/Marder I in a museum in France.. I like the added brown 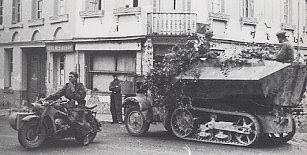 The infamous 'Bathtub" halftracks, based on the U304, with a tonne of bushes 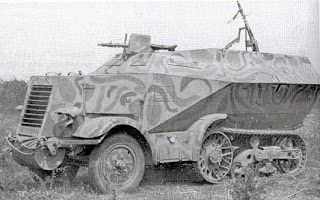