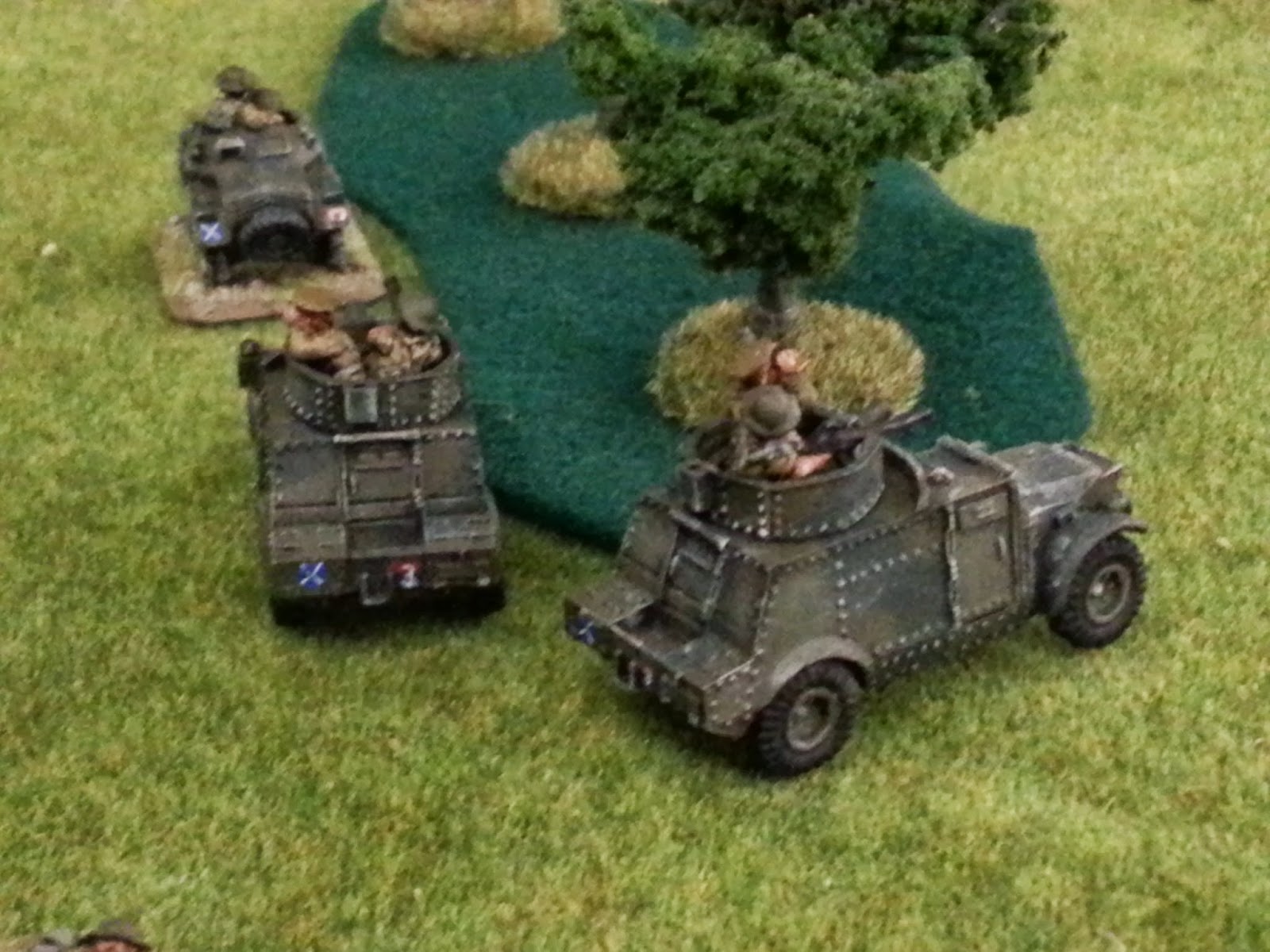 Rob Kelly's Brit Exp. Force scout cars, for Early War tournament March 15
Well gang, after finishing two armies on my staycation (pics here) I decided to continue with my Italians.   We have an EW tourney in 2 weeks up with the 'Petawawa Mafia' so time to get a practice game in.   Mainly a picture dump, starting with Rob's Highlanders on the shores of France, 1940, Kilts and all!
Click Here To Read More
By Matt Varnish at February 28, 2015 No comments:

Something Old, Something New: Moderns and Napoleonics armies FINISHED

Well I just came off a stay-cation, and painted up like a madman.. Finished my Modern-era Soviets AND my Napoleonic French.   Giant picture dump follows after the jump:
Click Here To Read More
By Matt Varnish at February 04, 2015 4 comments: