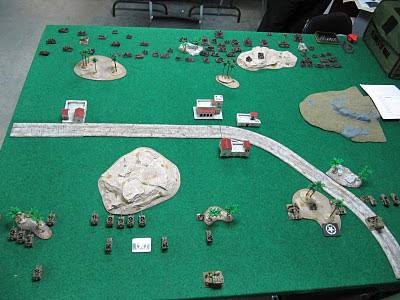 (above) Table set up at the CLGS. The terrain is my new desert scenery, so its out of place for LW but what can you do!

Mike_A and I scheduled up a game at the store, given that we both work nearby, but we had to get in before it filled up with the Malifaux/Infinity guys apparently. The Magic guys were in the other room. They need a Narnia room like up in Petawawa! Mike is running gorgeous US Para's on KK bases, and I am running my all light armor Beute StuG Abteilung, 1500 points practice for Game Summit which is in 3 weeks. We played Free For All. 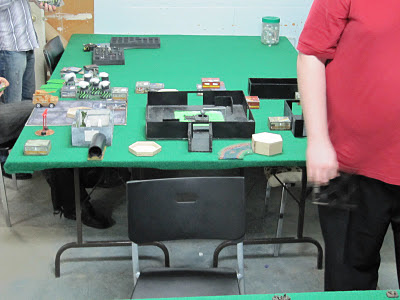 (above) good thing I brought terrain, because NO JOKE this is what the Infinity ( I think it was that game) was using.. If youre going to use dollar store models, at least paint them!

Next 3 pics of Mike's awesome Para's 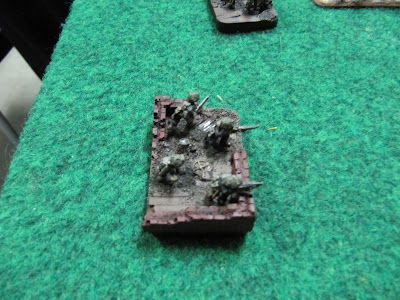 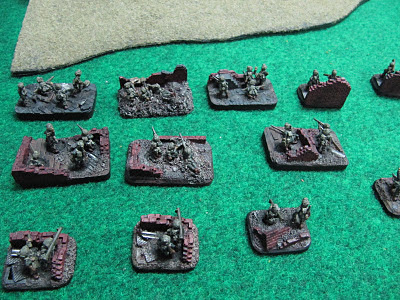 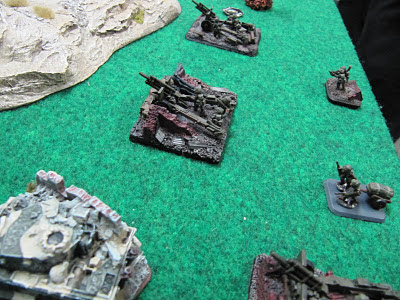 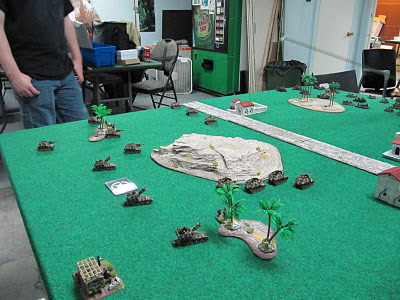 My setup on the left flank meant I was going to initially rush forwards, but all game I was trying to take out the 6 x 105mms, and to the end I couldnt get them below 3 guns. 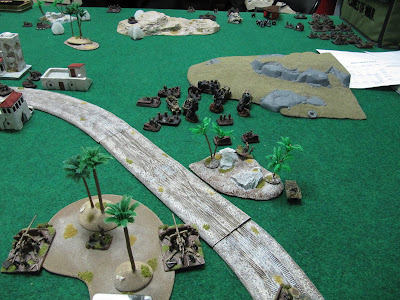 Meanwhile, the real action occured on this hill, where he moved up a unit, I moved up my GPGrens, and in a hideous assault, I pin him, assault, kill 2, he swings back, and I fail 4 of 4 saves, and fall back! He later crushes the rest of them and is now advancing on my LuftWaffe 88's and Panzerwerfers! 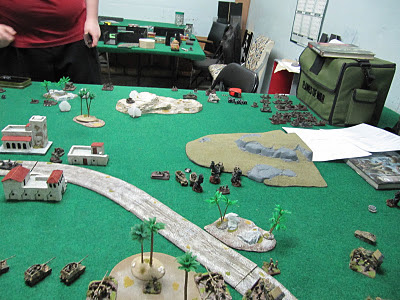 I had to move assets over from my left flank to MG and direct fire to whittle them down. Here in this pic you can see my horseshoe-of-doom. 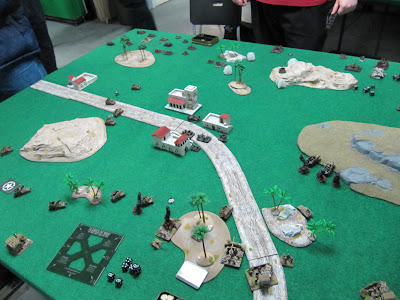 Not much left now, but I had wiped out one small platoon, he pulled back one, and he had one platoon, so it was as draw going in to the final turns.. The platoon in the town there is going to try and bazooka my one remaining StuG 39H and grab a second platoon kill! 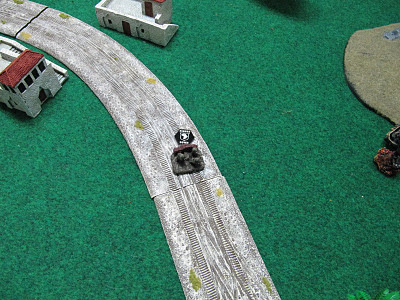 Sadly, he only bailed it, and all I had to do was wipe out 4 stands with my entire army for the extra platoon kill.... However, they were wise to bring their own brick walls, as he made every save! Lame that it ended this way, but the game was great, and it was nice to play someone I haven't played before, especially to tune up my list! It was incredible the amount of guys I killed, but only the 1 platoon counts, and he killed all my infantry and only a smattering of vehicles to pull out the draw

Mike, post your list if you read this in the comments below! I know he had roughly engineers, men, men, HMGs, 57mm AT (aka 6pdrs) and his Arty.