Click Here To Read More
By Matt Varnish at September 13, 2017 No comments: 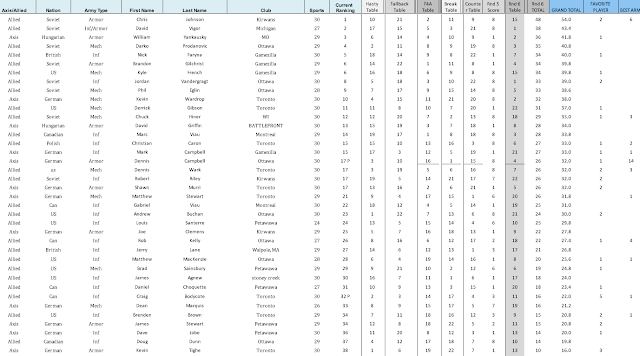 You will see some clever use of Artillery transports in Chuck's list (which will be nerfed shortly by needing to stay near the parent company)and surprisingly, only two of the lists below used more than 1 formation.   Enjoy.

#1  Chris Johnson did not submit to Dave (or Dave forgot to send it to me) but we have some intel, here is a pic of his army: 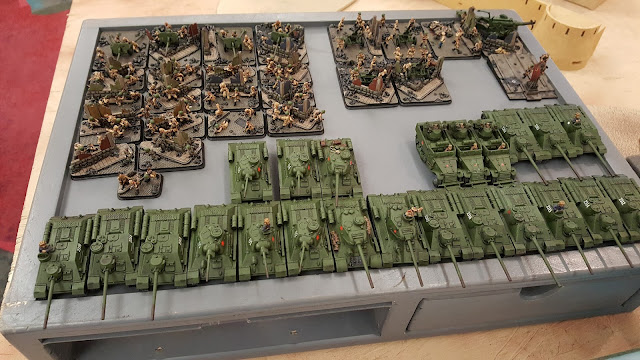 
Hey gang, just a quick picture dump of Cdn Nationals 2017.  We played 3 different points levels, Late War V4, using the Gen-Con rules for determining Attacker-Defender, AND by unanimous vote to Dave Griffin, we also used the Proposed Win Conditions (designed to reduce draws) from the week-old More Missions from the front.  The points levels were 1050, 1405 and 1865, with 2 games at each points lvl over the course of 2 days.   I personally wasn't a huge fan of the points lvls, because with the small Warrior book, main V4 rulebook, More Missions, MLFTF, and whatever else you had going on, it was a lot of book keeping during games.    Anyways, picture dump for you guys, and I had tried to get as many army shots prior to game one as possible.   Enjoy!