So over the course of the past few weeks, MattVarnish and myself have been taking to the sky in the name of freedom. Aces High is an online only WW1/WW2 combat flight sim with all the bells and whistles of amazing gameplay and pretty good graphic representation of the aircraft you can take control of. It's funny that both Varnish and I have dads who were in the Air Force and we were in Germany near the same time and played a lot of the super old flight sims, games like ACE, Mig Alley, F19 Stealth Fighter and of course Ace of Aces, the WW2 Mosquito combat flight game.

Jumping into a wide array of WW2 aircraft in Aces High is an easy task and this game is not too hard on most computer systems. The fact that it is online and puts you against other people in combat situations is a lot of fun. As our adventures on bombing missions and driving around in a PT Boat continue, so will the updates and exploits of two Dice Devil members taking to the skies. 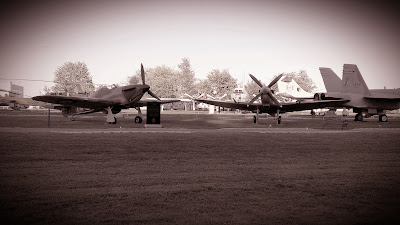 So last Sunday, Phantom and I drove up to the army base up in Petawawa to buy a few things from Perkins' store, and he showed me the cool stuff that is on base. I had only ever gone into town to the store so had no idea. Here are some pics. 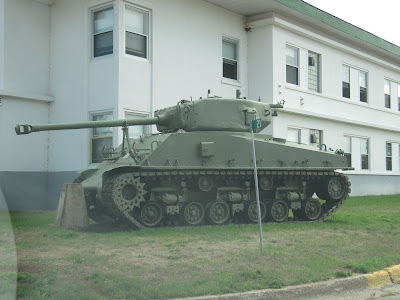 (above) One of 3 Easy 8's on base that we saw. The green is a lot lighter than the typical BattleFront allied Green. Though this could have been issued after the war for Korea 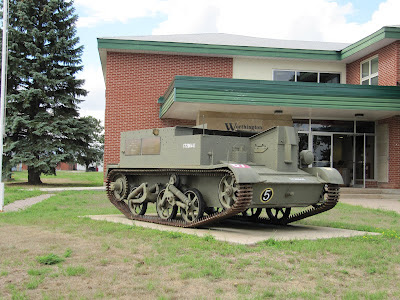 A classic: The Universal Carrier near the Royal Canadian Dragoons building 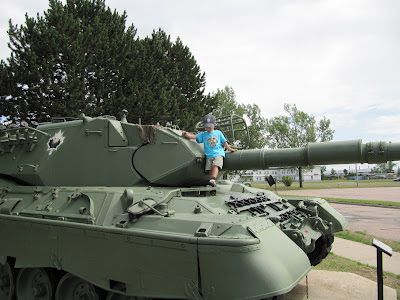 Phantom's kid all over a Leopard MBT 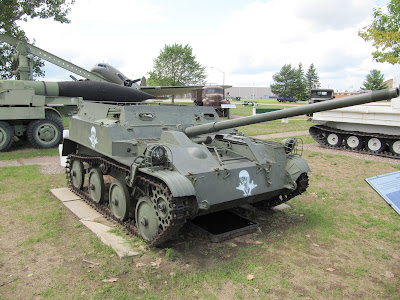 A paratrooper support weapon: A soviet SU-57 tank destroyer. Reminds me of the low-tier TD from World of Tanks! 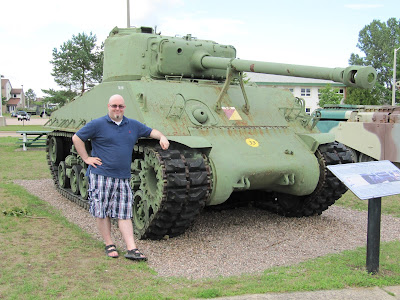 Me in front of another Easy 8. Below is the video, we have an '88, a german 15cm howitzer, Centurion, C-47 "goonie bird" and some Daimler Dingo's (which in Canada were called Ferrets) Enjoy.. coming soon is the first in a video series about how I go about planning and painting an army, and how to make the whole army stand out, rather than a straight-up painting tutorial.
By Matt Varnish at August 18, 2012 No comments:

This Friday's game consists of replaying the silly 4 objectives in the center mission we came up with. It was basically to help force all the different units on both sides to have to get stuck in - and it worked! Nothing was held back, everything played a part in the battle somewhere. The armies were 2 separate companies per side, each company was 1625pts - MidWar.

This means 3250pts on each side hitting it off!

Hope you enjoy the video AAR.

Game 2 from our BBQ/FoW day at Phantom's place - enjoy!

A few of us got together at PhantomRescue's for some FoW and BBQ!

Here is the first doubles game we played, trying out some custom scenarios and mission cards Phantom has been working on. Enjoy!

Check back tomorrow for coverage of our second game!

We tried something a little different, and had a blast losing the game by Turn 2! We kept on playing, so check out the video for all the action!

Played a few games on the weekend. In addition to the Friday Night Fights, we had a Sunday Bloody Sunday event. With a small crew, some beverages, two kids running around and a BBQ, made for a heck of a day and here's the feature match of PhantomRescue playing his German LW Panzergren list vs. Matt Varnish's LW Free French.

We have some of the new bocage/hedges that Varnish brought back from Historicon and we are loving the look they bring to the game and the table. I laughed at some of the video because I called it an 'event'. I think playing against Varnish is always a blast and seeing as he is in the top players for Flames, I always learn a lot and he does not give too much away. I'm happy to play against the guys in my club, they all have different styles they still don't let me get away with anything when it comes to the game and the rules. This alone helps me pick up so much and I have come a long way I think in the short time I have been playing. Enjoy!
By Matty at August 01, 2012 No comments: