Ok so this one is a doozy. 28 pics plus video, but then again we ended up getting 7500 pts for the Battle in the Ukraine. Sit back, grab a brew, and enjoy the fruits of months of painting in this huge battle. 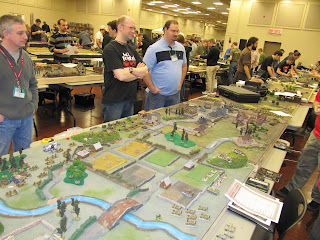 Pregame shot, Russian players await the german push.. BTW, click pic for close up of Brett's 'Bitch please' face. Perhaps he just found out the official soap of the GameSummit WFB tourny is... NONE!! 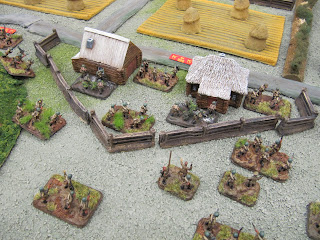 Dug in Russians in the farmlands above and below.. 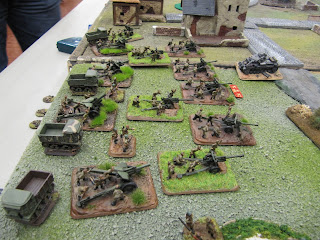 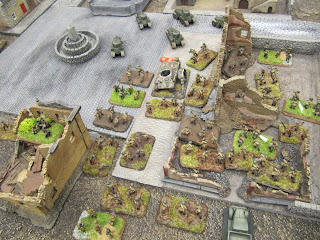 .. while more Dug In infantry surround the urban objective. BA-10s can be seen as well. 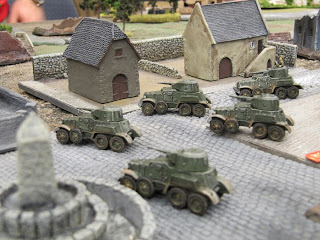 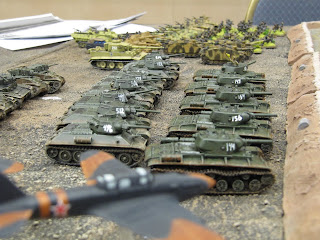 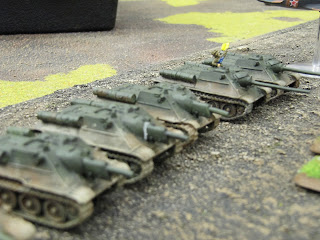 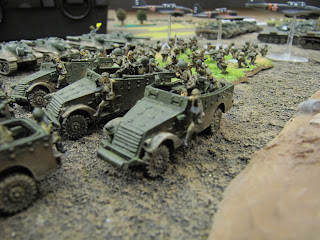 Truck Motor guys (they have a real funny russian name) EDIT: Razvedki is what they are called.. I love that they hang off the fenders with their PPsh's, 1920's gangland style! 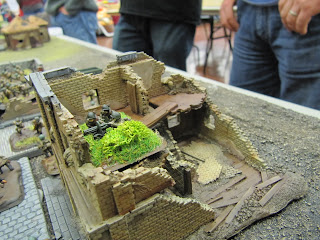 Chris' Maksim settles near the potted plants on the second floor of this house??? 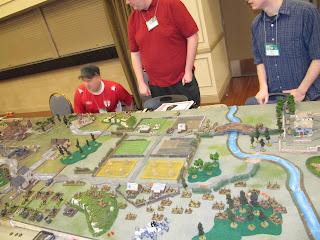 End of deployment pics, this is how the table looks from the Russian POV at start of game. Germans get first turn. 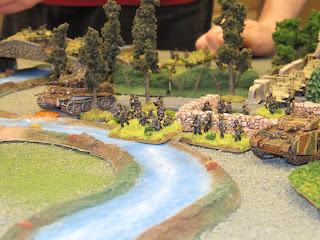 SS units advance up to the creek... 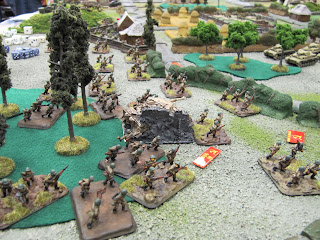 while in this shot you can see how close Mike's Panzers get to the russian lines after Stormtruppen moves. 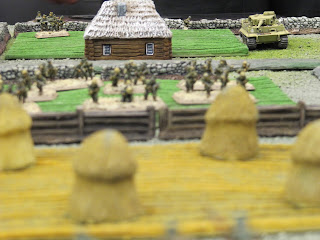 View of the other Tiger covering the advance of the DAK troops up the open fields.. Not seen, Mike's '88s on a nearby hill, discouraging any armored presence in the field area.. 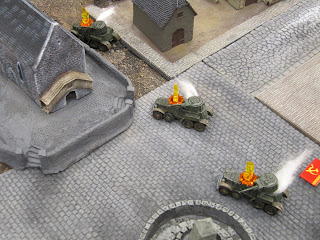 BA-10s on fire in the town square.. they got hit by StuGs and Panzers.. lucky to only lose 3 to be honest. 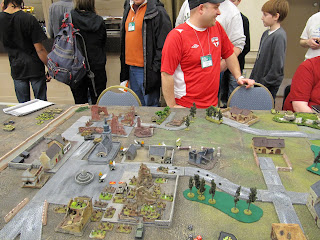 Better shot of the Urban area, burning BA-10s, and Tristan explaining to kids why adults are lining up behind them all of a sudden! Reason? Beer Cantina open for business at 11am. Best table locations ever! Thanks Corey. 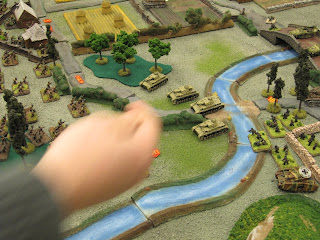 (above and below) Russians shoot and assault the German troops. Perhaps they went too far with Sturmtruppen? Tiger gets Bailed but not Wrecked.. Alex just has the devils own luck on keeping Tigers alive. 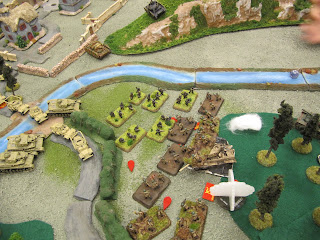 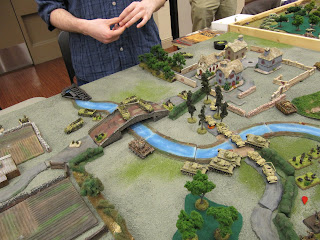 Gravy Train of Aufklarung vehicles threading their way up the road between PanzerIVs.. Mike play them aggressively. 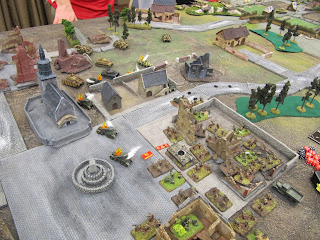 Infatry still holding the wrecked T-34 objective from Tristan's timid Panzer units.. seemingly a single BA-10 scares them.. though after the BA-10, the dug in men are literally the only thing stopping the Panzers from taking the objective and winning, since the Red Army reserves all came in centre and farmland objectives.. 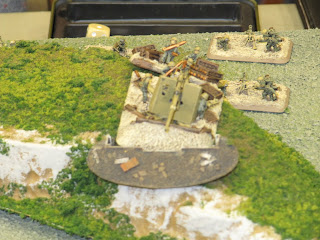 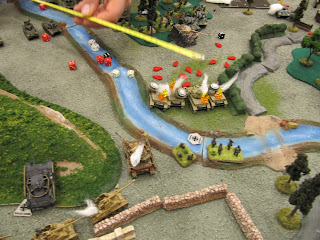 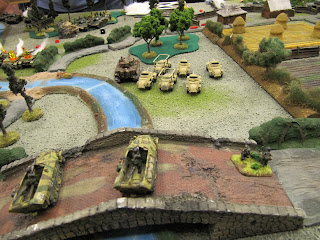 This is all the Germans have left to send into the farm objective meatgrinder.. the Reds have a tonne of tanks to spare. 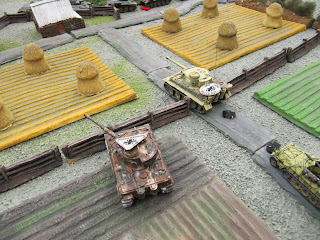 Tigers, Bailed, Bogged, but not out. Duane pulls the ole say "Anything but a one" as Chris rolls firepower test on top armor to shaft him.. way to Jinx it D!! 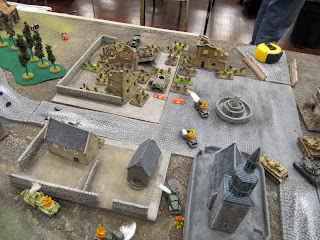 Tristans Panzers slowly move closer to the infantry. At this point I was running demos pretty much constantly, so check out the Vid for the ending. Also, lesson to everyone, stop filming if you go into the game, so you dont get a few minutes tacked on to the video.. sorry!