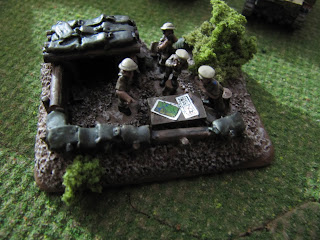 "Hmm, perhaps we are reading these captured maps upside down, what do you think, old boy?" 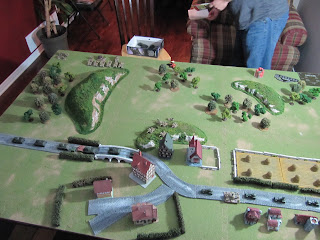 We decided to finally try Roadblock. I was using my Motor Rifles with Priest and RAF support, while Chris rolls a d6 to select an army list to use, and gets all tanks... thankfully not the KV-1 list though..

I choose his unit of T34s as the target unit (bottom left on road), with the 6pdr's as my Ambuscade unit, and he decides the escort unit should be his BA-10's (bottom right) I question this until after his recce move, they are in position to wipe out my 6pdr unit. 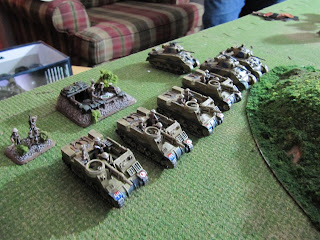 Priests and Sherman IIIs deploy behind the large hill.. 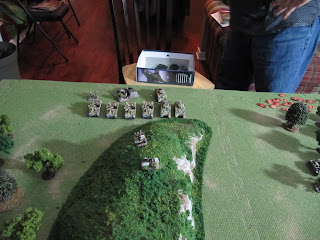 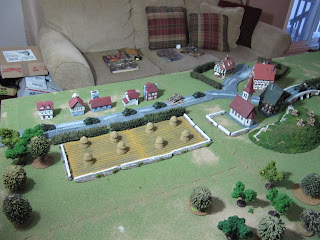 I decide to ignore the objective near the field (above).. to concentrate on the one that has a forest to cover my approach (below).. 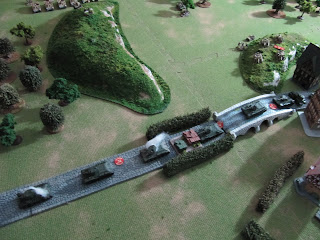 Ambuscade: With 12 shots hitting on 2+, I hit 11 times. Str 10 vs side armor 5 SHOULD have killed more than 2 tanks out of 5.. but my ammo was clearly faulty, and Chris was pretty lucky with his rolling 6s for armor saves.. in the end, my Ambuscade kills 2 tanks, including platoon command, and bails another. 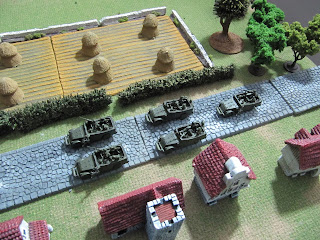 His reserves come in turn 1 from either end of the roadway, so his truckriders come in (above)... 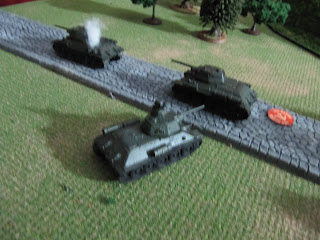 While his Commanding Officer in a T34 (above) can appoint a new T34 command.. smart thinking. 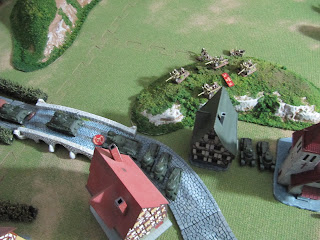 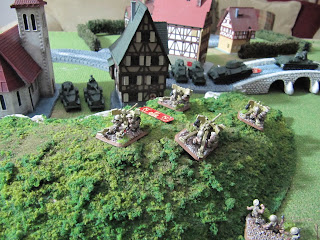 They would lose enough stands to fail a platoon morale... 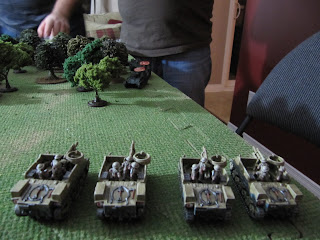 Meanwhile, his SU76s move off the road to threaten my Priests, forcing me to move them. I would bail most of them, and lose a Priest in return. 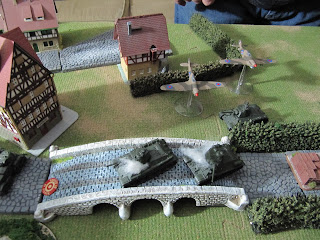 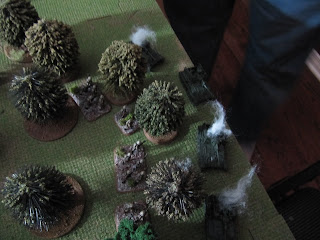 My infantry assault and finish off the last SU76 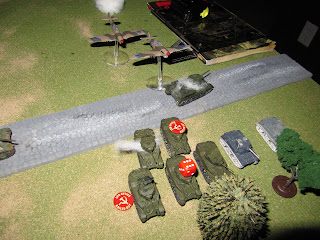 RAF are unable to do much to these Stuart IIIs though.. In the end, this will be my downfall, as they cut down my infantry trying to move up to within 16 inches of the roadway objective. Victory to the Reds