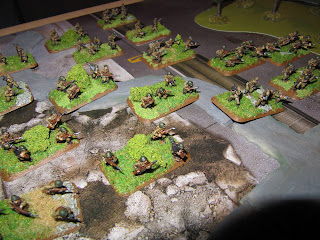 Last night, Drew aka BigWillie, and Chris, aka Moser aka Lothlann played 1 of 4 games fought. I had only one Video recording of it, and it wasn't good, because I was rushing my game vs Brett aka Pripyat. However, Tristan aka Ca$h (so now you know everyone..) was kind enough to snap a few shots of their game. 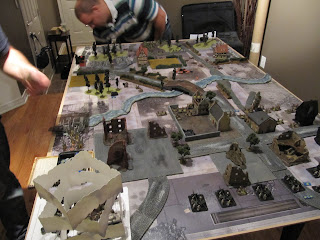 (above) Scenario is Breakthrough, so playing lengthwise 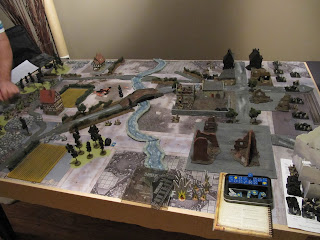 (above) Another look at the battlefield with all the new terrain that got ordered.. ignore the GW Urbanscape mat underneath! 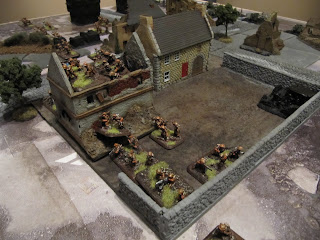 (above) Dug in Canadians defend against the tide of Russians.. this is a good spot! 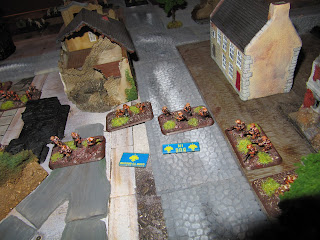 (above) More Canadians pour fire into the Soviets aided by the 8 gun battery.... 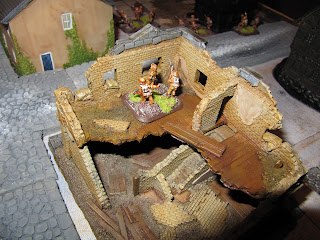 .. which is being called down from this well-placed Observer team! 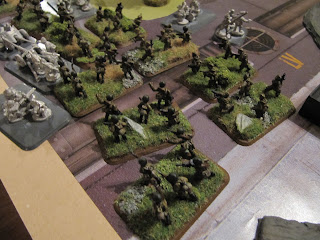 The russians press the advance, but being on foot and attacking with no armor, is an uphill battle.. 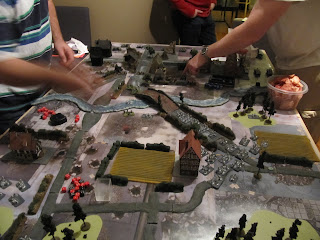 (above) Sadly, the terrain is against Chris as the river that was placed to minimize effects in a normal battle, forces the Soviets to rush the bridge to cross the center line, all under the withering fire of the HMGs in the large house. 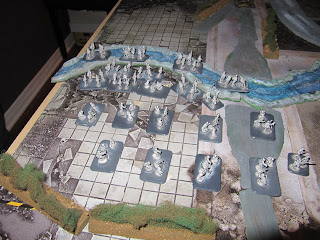 Chris gets men across th river to stave off defeat, but later concedes, acknowledging that crossing the river is well and good, but he was going to run out of men before he got anywhere near the 2 objectives.
By CA$H at January 15, 2011

Email ThisBlogThis!Share to TwitterShare to FacebookShare to Pinterest
Labels: Battle, Flames of War