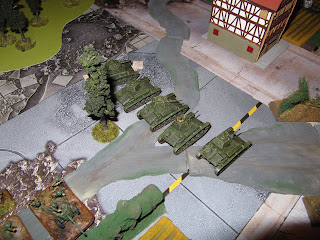 (Above) T70 light tanks head towards the inn near the potato farm... they make Vodka from potatos right?! 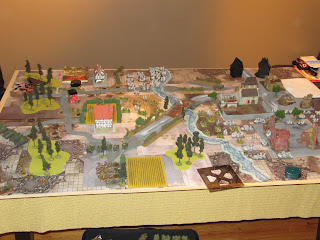 (Above) Always an epic battle, is Soviets on Soviets. Mission was breakthrough with Brett on the offensive. His objective quarter is top right in this pic, near the two burnt out cottages. 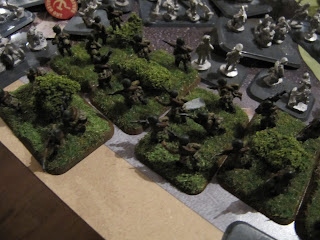 (above) Chris' plucky painted unit here would go on to heroic deeds for Mother Russia, killing tanks and drawing a good amount of fire away from the objective defenders.. all near/in the potato farm area! 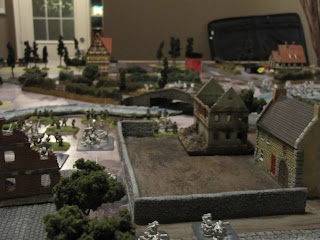 (above) View downrange of Chris' guns. 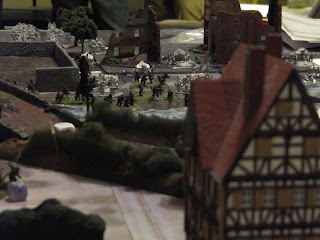 (above) Reverse view, you can see Chris' guns near the brick ruins, Potato Inn in the foreground. 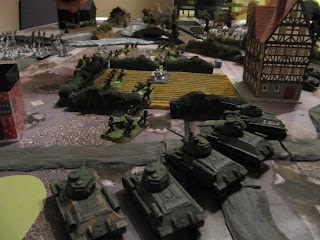 Here is where Chris' unit defeated and forced back a unit of T34s! 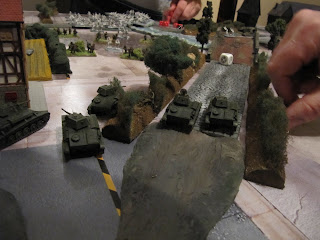 (above) all game long, the lone observer on the crest of the bridge called in artillery, and survived the fire from these T70s! 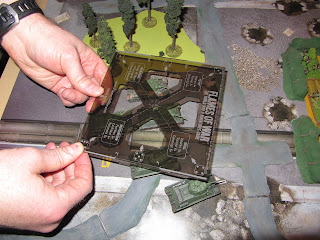 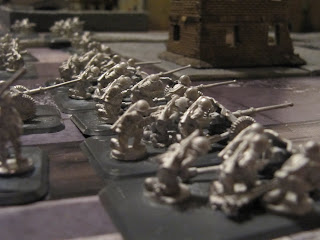 In the end, Chris had a tonne of stuff arrayed in a horseshoe of doom, awaiting Brett's reserves arriving on the objectives. In the end, I am told Brett squeaked out a victory despite massive casualties. Video is below.

Email ThisBlogThis!Share to TwitterShare to FacebookShare to Pinterest
Labels: Battle, Flames of War