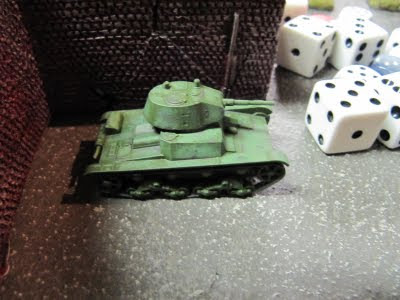 Brent, aka Tickron, decided to give this thing we call Flames of War a try after playing a tonne of World of Tanks as Russians. Brett aka Pripyat, helps him out vs my 21 Panzer list from the previous post. Here is his first tank, a Zvezda plastic T-26. The color scheme is good, I like the weathering effect of it.. just needs red stars


Pics and Video after the break.  Klick Herr ↓↓↓ 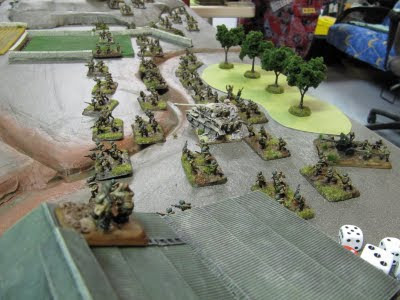 Te soviet side sees the ZiS-3 observer on the roof of the factory in the foreground, with a tonne of infantry about to do the march to retake the ruined village my Panzer grenadiers were defending. 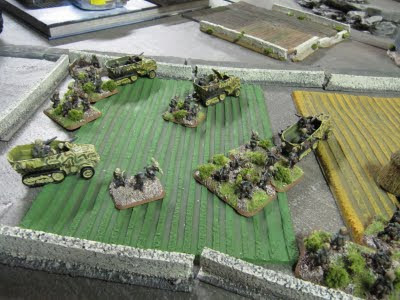 My PanzerGrenadiers.. the others in the town aren't painted so, the ones in the fields will have to do!

Video of the game plus we discuss a bit afterwards. Hope you enjoy.

For any Starcraft2 players out there.. there was a good concave in this game, the Horseshoe of Doom.
By Matt Varnish at September 03, 2011