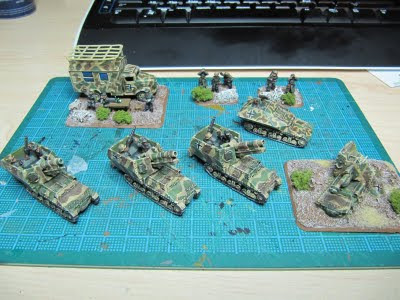 So, as last week's post stated, this unit rocked vs that Soviet force, single-handedly wiping out/routing a ten-strong unit of T-34's then breaking the back of a depleted infantry unit as it charged my Panzer Grenadiers.. Therefore they earned themselves a good paint job at the top of the painting pile. Here is the entire battery plus 37L objective marker, which was my test model as well. 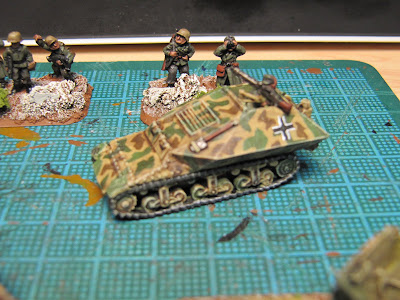 This is a command/OP Lorraine. Below is the historical picture. Note the binocular periscopes for ranging in. 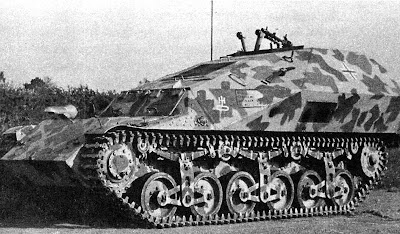 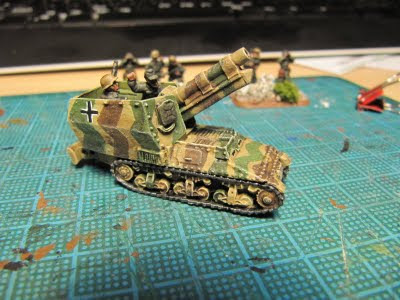 Very boxy.. wouldnt be surprised if these were called Volvo 37L's :) 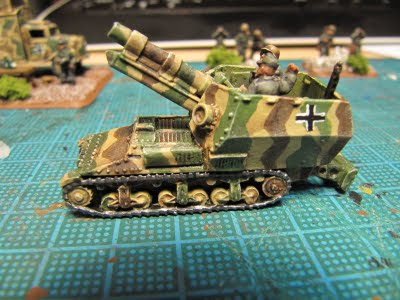 Below is the historical pic. I have experimented with the bushes, and haven't found anything I like yet, I may leave them bare. Also note, the "real" camo is NOTHING like what the BF Studio used.. which is why I had to repaint them. 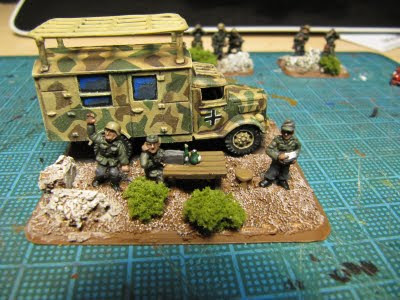 Last but not least is the "Mattress Mobile" radio truck, which is technically the staff team's vehicle, though these guys have no maps, but have some "liberated" french alcohol.. Clever Hans indeed!

Hope you enjoyed the pics, hopefully they continue to melt face tomorrow night in-game!
By Matt Varnish at September 08, 2011