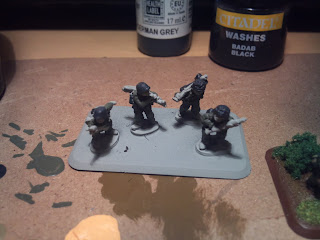 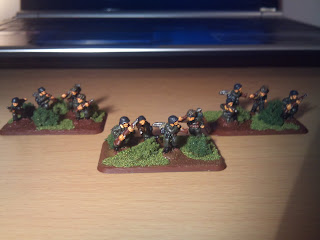 More after the break. 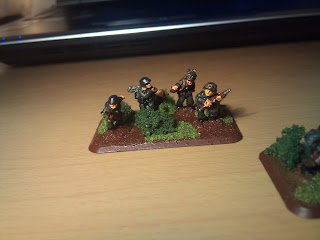 Today I decided it was prudent to get in on the infantry. Infantry takes
the most time for me to paint, so getting them out of the way first would go a long way towards ensuring that my army is painted in time.
After doing a lot of research into German uniforms I decided to go with a generic colour scheme that way I can play early, mid or late war. So far 3 stands down. Using almost exclusively vallejo paints and sealing them with a can of Testor's Semi-Gloss Lacquer (1959) because I like a slight candy coat to my minis without losing too much detail on the inking and shading. 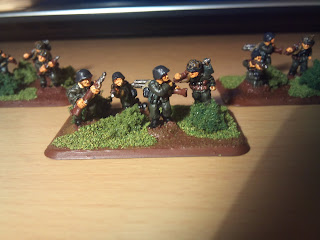 Here is how they turned out. Pretty good, I thought!
By Clockwerks77 at September 05, 2011