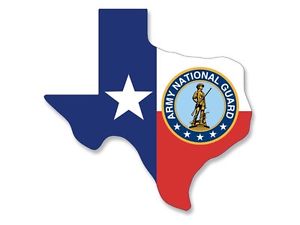 Don't Mess with Texas, National Guard!   Tris and I play Counterattack (as always, video below), I always bid attacker, we play on a nice board set-up at Scott's place, see below deployment pic: 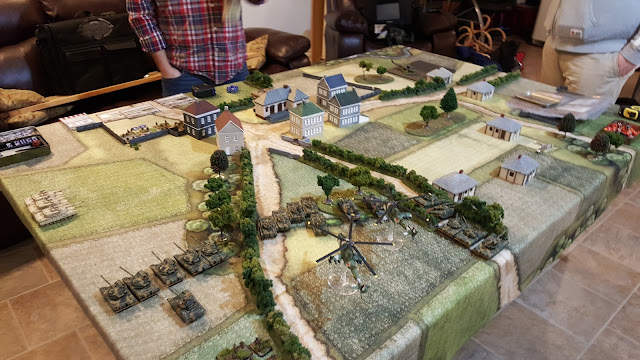 The 3 M1s on left are in Ambush, not really there! 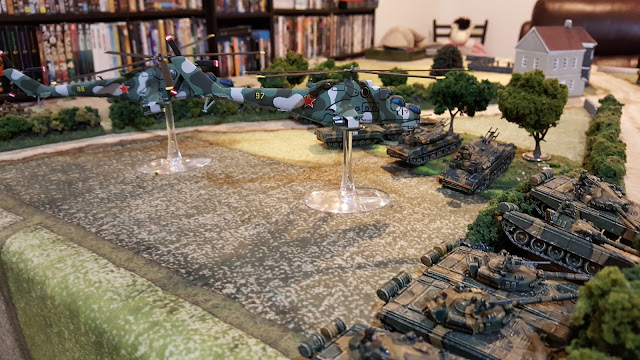 Freshly-painted units for me:  Hinds 3 and 4 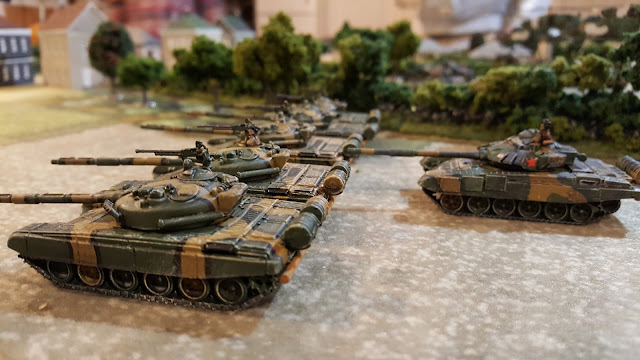 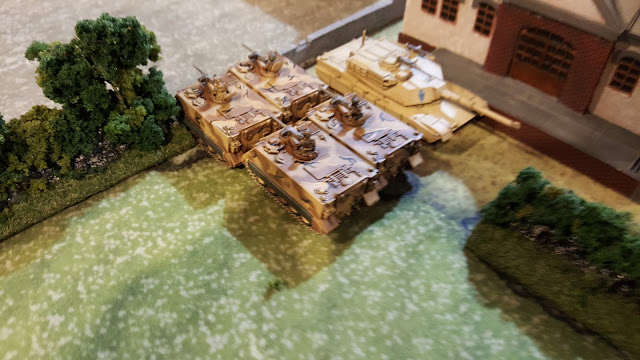 Tris has his M113s ready to contest the open objective, his tank HQ ready to flank my tanks, and his mech platoon dug-in on the other objective. 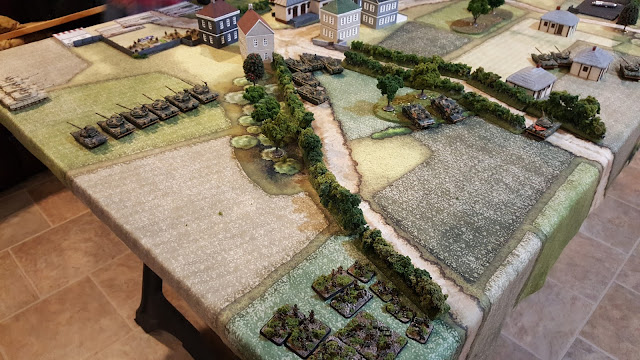 Completely ignoring my own advice from last Battle Report, I split my forces, using a 'cross here' for the first time on the right-hand tank platoon. 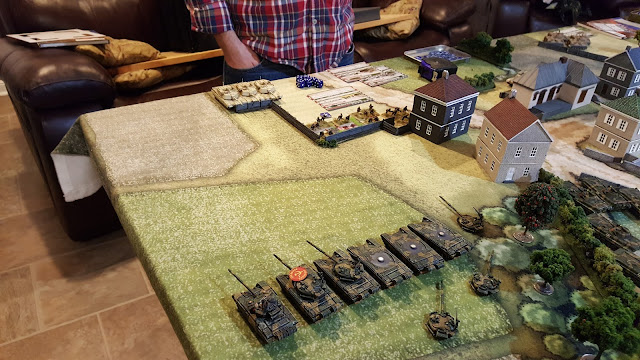 M1 Ambush deploys behind the fencing, and kills 3 tanks right away.. 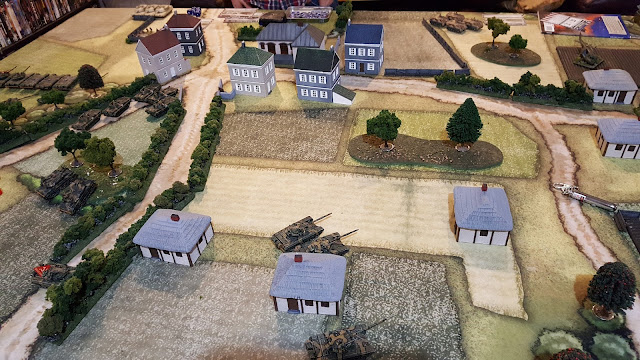 My other tank platoon races across the countryside to get to the crashed Huey objective in the field, top right of this pic.  His M113s have same idea. 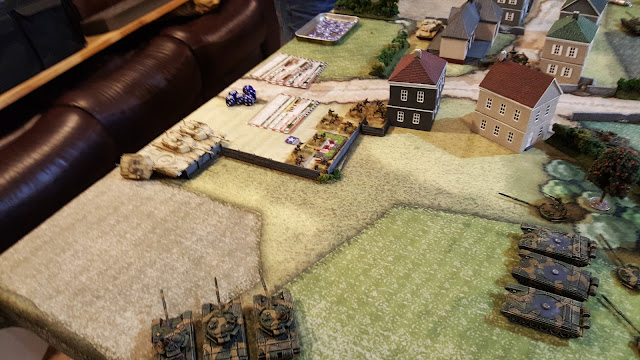 My remaining 3 tanks can't kill anything.  My Hinds came in lower left, lost one to .50 fire, kills one tank, then run away. 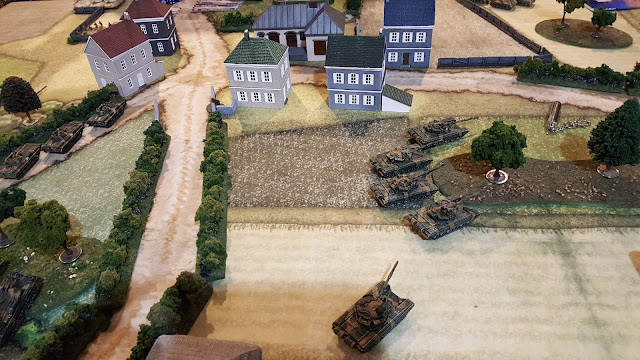 Meanwhile I make some progress towards objective, but am wary of his other platoon of tanks which will come in to my flank.... 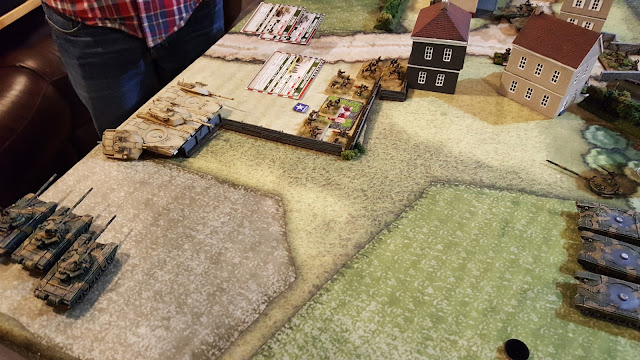 He missed / I made my saves, and kill one more tank.  He passes morale. 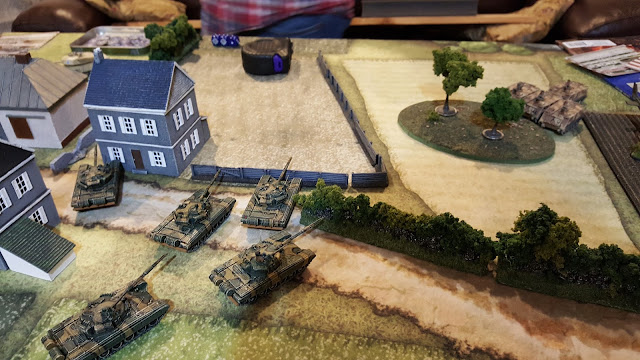 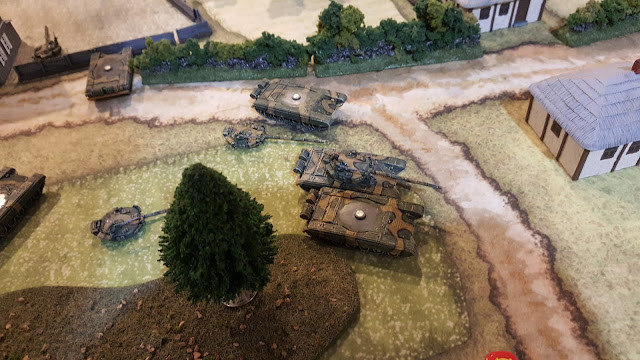 ..and subsequently get vaporized as predicted, by the Reserve-Reservist M1s! 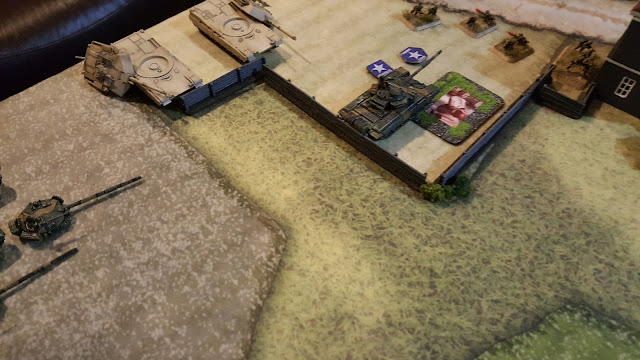 This is close as I would get:  my Battalion HQ tank sits on the objective, but his infantry had no broken after being assaulted by a motor rifle company and some tanks.  I lost all other platoons on the other flank to his Cobras and M1s. 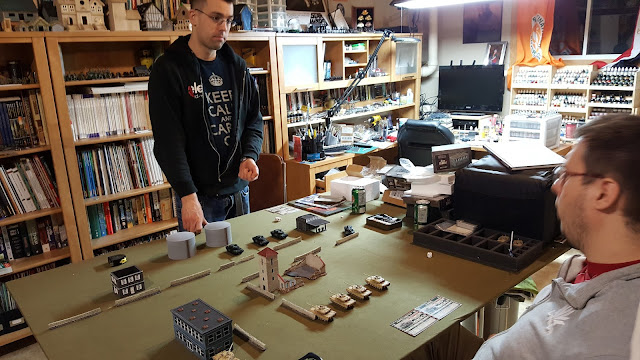 Other games going while ours was on: Marty and Andrew in the painting room.  Andrew smugly telling Marty "Yep.  Leo IIs are exactly like M1's, except better in every way" 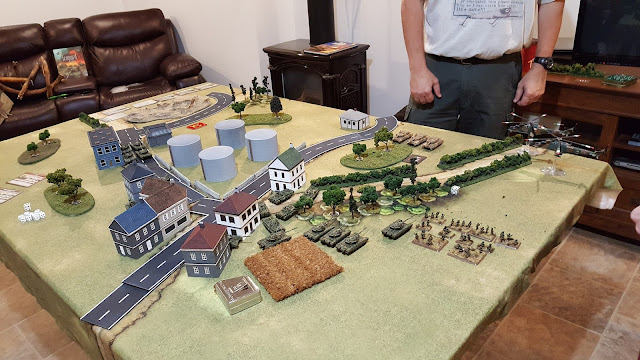 3rd game had Brett playing his Hungarians again vs Scott's Desert West Germans (partially painted, so I will withhold close-ups until they are done) 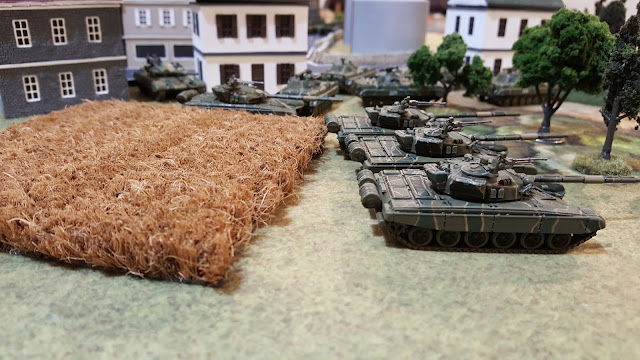 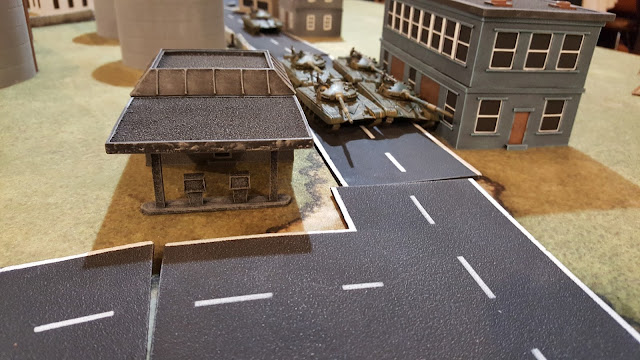 I REALLY need to pimp up the gas station terrain piece... 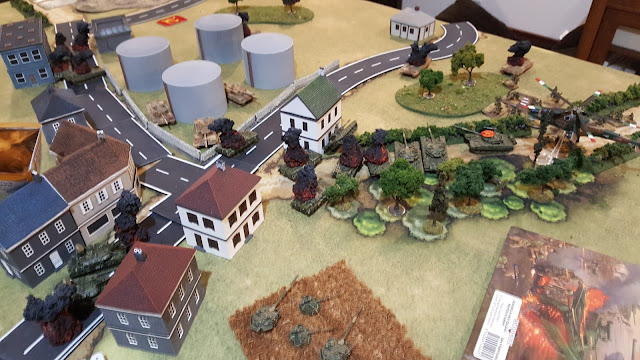 Even when not in 'Tank Country' Team Yankee is a bloody game.. so many wrecks! 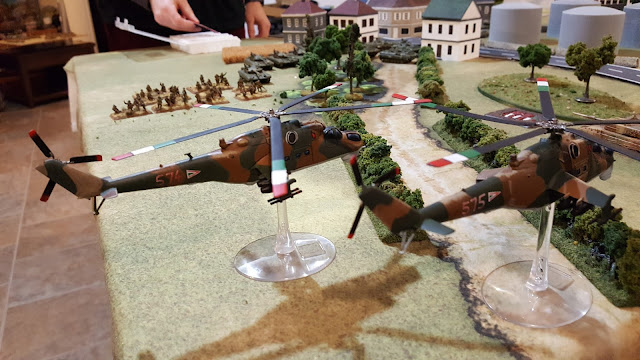 Hinds, always looking for flank shots on tanks.  Would get shot down by Rolands... 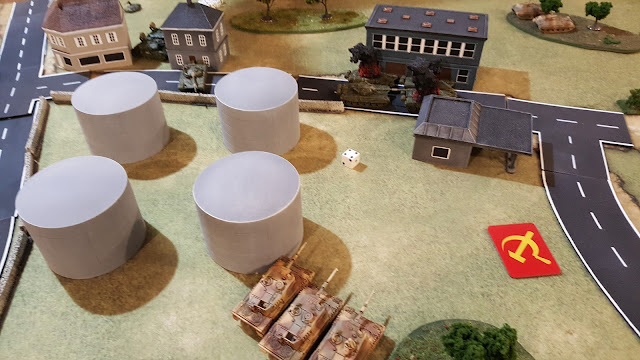 In the end, these Leo IIs would take the objective by the corner gas station there.  The Kinder-Surprise strategic reserves are safe from Communist Hands!?!

Anyways, hope you enjoyed it.  Thanks for the game T, and thanks for hosting us Scott.
By Matt Varnish at February 01, 2017