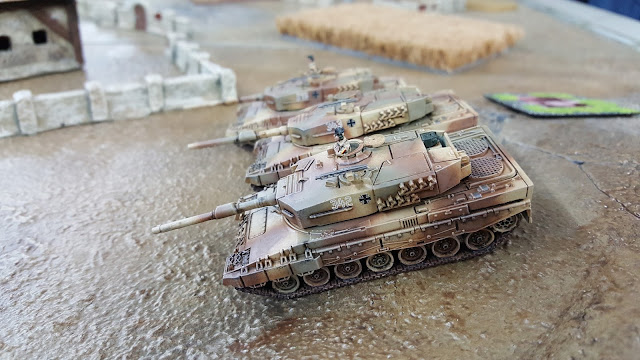 Time for another (11th) Team Yankee battle report.   Scott has finished his gorgeous West Germans, and thus the two desert armies fight, on a desert board (Note, Kevin's Iraqi Republican Guard are still being worked on.. sooo many..T-55) 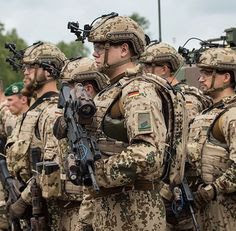 "Ludwig, vee haf not been to ze Desert since Rommel!"

Here are a few pics, but with multiple games and movies going on, the Video tells the better story.  As ever, video is at the bottom: 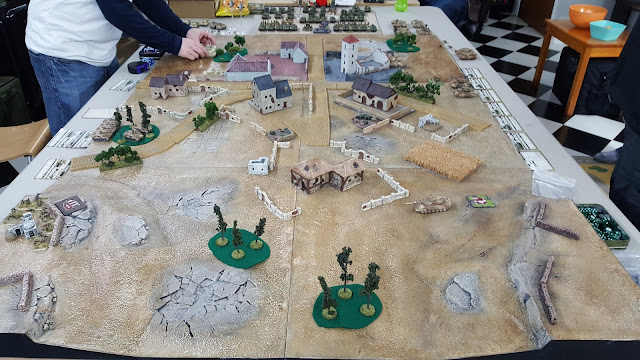 Brett's Desert table, using the old GW Realm of Battle boards, with the skulls filled in, of course.  Tris deploys his US on the left, Scott's krauts on the right. 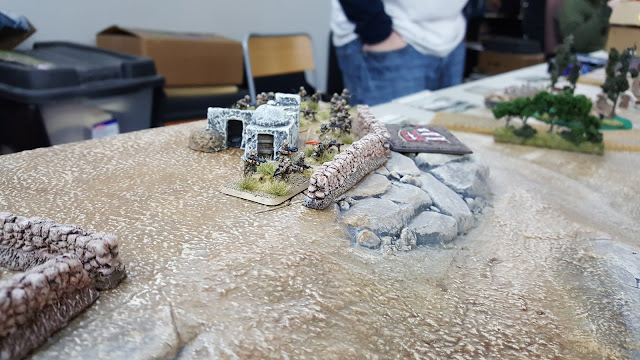 US Mech Infantry deploy up by the stone sheds.. 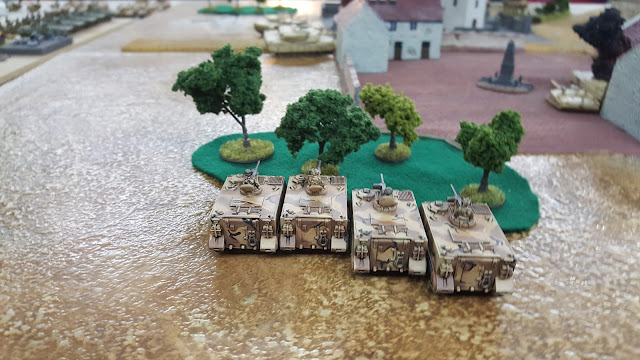 ..while their PCs try and spread the AA 0.50 cal coverage a bit until the Vads come on. 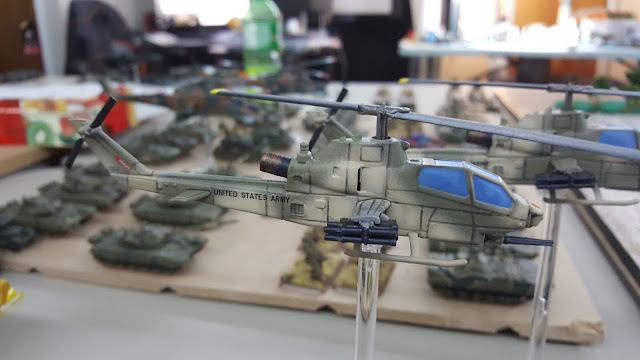 That's all the still shots I got from this game that were use-able.  The good news is, I now (as of publish) have a little tripod that fits my phone, so hopefully that will make me remember to take more shots, and less chance of the ones I DO take to be blurred.

Here are a few other random shots taken though throughout the night: 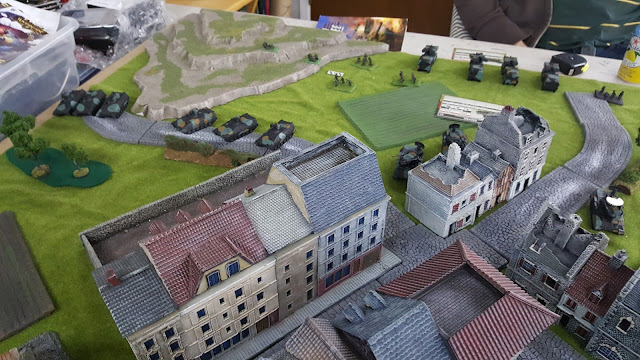 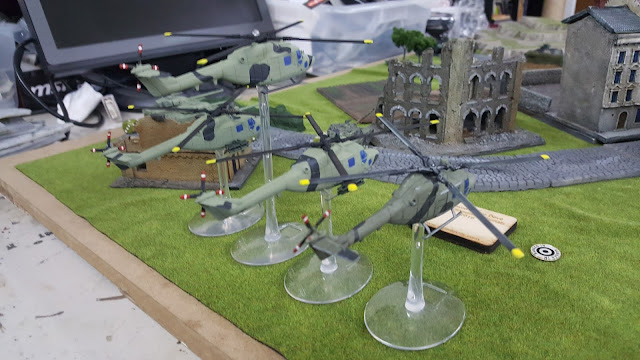 .. while Matt's TOW Helo's pick off units left and right.

Here is the Video: