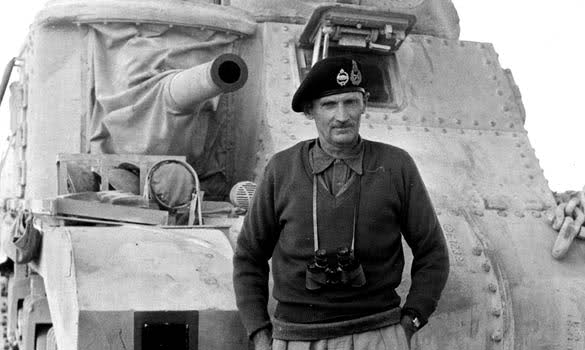 "What do you say, old boy, shall we go kick the Jerries out of Africa?" Monty

Using the WWPD rules compilation, and stats and such from the preview copy of the rulebook that stores have, plus some from the latest WGI, we apply our Team Yankee prowess to run a Test game of Version 4.  TO make equivalent lists, I used V3 points for both (1340pts) and the DAK force comes out at 82 pts using V4 points.  Video with our opinions at bottom of article.
Lets see the lists: 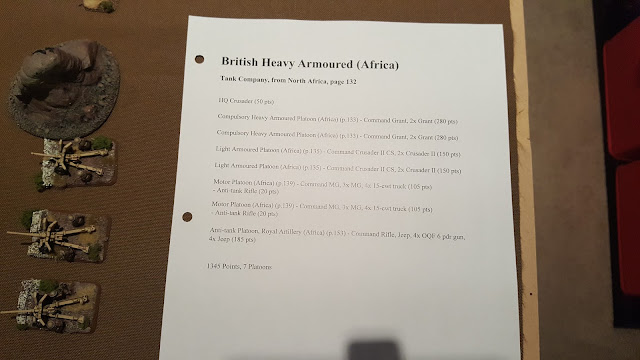 Modified slightly, since the DAK had 1 HQ tank, I made one Crusader GQ tank. 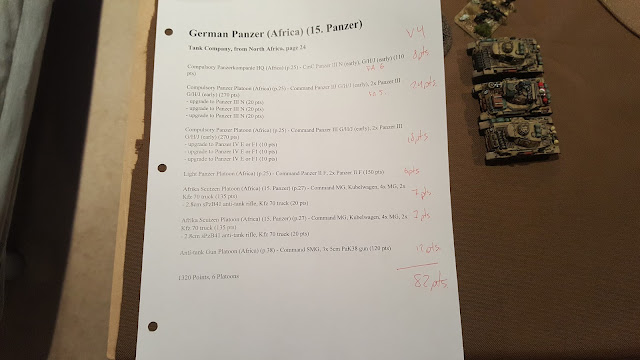 DAK list.   All units in both lists are in the new books, we decided to NOT use artillery or air, though the Panzer IV 7.5(short) have bombardment, which we used in Game 2. 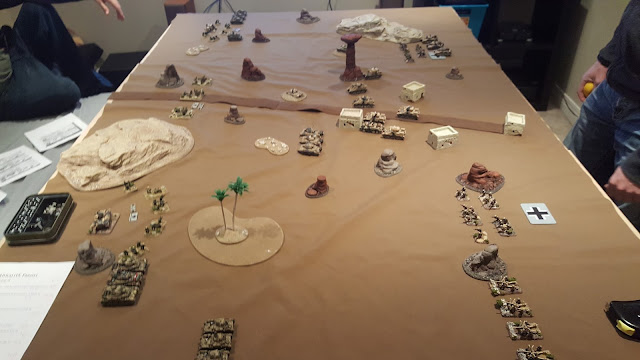 Desert table.  Tristan gracefully hosted us and would team up with Andrew using the Korps while Matt and I would use the Brits. 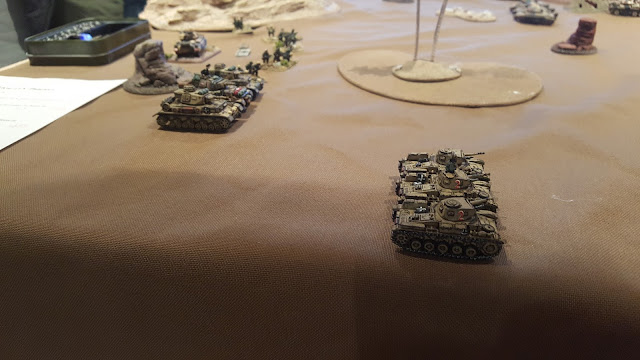 Despite linear terrain, the PzrIIs use Spearhead to deploy further up the flank. 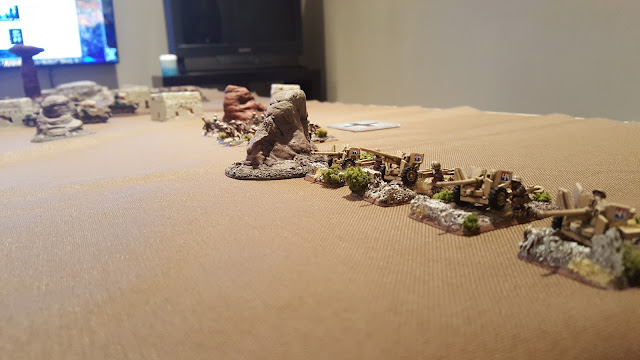 I then deployed the 6lbrs to counter that flank.  They should be able to kill measly PzrIIs, right??? 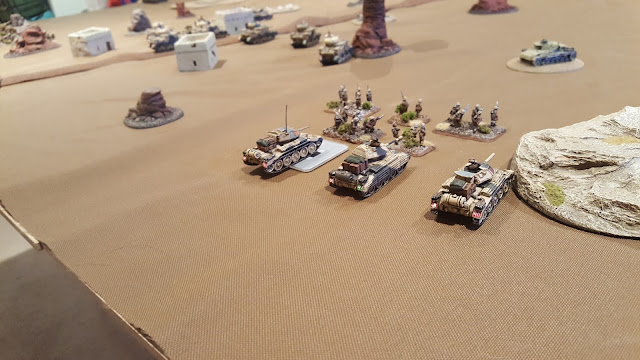 Other flank, Motor Platoon and Crusaders 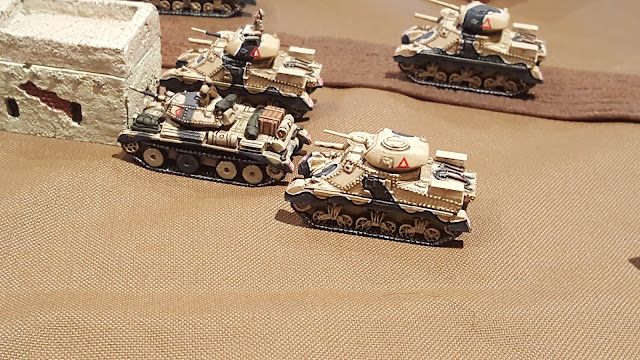 Grants and Covenanter (HQ Crusader) try and use available cover, so a small stone shed!  (and yes, that IS Monty in the Grant turret!!) 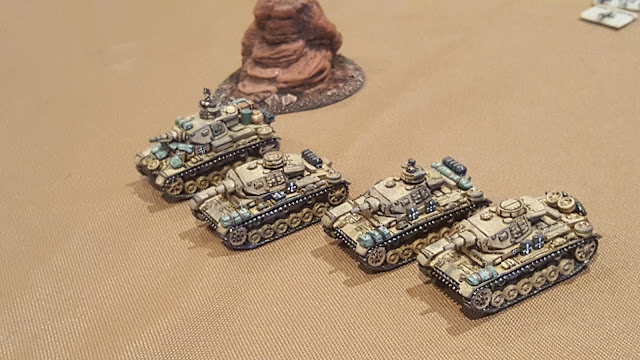 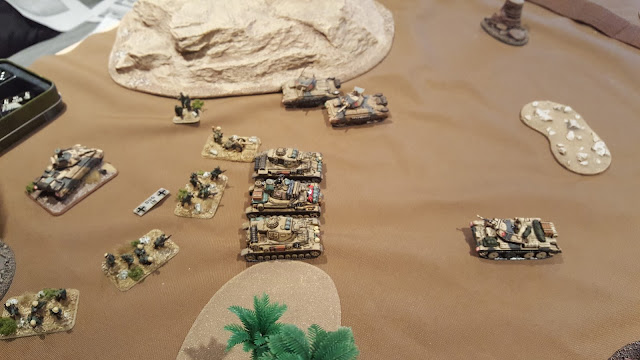 Crusaders boldly driving up for side shots where able.  They would die horribly.

For some reason, my shutter settings were jacked for pics for rest of game, so enough pretty pictures, you guys want to see Turn by Turn, plus our thoughts: