So when I was deciding to create an army I wanted to chose something different. There were lots of Brit players, Americans and obviously Germans. Being Canadian meant I could go with a Canuck army as well, but I was finding the table was already crowded with Canadian armies as well eh. After reading about Australian and other Commonwealth nations I thought something along those lines would be fun and different enough where I was not going to run into too many Aussie players.

Getting my hands on the 8th Army Desert Rat box before it was all but gone from store shelves was essential in wanting to create my Australian list. They're fearless vets, they have access to 8th army assets from the period and they just sound like a good place to start when getting into building my first army. The Divisional Cavalry Squadron is just the right balance of armor and artillery that I was looking to play and has some flexibility if I want to change it later on and add some ground troops or swap out the heavy armored platoons for something else like air support.

My first game playing with this list was a learning experience and exposed weaknesses and strengths of the platoons that made up the Company. I played again this past Saturday and managed a win, I was lucky enough to close distance fairly quickly my last game and came out on top. Whereas the first time I played with this list using one of the new missions in V3 I got stomped pretty effectively. Suffice it to say nothing went right and being the attacker in that mission, I should have played far more aggressively. A mix of errors from me and hot dice from my opponent all but wiped me out. This first game, I had very little painted, some sad looking Crusaders, guns on bases with no teams, just the guns....and not one ounce of paint. I just wanted them to get some shells down range and use them during play. 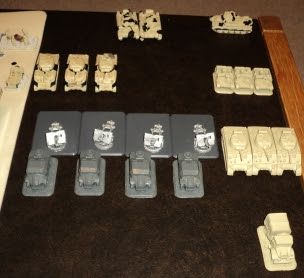 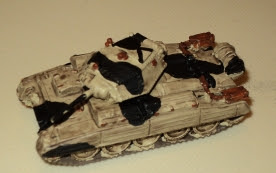 After a hard honest opinion about my painting and seeing what other people were doing was an eye opener and learning some new tricks I now have my entire army painted and ready to roll out. I look forward to Friday as I will have them all on the board at some point and I no longer have to borrow 2 Crusaders from MattV to make my list complete. This past weekend I was able to table this list and play a game and received some nice feedback about the paint and what I had accomplished in such a short time. I can not thank MattV and Ca$h enough for the tips and Pripyat for allowing me to help with some of the terrain and miniature painting on some of the buildings used at GameSummit2012. 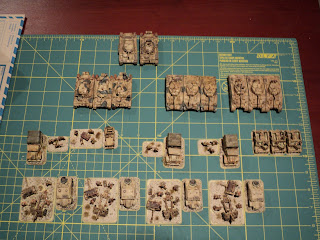 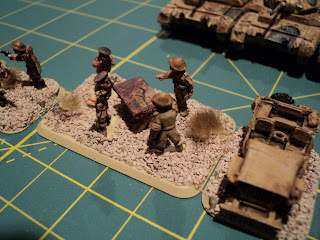 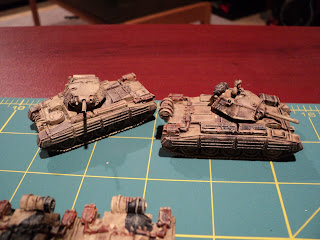 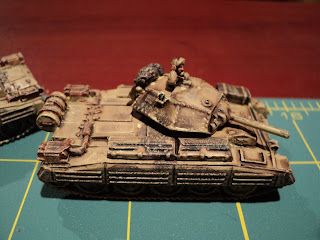 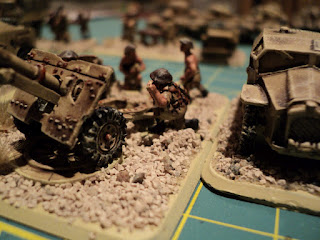 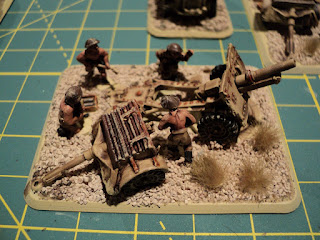 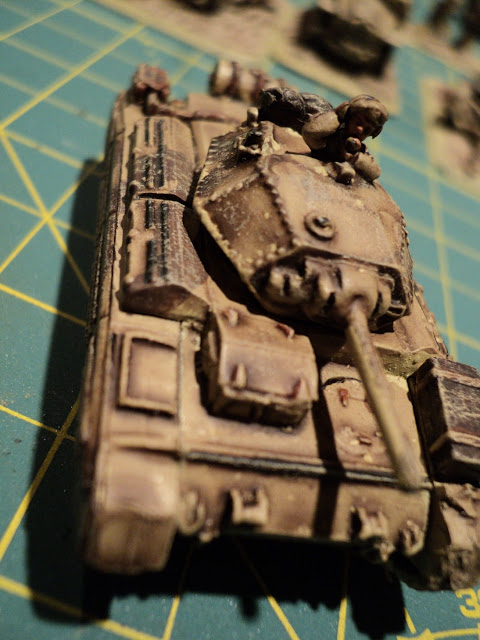 So now I have the entire thing organized and all I have to add is the decals. I'm not willing to take too much time painting and attempt to paint any platypus and boomerangs symbols just yet.....anyways here is what I am currently fielding. See you in the middle.
(source North Africa c/o www.easyarmy.com)
By Matty at February 23, 2012