Basically Who The....you get the idea.
Being the new(b) guy on the block has always been the tough place to be in when busting into a new game. I've been lucky enough over the past few weeks to get to know the guys who are associated with this blog and their circle of friends that play Flames of War. I just want to post up and let you know who I am and a bit about me.

As many others before me, I got into gaming during my teenage years. Never having played a lot of miniatures until I got into Battletech in the late 90's. I'm an avid PC and console gaming fan and recently picked up Flames of War after seeing the game being played at J&B Books in Trenton.

I used a donor army of Soviet tanks to learn the very basics of the game and was excited to learn a new version was about to change everything and this was the best time to get into FoW.
Poking around online and reading books, once again borrowed.....I found myself immersed in WW2 stories, strategy and paint schemes. I have always been a WW2 buff, whether family, movies or books, the history and mechanics make Flames a great game to play. Not only does any army on the field of battle have a chance to win, but you also pay for your mistakes as you would in real life should you ever find yourself not spreading out your T-34's for example and come under bombardment from 155's in your first game. Not that it happened to me, it happened to a friend of a friend.

I've been lucky enough to live all over the world in my near 36 years on this planet and I am looking forward to what the future of this game and hobby bring.

See you in the middle. 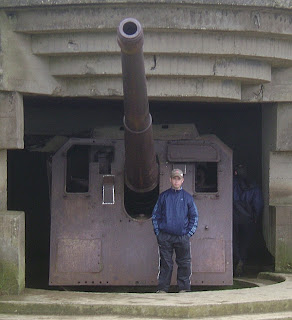 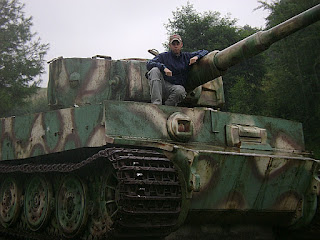 Email ThisBlogThis!Share to TwitterShare to FacebookShare to Pinterest
Labels: Flames of War, WW2