FoW Night at the Museum! Part 1 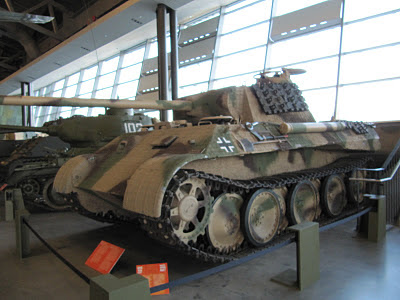 (above) A real Panther! So Adam and I decided to hit up the Canadian War Museum, given that unlike everyone else at TableTopTacticians, we live downtown and not 30 minutes out in a suburb, and Adam had never been. Truth be told, I had only been here once before, and most of this stuff wasn't here, so it was new to me as well. Since other sites do tonnes of pics, I did mostly video of us "discovering" what they had here.

Video at the bottom with a few pics for you all. 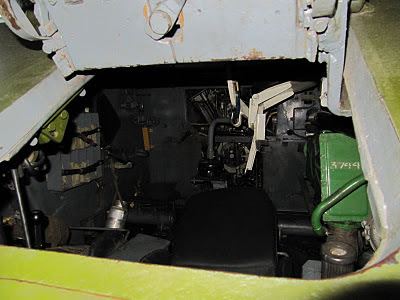 This is view of the interior of a T34. Don't know if a hatch cut out of your frontal armor was the best idea ever, but it is surprisingly roomy, especially compared to the BMP-3 we see later on! 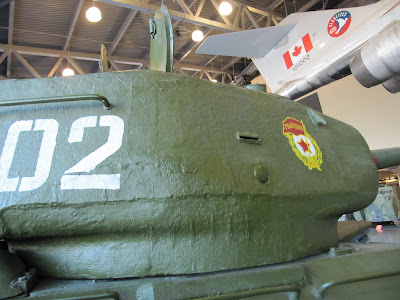 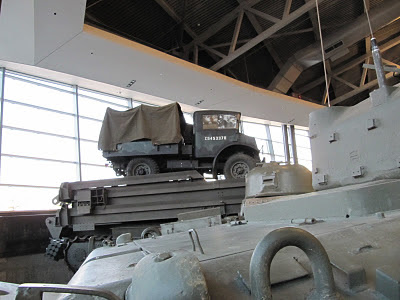 (above) so in the immediate foreground, a Sherman, then you can see the turret of a Grant, and lastly, is a Canadian-Pattern 15 CWT truck, sitting on TOP of a Scissor bridge that is on TOP of a Churchill ARVE! Note the "Mickey-Mouse-Ear" pattern black on green camo on the truck. As a brit player, I had to get this shot! 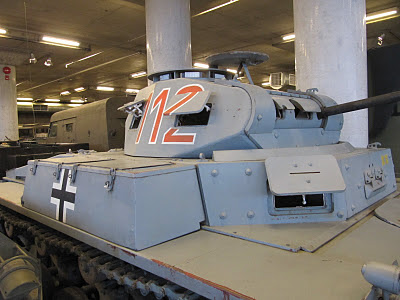 Close-up of a Panzer II. I never knew there were some this light grey. I really like all the hatches that can swing out, providing better view and ventilation when out-of-combat.


Other stuff in the video that I didn't take pics of include: Puppchen, Nebelwerfer, 17 pdr, 25 pdr w/ limber & Canadian Quad, Soviet 122mm heavy artillery piece, Pak36, 6 pdr, even a Goliath! Turns out German 'red-brown' has a lot more red than we thought!

(Below) This is part 1 of 2, here we are in the main Hall, and Part 2 will have us in the interior exhibits, where we are on the hunt for a PanzerFaust. Enjoy