My second game from last weeks FNF (Friday Night Fights) turned out to be a blue on blue match between my PanzerGrenadiers and Clockwerks PanzerLehr at 1500pts.
The forces :


The mission was Breakthrough, and here is the board we played on: 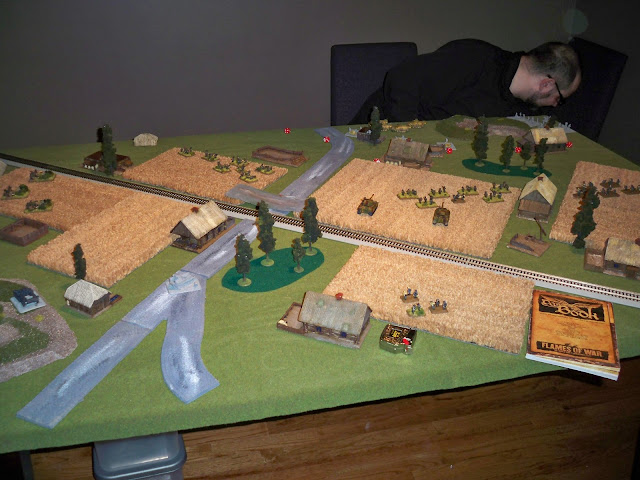 I am deployed at the bottom of the screen (south) in the Top Left and Bottom Right quadrants. My Jagdpanzers in reserve. Clockwerks Deployed 1.PzrGren, Pak40s (looking down the road) and 80mm Mortars with 2. PzrGren, Pumas, and Pzr IV H platoons in reserve.

Skip on after the break to read the full report 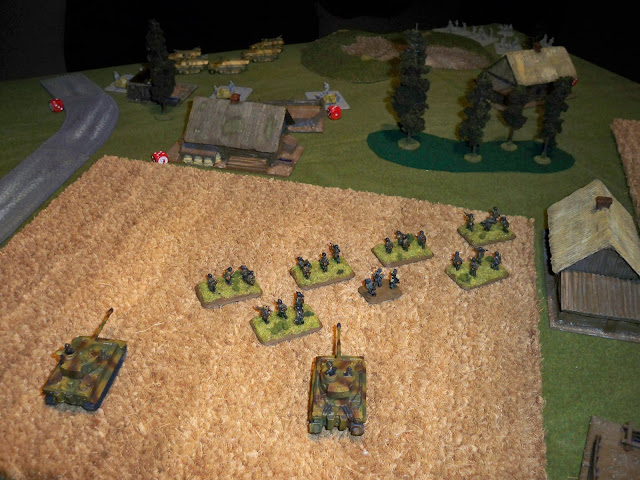 Close up of my deployment. I tried to push him into the cover because he couldn't deploy any units withing 12" of me, and the wheat fields gave my infantry ample cover. I know, I know, the Tigers are set to suffer a Turn 1 round of Pak40 fire, but I figured with them at long range and concealed in tall wheat, he would need 6s to hit, and my front armor would be 10 against AT 12 - so odds are they would be ok - and they were! 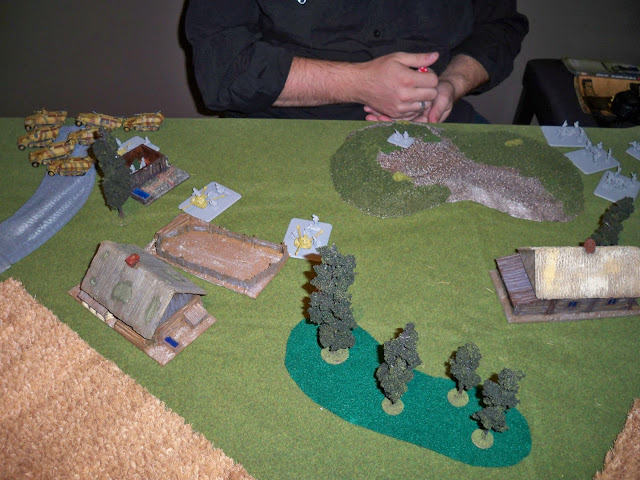 Clockwerk's Lehr advancing on my left flank towards my Nebs (just out of shot on the left). His army is looking really nice - damn halftracks are sexy. 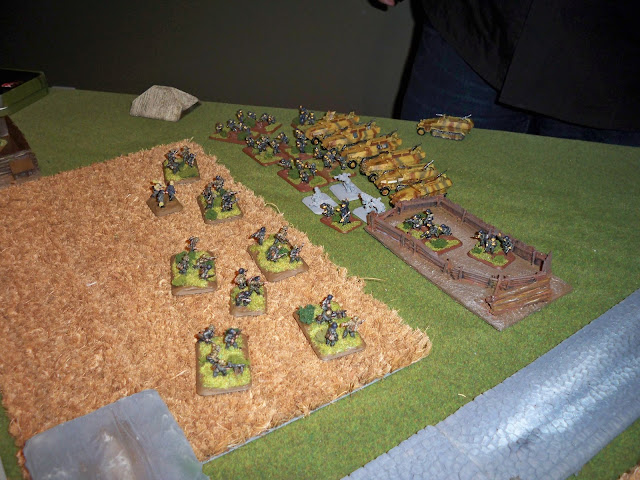 Top of Turn 2 and he is onto my lines, that lonely unit of PanzerGrens of mine is kind left hanging out in the wind! 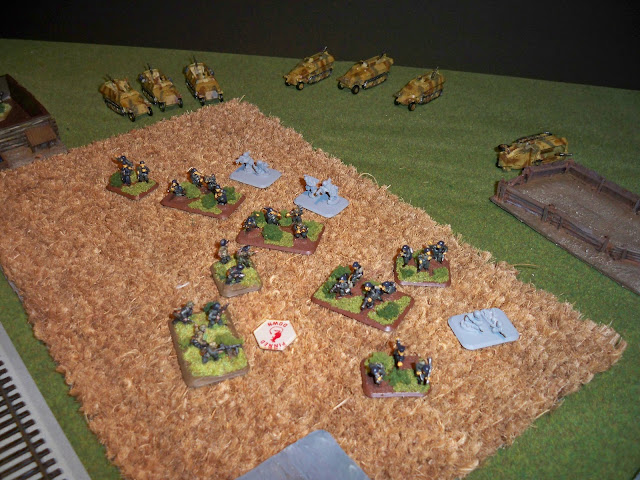 The inevitable. Massed MG fire and assault wipes my 1. PzrGren platoon out. Clockwerks did sustain some casualties, and with his men in the protection of the fields, he withdrew his halftracks next Turn (3) 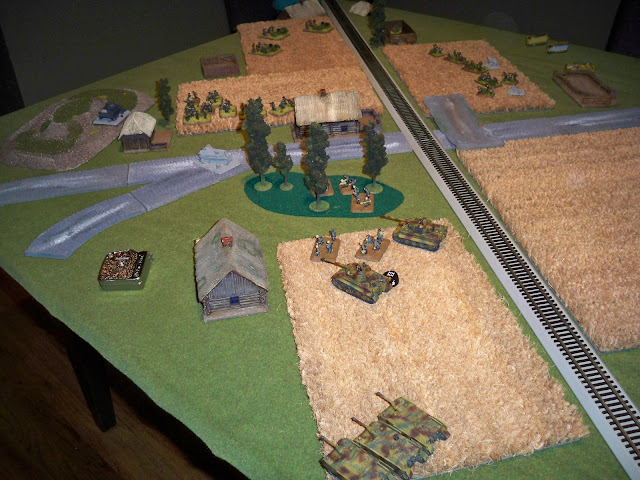 Turn 3 see no reserves for Clockwerks (who will be arriving on my left table edge) but I got my Jagdpanzer platoon on, and they started high tailing it towards the objectives. You may notice that I have spent the first few turns pulling my remaining 2. PzrGren and 3. PzrPioneer platoons and Tigers back towards the objectives and turning to face the inevitable reserve units of the Lehr. 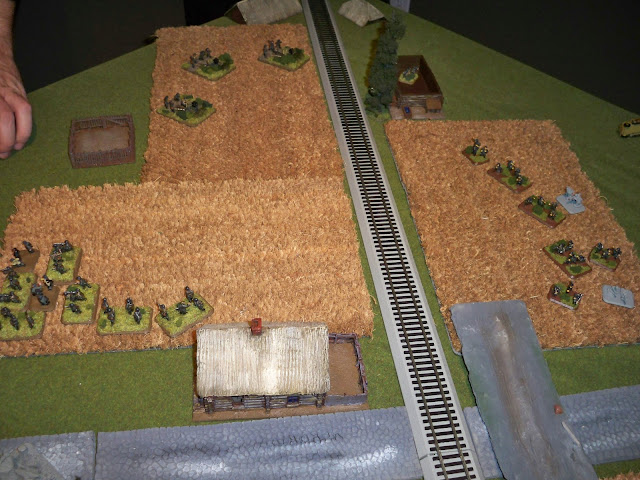 Here you can see LEhr advancing on what looks to be retreating PzrGrens, but I was repositioning for Clockwerks reserves. Also note my well placed minefield (proxy until I get them from Pripyat) deployed across the road. 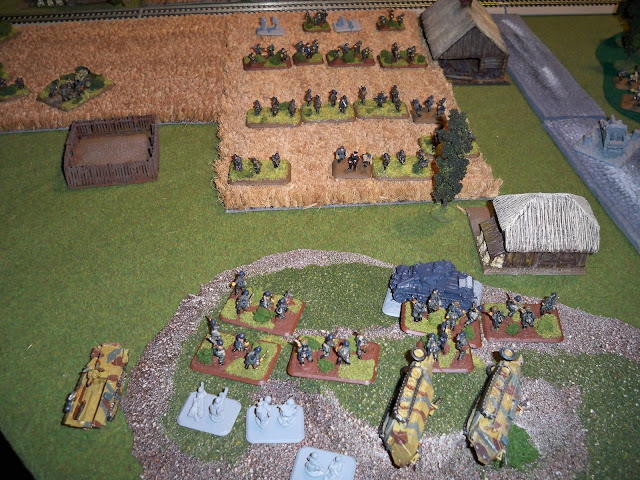 Turn 4 and things are getting dicey for me. Lehr 2.PzrGren arrive in from reserve and power up onthe the objective. My 2. PzrGren are forced to have half of the teams facing in opposite directions, as I wanted to get a least some defensive fire regardless of which platoon assaulted me. Talk about being caught between a rock and a hard place! Just off picture on the right, my 3. PzrPioneers are hiding in the woods near the other objective, readying their flamethrowers. 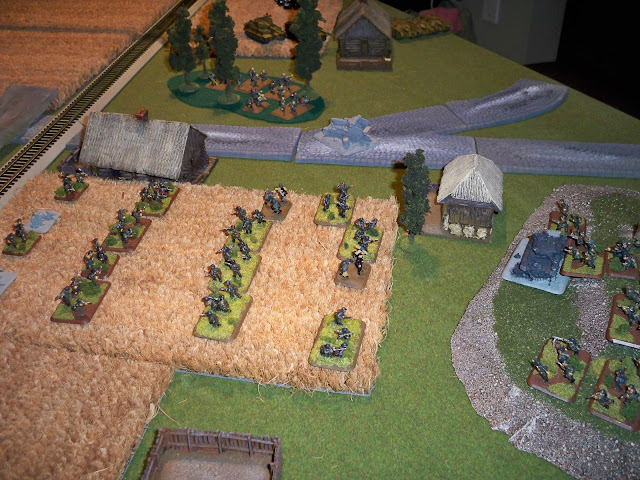 Better angle of Turn 4, my 2. PzrGren surrounded, and my armored platoons trying to get into position to help out. You can see the 3. PzrPioneers in the woods close to the second objective on the road. 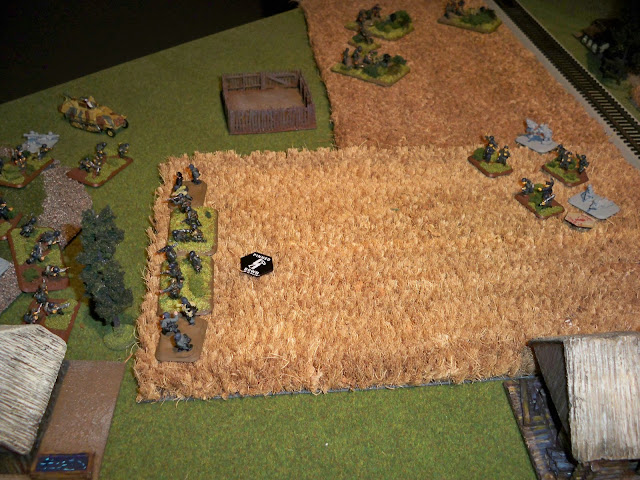 Can you believe it?!? Even though I lose more than half of the platoon, I survive the assault from the 1.PzrGren Lehr platoon in the wheat field, and the 2.PzrGren are more than 4" away, so they just Stormtrooper towards my dwindling platoon.  The dwindled 1.PzrLehr platoon would turn and focus on my Nebs, wiping them out next turn. 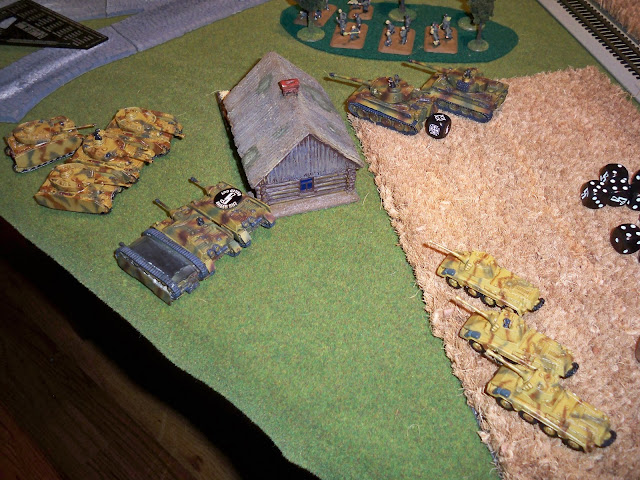 Turn 5 sees the Pzr Lehr Pzr IV H platoon and Pumas arrive, and quickly surround my "softer" Jagdpanzers. One is brewed up and another bailed. Damn the slow traverse of the Tigers, I would have to keep the Tigers moving to be able to shoot, reducing their RoF. Well played Clockwerks! 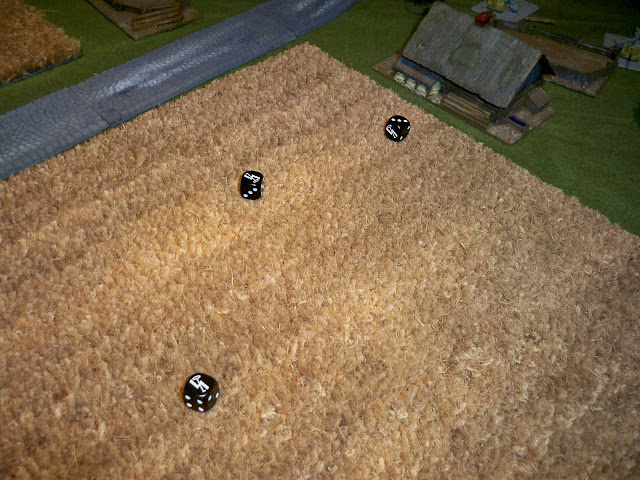 Notice the 2 symbols and the 3? That's 3 out of 4 hits from the flamethrowers in the 3.PzrPioneers into the PzrLehr Pzr IV H platoon, brewing up 2 and bailing a 3rd. The panzers did pass their motivation and remained stuck in. 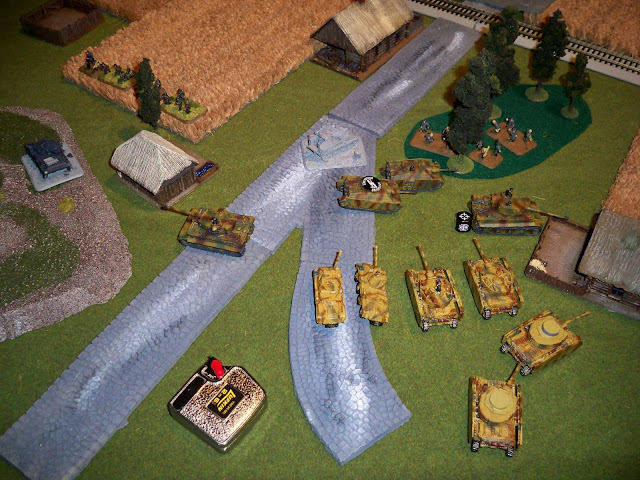 Turn 6 and my Tigers move to bring MG fire onto the 2.PzrLehr platoon on the hill, breaking them, and the remaining armor of mine finish off the Pzr IVs and Pumas resulting in us calling it there, as he was in no position to take an objective. A stellar game that could have really gone either way. Thanks again Clockwerks for the great game!

Thanks for reading!
Cheers,