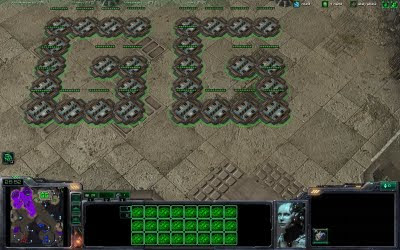 (above) Here is my ultimate BM, I got wiped but my ally was mopping up so I used my remaining one SCV to build this and taunt my enemies to scan it before they died. This is from a while ago. I find its a good title pic for SC2 segment!!


A bunch of the lads have been playing some SC2, and until a copy of retail FRAPS mysteriously finds its way into my email, I'll post pics for now. 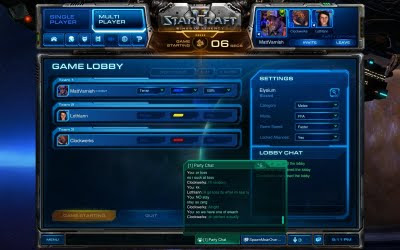 First game we have a FFA, Lothlann went Protoss, Clockwerks went Zerg and I went Terrans. 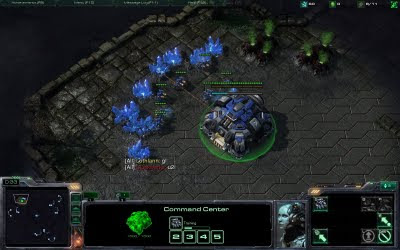 Quick GL's go out, I am top left on Elysium. Didn;t take too many screens since right away, Clock and I were battling for my expansion.
Which of course left Lothlann to..... 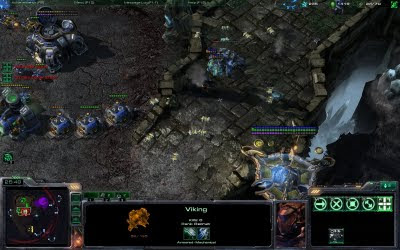 Go Mothership... Not Pictured: The 6 Carriers under the cloaking field. My Vikings cant even get close 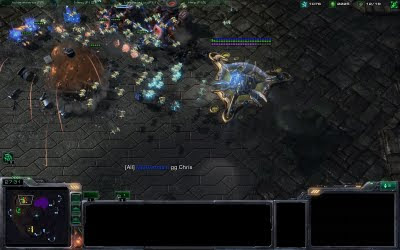 My main goes down in seconds.. maybe he had more Carriers under the cloak. I decide to scan his base real fast before I lose my other Orbital Command to see.... 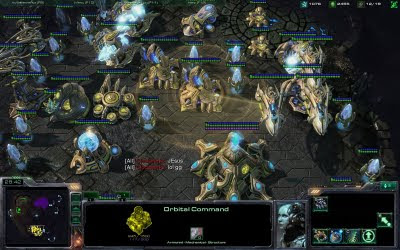 Thats one hell of a fleet base. I GG out. Note at this time, this is his reserve fleet. The main fleet just wiped out Clock's base, and here he is GG'ing out as well. 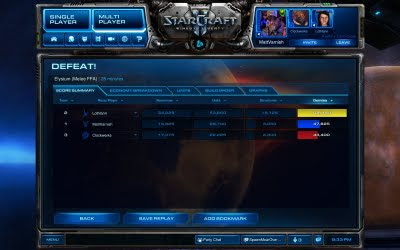 It wasn't even close, but such is life in FFA, the player who is untouched gets to build pretty much whatever they want! GG Lothlann. Thats an impressive score. 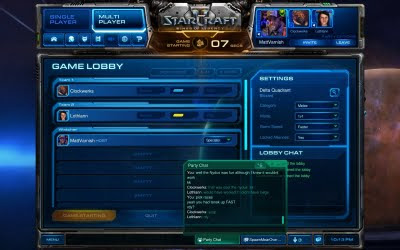 We decided to do some spectate games. Here we have Lothlann vs Clock, double random, on High Orbit I think. Both are zerg as it turns out. 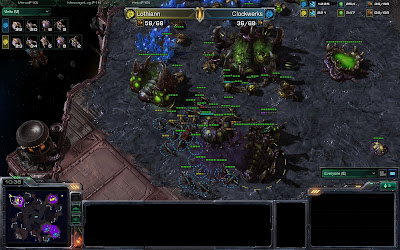 Lothlann is trying to hold off Clock's attack on his Hydra Den and Spire. Sadly, his expansion is far away (click and look at minimap), and he has only half the zerglings at once. He loses both tech structures before killing the attacking wave. 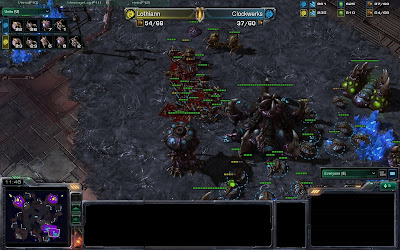 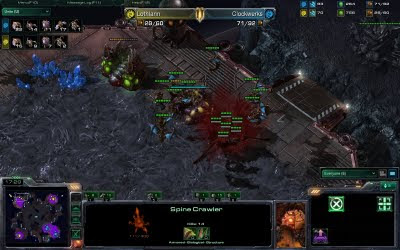 Loth rebuilds it 2 more times, but at this point, Clock has enough Mutas to pop it. Here it is exploding into raspberry jam. 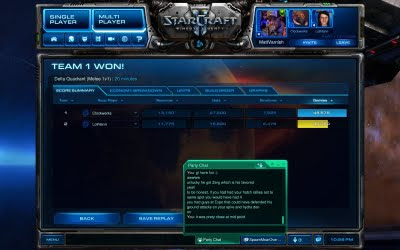 Clockwerks takes the spectator match. GG by all, it was actually really close, I feel that Lothlann has the best chance on Random, as Clock and I both favor Zerg, but Loth can play all three. Here he ran into the favored race in his opponent.