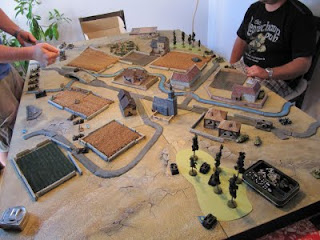 While you guys enjoy these pics of Big Willis of http://covering-fire.blogspot.com/ fame and our very own Ca$h playing last friday, I need to come up with a list: There are, as I see it three routes.

1, the "Game" list. We are using Nationals rules for everything except wooded area which will always count as woods not forests (so bog vs skill check) which favors tank lists. So do I take my cool 9 Crusader, 6 Sherman, 9 UNiversal Carrier list?

2, the Infantry list: I also have a neat infantry list that crams in all my painted infantry, plus 8 25pdrs, 6pdrs 17pdrs oh and 3 Churchill III's

3, the "back to basics" list, in these pics Ca$H and Big Wills are reverting back to the first lists they used back in the day: Will is using his Royal Canadian Regiment instead of german tanks, while Ca$h is using his Panzer Grens again, instead of german tanks. I could also go back to my first lists which was HMG, MOrtar, Rifles, Shermans, Crusaders, 6Pdrs.. basically one of everything I had built when I first played back on new years day!

Enjoy the rest of the pics, noting that Will's green vehicles used to be Desert Rat colored, but he switched out so that he could play in any period realy. Super smart 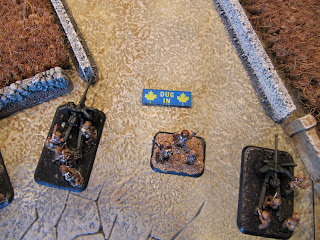 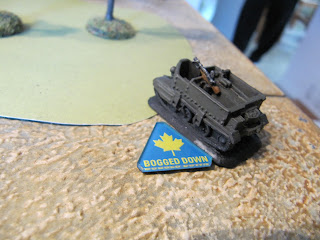 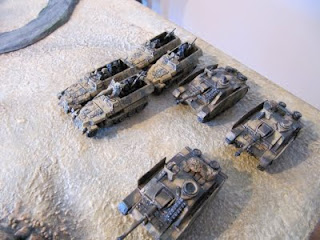 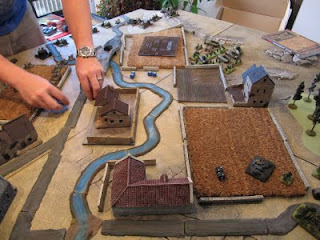