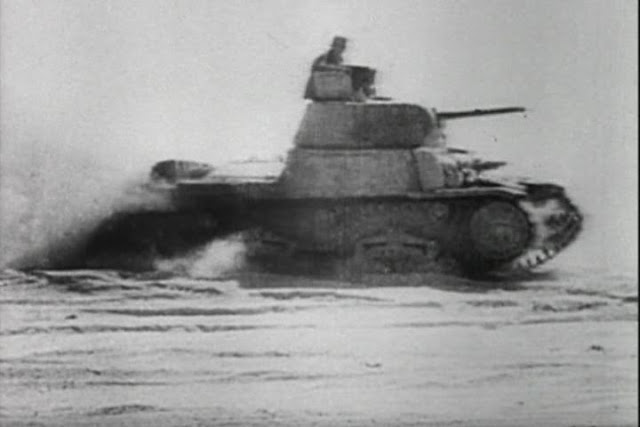 Matt and I decided to do some tester games of Early War 1500 points, given that Canadian Nationals is weeks away.  Flush from my victories at the EW tourney up in Petawawa, I decide to keep using what works: as many tanks rammed down the enemy throat as possible. (video at the bottom)


Most of the battle will be fought near camera of this pic in those fields.. 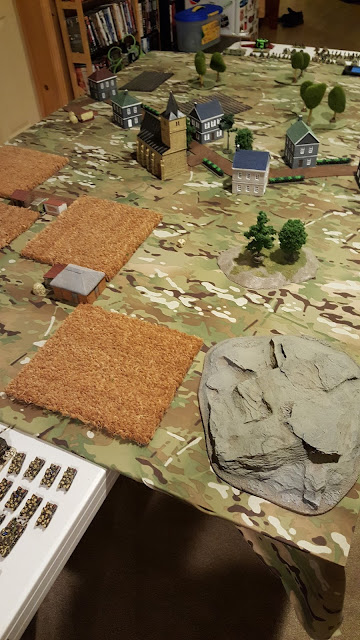 Table layout, I kept my 3 units of Carri on board, with two units of tankettes and the coastal guns in Reserve. I just drove up and Avanti'ed. 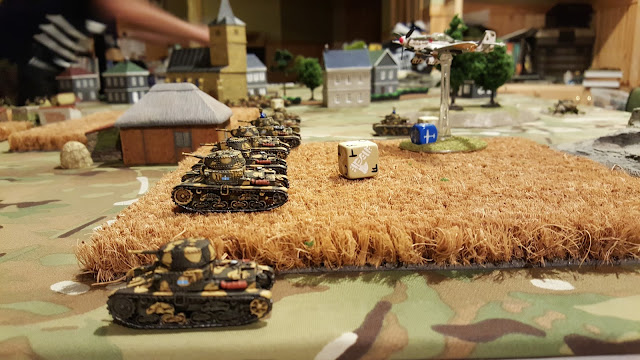 His Stuka kills only one tank of the Reluctant Trained platoon.  Note custom dice for training, since the tokens BF made are only for Mid War. 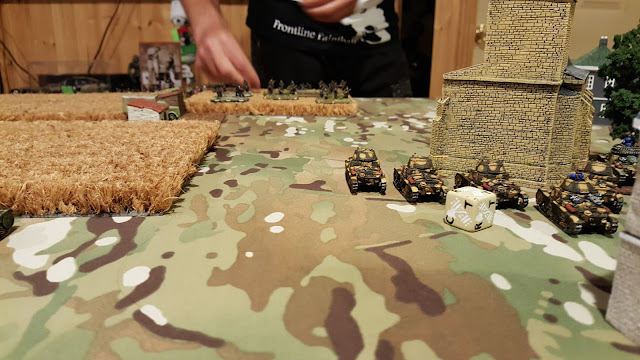 By turn 2, I am taking pot shots at the not-dug-in Nebs and take out two. 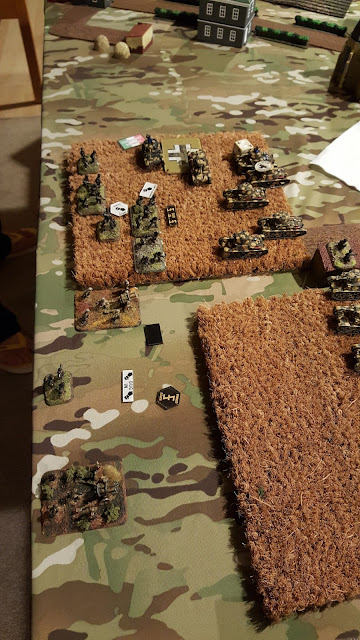 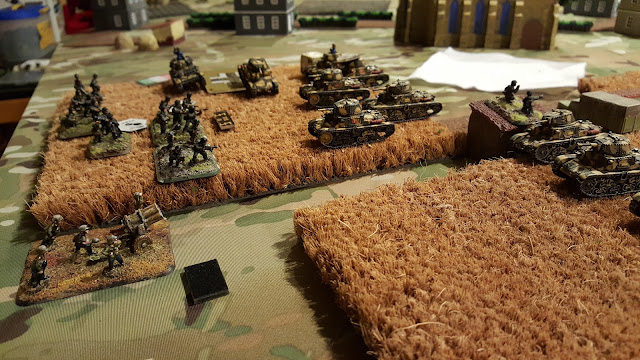 End of Turn 2, I had lost the combat (and a few tanks to Knackers), fell back (reluctant after all) but am poised for turn 3 slaughter. 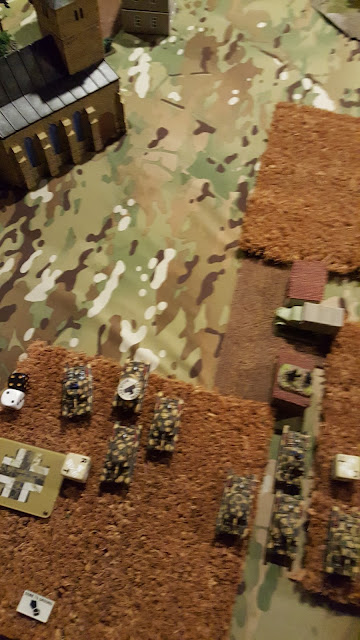 Turn 3, he charges me, hoping to kill with knackers and take the platoon.  I get lucky with defensive fire needing 5s to hit and wipe them out.  Victory.   This game I kind of won in deployment: 16 tanks bearing down on his Neb and one Inf platoon.  His other platoon should have double timed with trucks towards my empty objective earlier.  By coming straight in, I basically took his 5 dice of Stukas out of the game.

My last post I didnt have decent shots of my army, so here they are in their splotch-camo glory: 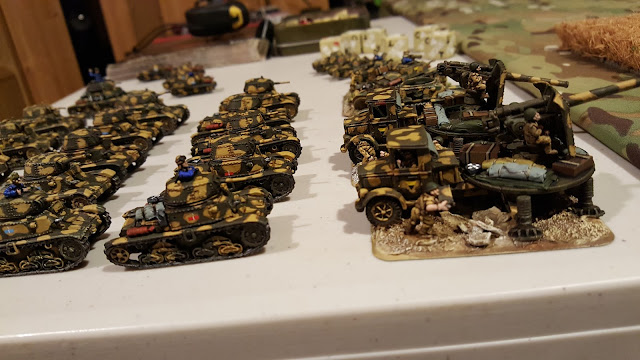 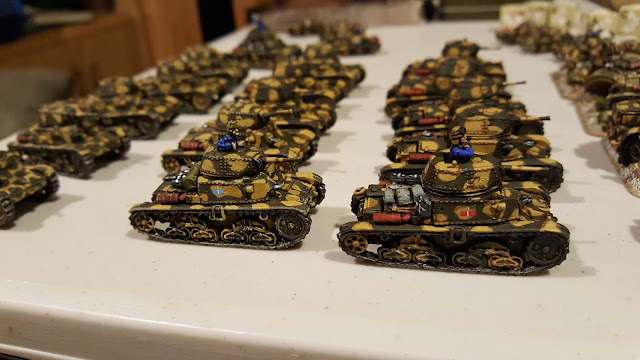