Tuesday Night at The Box

Another Tuesday night and another night of some Warmachine games for the journeyman league that Tristan is running for the next few weeks. It's a nice break from getting ready for the Flames of War Nationals that are happening here in Ottawa in a few weeks time. A few weeks.....just enough time for painting touch-ups and maybe a few more test games. I know I have some German artillery to paint and also put together a few other things for my list. 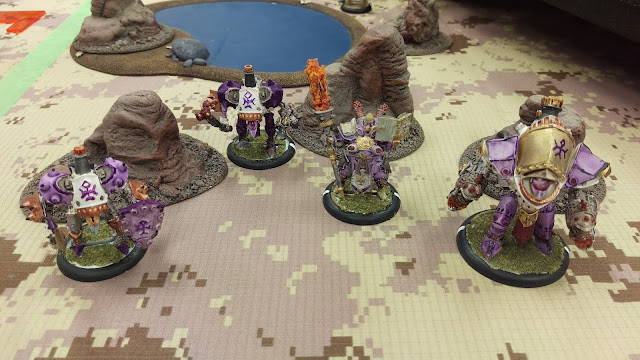 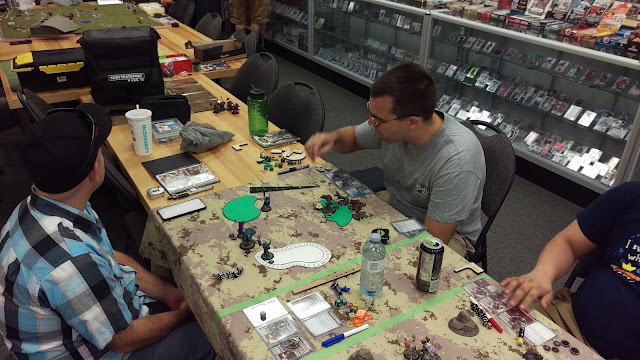 Tristan(L) [Cash] and Andrew(R) [Twinlinked] getting into a game of Battle Box points for the league, looks like Tristan ended up taking this game down and he later picked up another point in my second game against him. 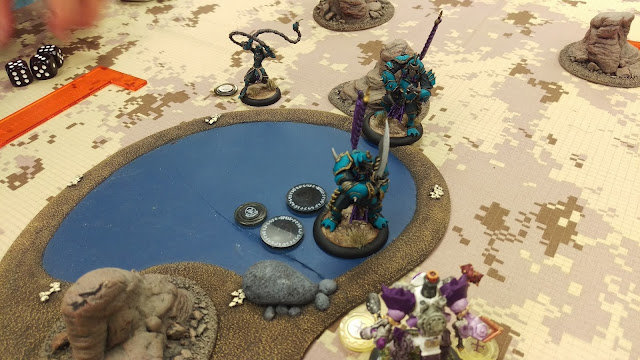 Tristan and I quickly traded off our heavier units, although he plays a Hordes list and has some killer abilities, I attempted to be defensive and play back a little, forcing him to come to me. The water played a role in both our abilities to maneuver, although he could mitigate some of this with special abilities. Like charging through water/terrain without impediment....whoops. 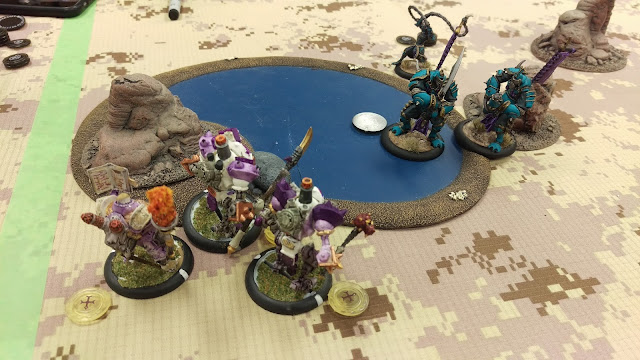 I backed up as much as I could, trying to get the numbers a little more even. In the end, my two Light Warjacks had received too much damage and he finished them off, thus ending the game. 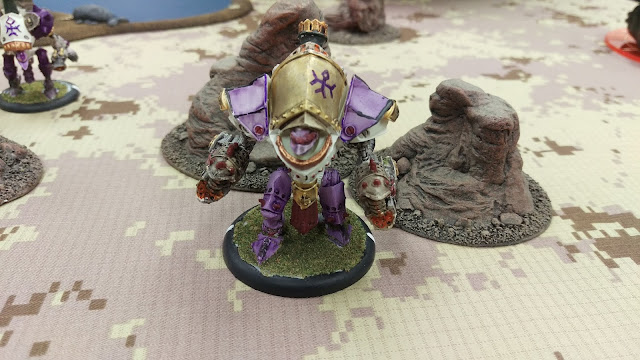 Easily my favorite unit with the coolest attack mechanics so far for my side. I look forward to adding some more of these units and eventually branch out into some other solos, units and jacks that make up the Protectorate. Eventually hitting 75 points should be fun and look for more reports and pics.