Flags, Trenches, Italians and the French

So what have I been up to?   After multiple test games for Cdn Nationals, including one where I played 'As Japanese' to test their rules, I decided to finish off those trenches I was working on.   I did three sections, so that they fit nice and snug on my display board: 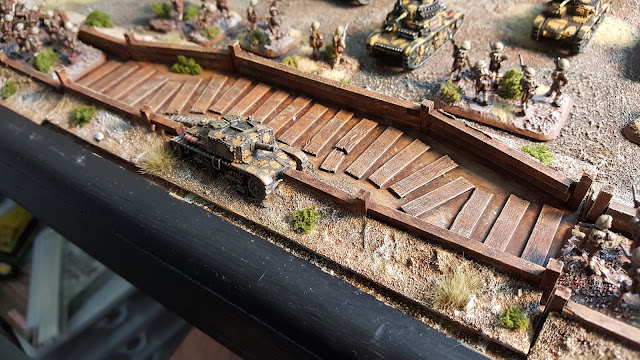 Here they are, filled with British infantry, in front of my Carri Company 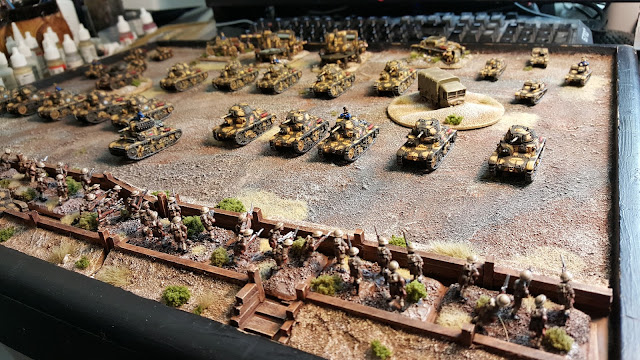 And then the whole army on display, ready for next weekend. 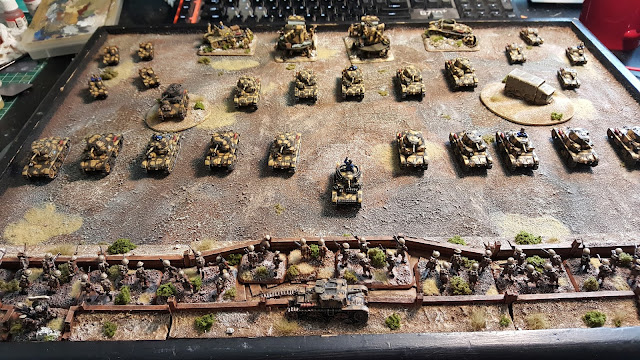 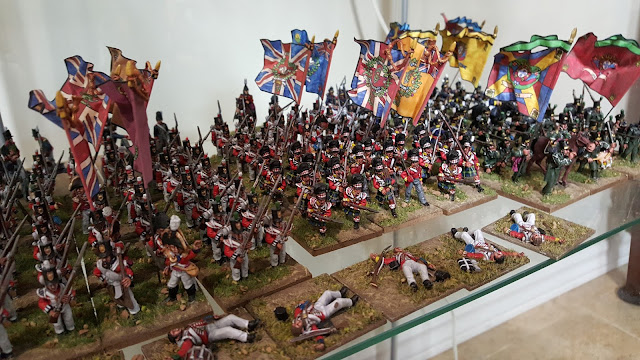 Next up, Scott, Rob, Mark and I put in an order for some flags from Flag Dude.  I would never normally pay so much for flags I can print off the internet for free, but Scott had one or two from Fall-In last year, and the difference was stunning, especially the added cord, eagle heads for my french, pre-folded and faded..   His website is http://www.flagdude.com/ and they now make Game of Thrones flags too! 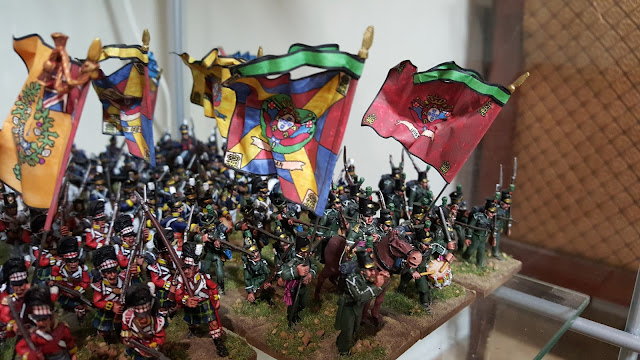 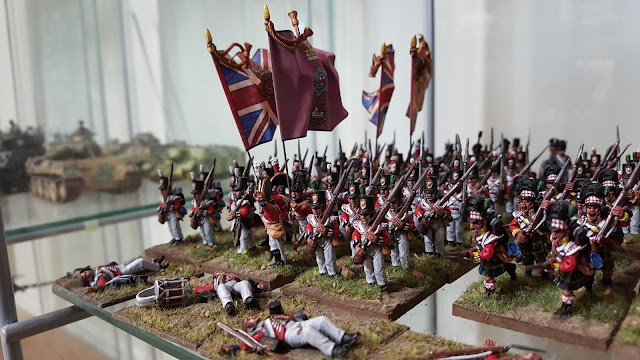 British foot regiment had 2 flags per unit, the Union flag (Jack only if mounted on a ship!) and unit colours.  Note the sculpted cord at the top of the banner. This comes already made and painted from Flag Dude.. all you do is cut the banner pole to size and drill into your Bearers fist. 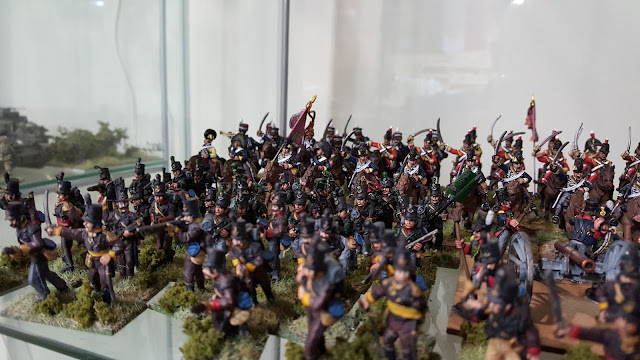 British Dragoon flag is subdued compared to the massive infantry ones 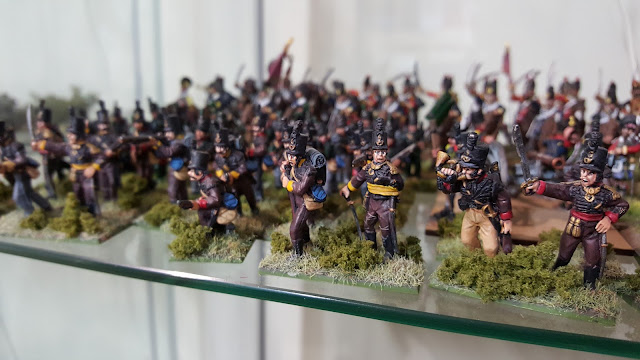 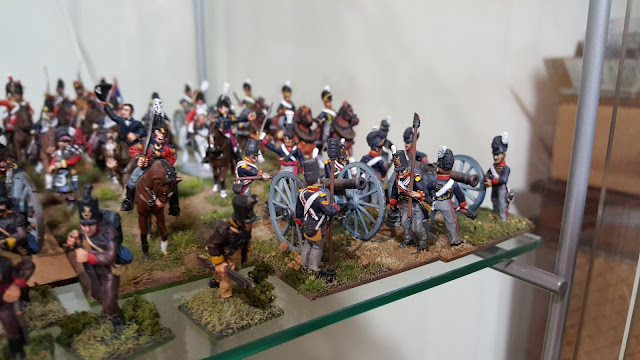 While I am at it, why not take close-ups of Scott's Brit Cannon. 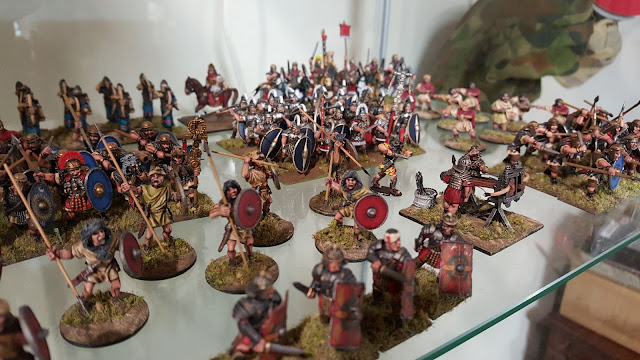 He also has some Ancients in his figure case. 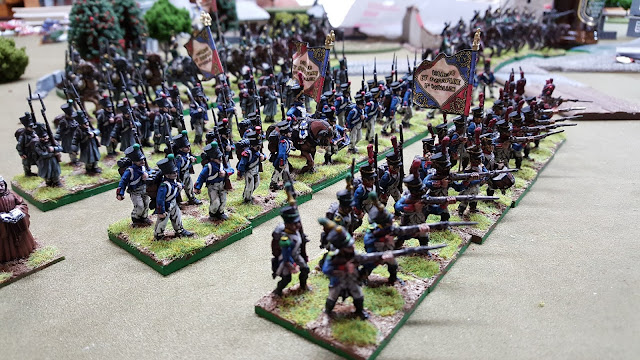 While the french infantry flags are not as grandiose, they sure look great on my marginally finished models! 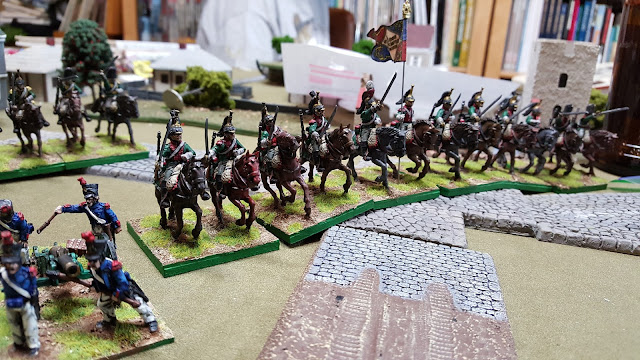 Dragoons get the swallow-tail flags.  I have just drilled out the hands and can store the flags separately for transport. 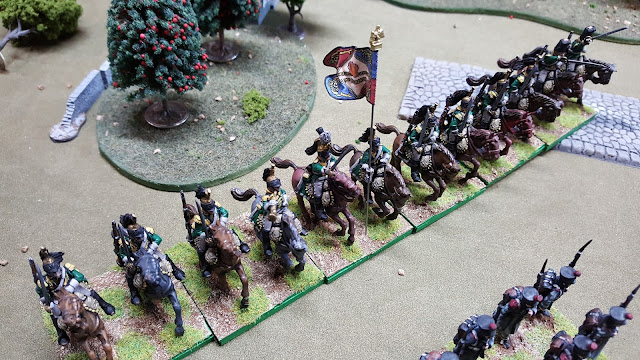 I've always said, a good basing makes up for mediocre painting.  For historicals, a good flag does the same thing! 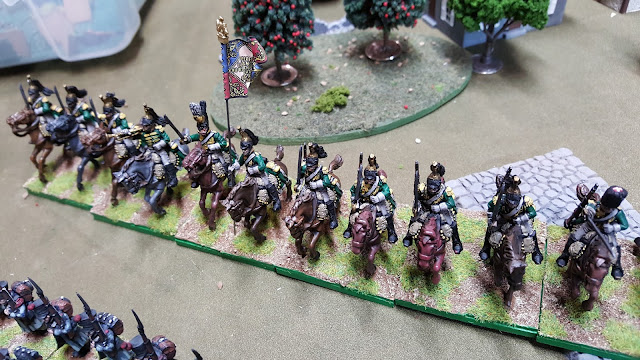 You almost can't tell that my models are only block painted and inked, no details, no highlights yet!   "Good from far, Far from good" 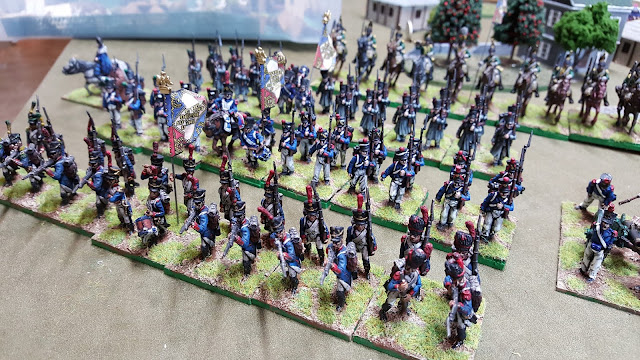 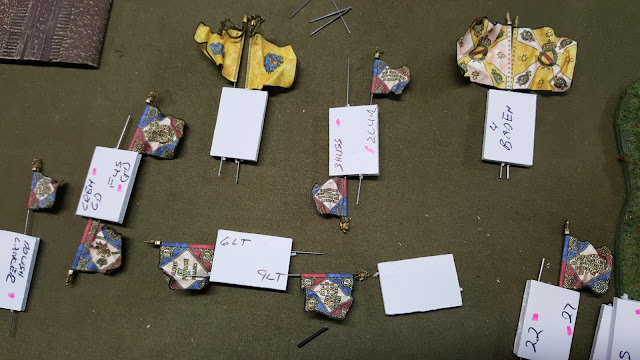 A visual reminder of what I have left to paint in flag form: top right is the two Baden Regiment, upper left are the two yellow Nassau flags, the rest are Lt Infantry, Grenadier Guards, Hussar and Lancer flags.   The french ones lack the variety of the english Colours, but my foreign units should throw in a dash of anything-but-blue hah!  In terms of units, the 4 german battalions will form a Confederation of the Rhine Brigade, plus a Baden gun, the 3 Grenadier units can either form their own Brigade or be parceled out to my other infantry brigades, and my remaining Cav will be to make my 2nd Cav Brigade.  Should keep me busy until December I think!