Hey gang, painting up some Pzr IVs that are OVERDUE to be finished, like 6 or 7 years overdue.   Step by Step for doing the Dot-Ambush pattern.. which in summary is extra green to hide most of the Dunkelgelb base, and then Dunkegelb on the green and brown.   Video at the end, as usual 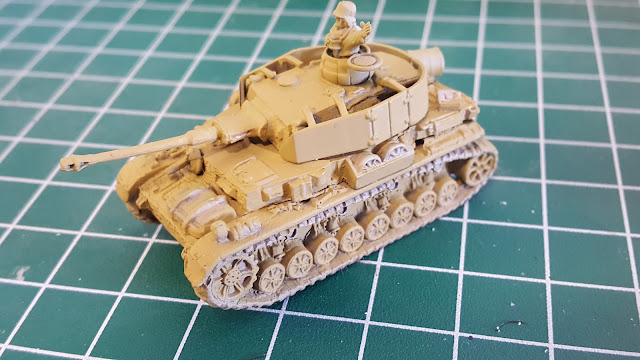 Assembled and sprayed with the dark yellow spray.  Dunkel Gelb means 'dark yellow' in german and thanks to the Eastern front, was the basecoat colour armoured vehicles were delivered from 1943 and onward.   After that, units would typically paint what they needed.  In the western front, they tried to add a lot of camo so that enemy air units couldn't kill them during the day (clearly they weren't using V4 in 1944, but I digress!) 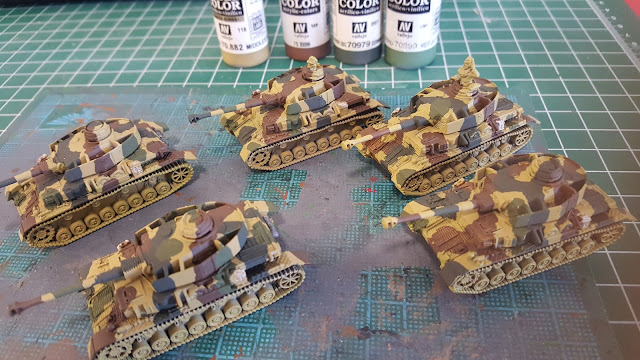 Vallejo German Camo Dark Green 979, Reflective Green 890 and Flat Earth 983 over a Middlestone 882 base.   The 2nd green colour is to leave less of the yellow base showing. 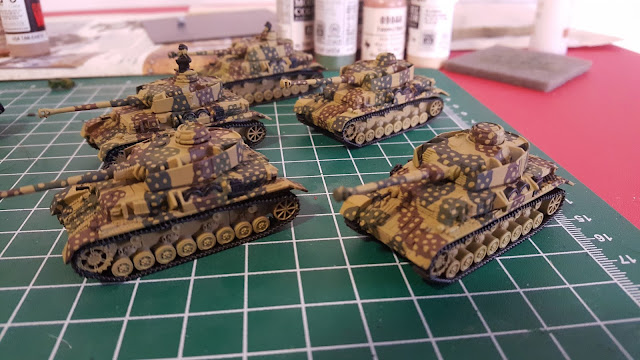 Any Black for the tracks, and any stowage or tools.  Middlestone 882 dots with a detail (not too fine) brush as needed. 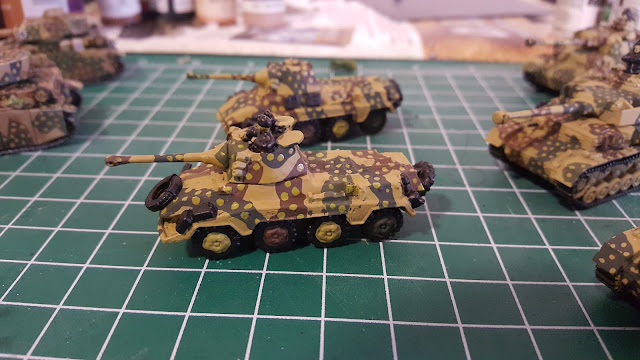 Puma's in the mix also 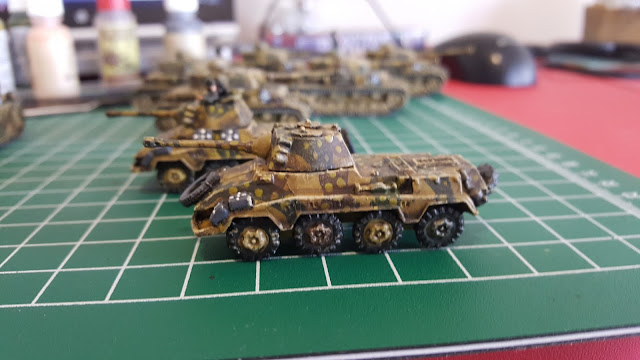 Any Metal colour for the tracks,  German Grey for the Jerry cans, Army Painter soft tone (or any other wash or ink you like) over the whole model, then a weathering light drybrush of Buff 976 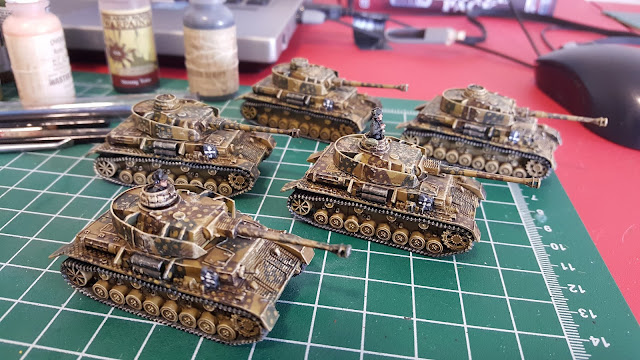 Tanks have more mufflers and such for metalwork, but the method is the same as the Puma's 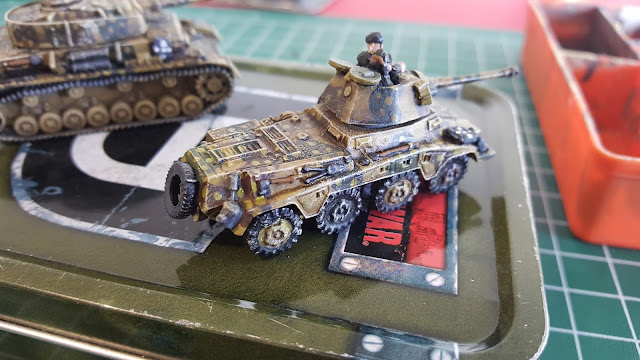 Close Up of Puma after Flat Earth 983 on axe and shovel handles. 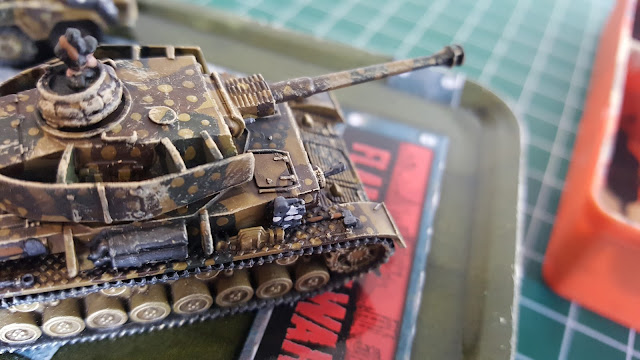 Front fender has an axe for some reason.. 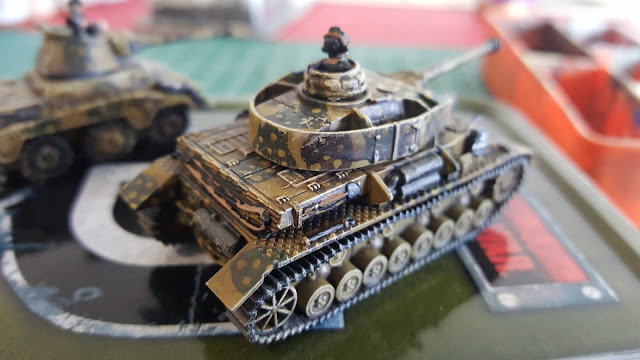 Shovel and other tools on rear of this Panzer.  Also, used USA Tan Earth 874 for the tow rope coiled on the back.  That's it!  Just Decals of your choosing.

Hope this helps anyone out there looking to do up some Germans with a BIT of a twist.