Had another Cdn Nationals Test game, this time at the 1865 points value, and at the WIP Beachburg Bunker (or so Matt calls his basement)  He was running 82nd Airborne with guards tanks support and I was running KG Peiper again.  We also used the new Win-Conditions introduced this week by Battlefront in order to cut down on the number of Draws, which are here.   We go through the lists and all the discussions in the video which as always, is at the bottom. 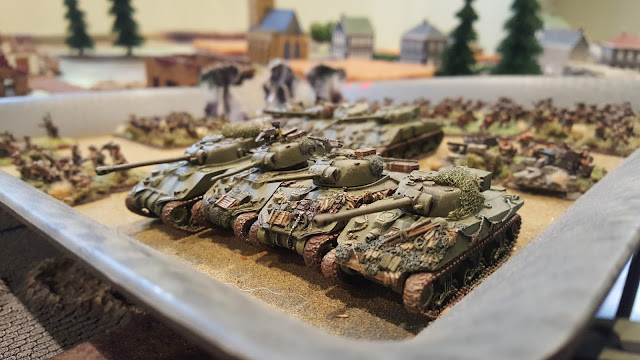 Matt's gorgeous Firefly / Sherman units.  All that stowage must be able to bounce some shots, eh? 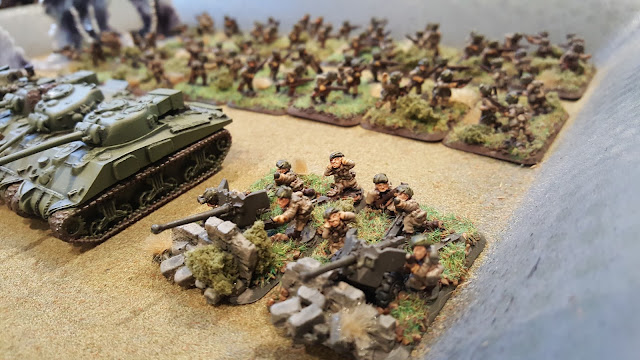 Love these 57mm AT guns, AKA 6lbrs 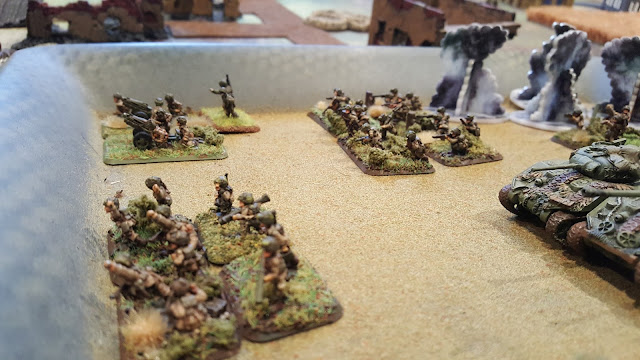 Pack Howitzers, HMGs were combat attached together and HQ Bazookas were attached to the 57mm guns 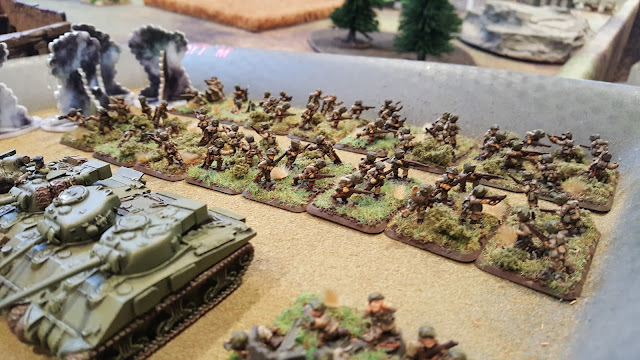 2 units of Fearless Veteran Airborne with 1 bazooka team and all with No. 82 Gammon Bombs 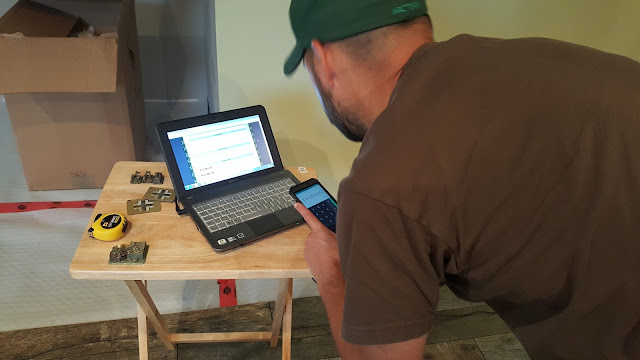 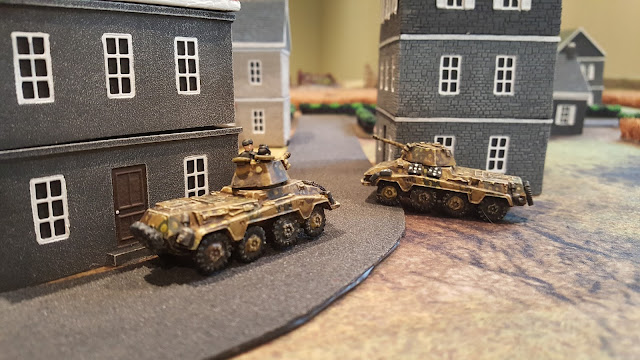 Now painted since last week, my Puma's deploy, here in the town, then spearhead forward to just outside 8 inches of Matt's guys behind the church, allowing the King Tigers to be forward a bit as well. 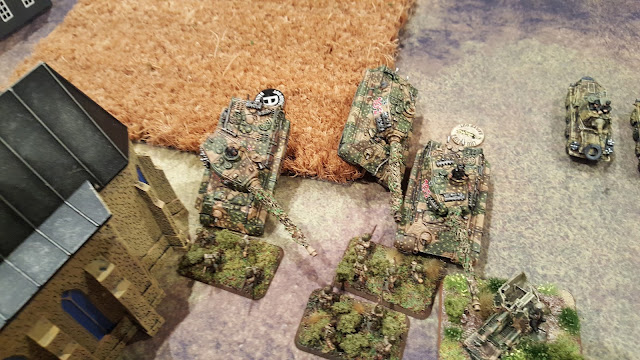 Turn 2 I decide to assault with the HQ and 2IC King Tigers.   I kill the bazooka in combat, but then watch as Gammon Bombs tear through my top hatches.   Yes, I rolled two 1's for Armour Saves, both captured.  600 points down at the top of turn 2.. no worries :)  And no, I did NOT assault with the platoon King Tiger..... 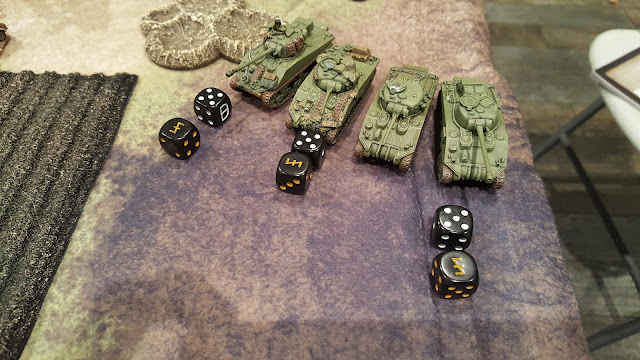 My reserves come on, 5 Pzr IV shots onto the Fireflies, needing the 5s to hit.   He fails to Mistaken Target onto  Sherman, but still rolls TRIPLE SIXES for armour saves.  'Hard Cheese old boy, Hard Cheese indeed' could be heard from the pipe-smoking British tank Cmdr! 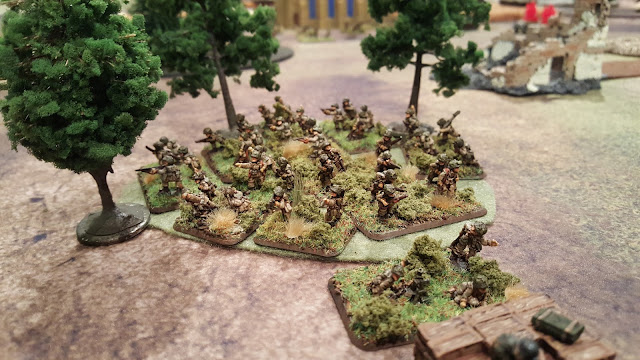 After Truscott-Trotting to contest the open objective, Matt would fail to dig these guys in about as much as my Skorzeny Jeep would fail to pin them!!   At least the other Jeep is blocking a reserve deployment fairly well though. 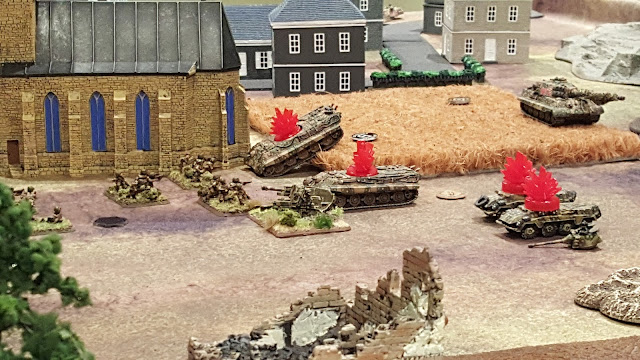 57mm guns spring ambush on my Pumas, while my lone King Tiger is in the crops to take long range shots at the 2nd Sherman/Firefly unit that came on in reserves for Matt. 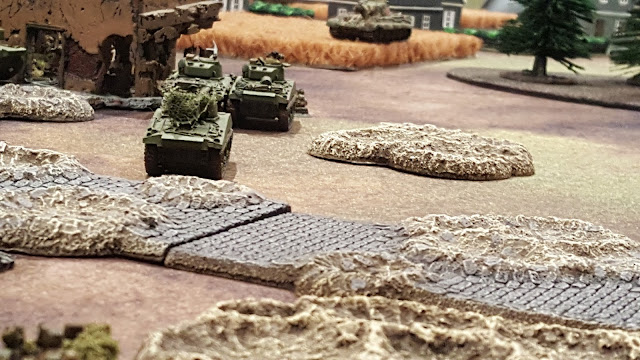 Here are those long rage shots previously mentioned.  King Tigers I don't think hit a single time with their main gun all game... 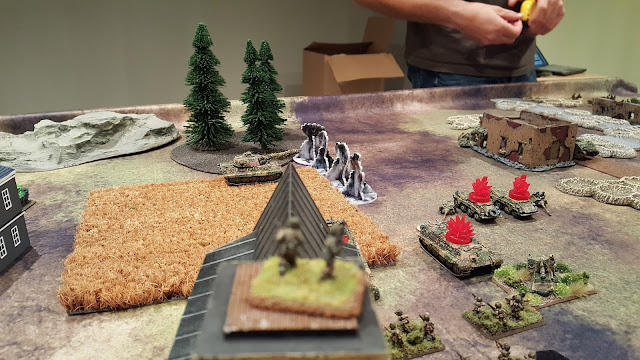 Matt's observer on the church roof calls in a smoke mission from the Pack Howitzers in front of my KT. 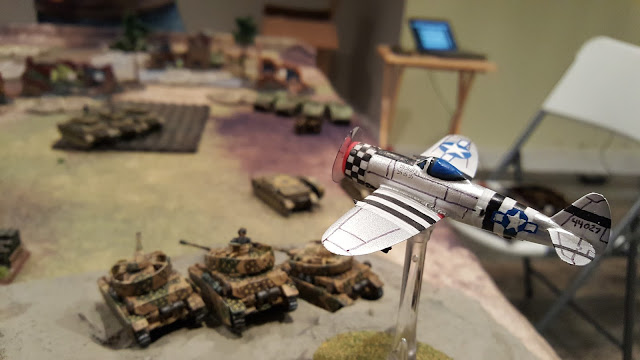 While this 5-kill Ace P-47 Thunderbolt driver tries his hand at using guns on the thin side armour of my remaining PzrIVs.  Would take them many turns, but the planes killed 3 tanks.. Worth the 150 points????? 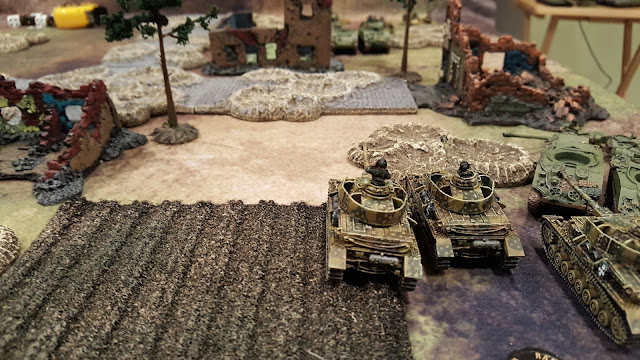 Oddly, driving TOWARDS fireflies ensures no deadly accurate Semi-Indirect return fire, and here I am able to focus down the last Firefly.   2 platoons killed, however both were non-Formation platoons.... 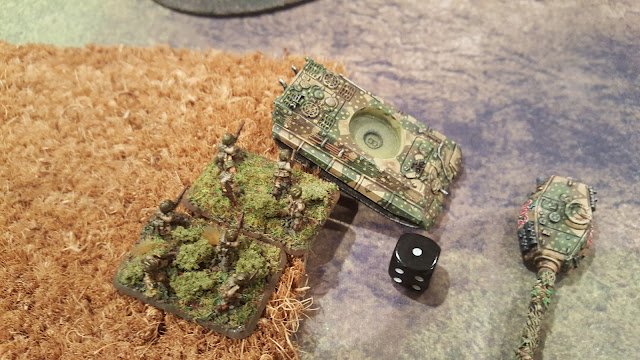 After a meatgrinding 12 turns, my lone KT who HAD to be within 8 inches of an objective to prevent the Defender Win condition, gets assaulted by, you guessed it, Airborne with Gammon bombs.   I defensive fire 2 of them with my turret MG, but of course roll a 1 for top armour vs the Gammon hit, and another King Tiger is captured by the Airborne.   They will drive back to base IN STYLE, if they can read the german gauges that is!  Thanks for the fantastic game Matt, we certainly came up with weird rules situations, so it was good to get these out of the way given our lack of V4 playing this year!    Video below.