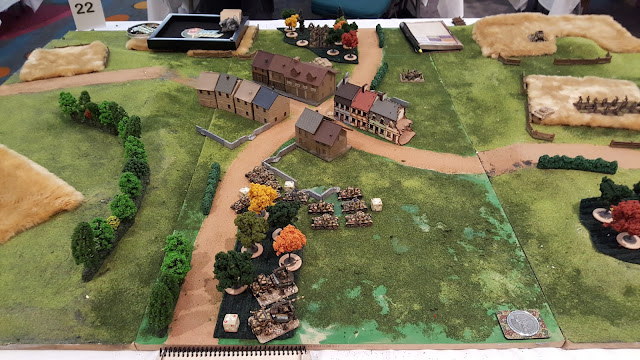 Game 1, Andrew B, Brit Matilda Co.   He had 2 command Matildas, platoon of Matildas, 2 infantry platoons and some recce carriers.  As we were both Tank companies, I had to attack.   As I have nothing except the gun-trucks which can scratch the paint on the Matildas, it would be an uphill battle.  I torched a reserve platoon of infantry, and got the recce carriers down to 1 vehicle left but their MGs had killed both gun-trucks.   No way of harming him, couldnt stop him contesting, 2-5 loss. 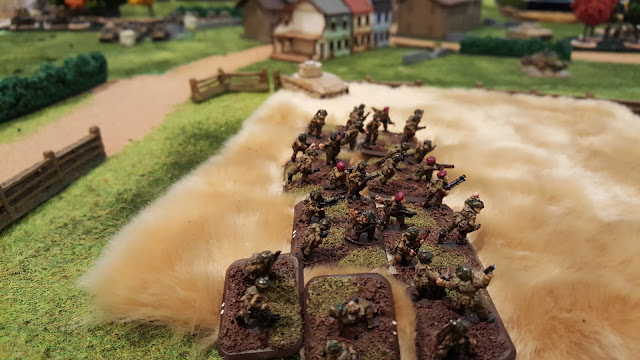 His Brit infantry were in the tall grass 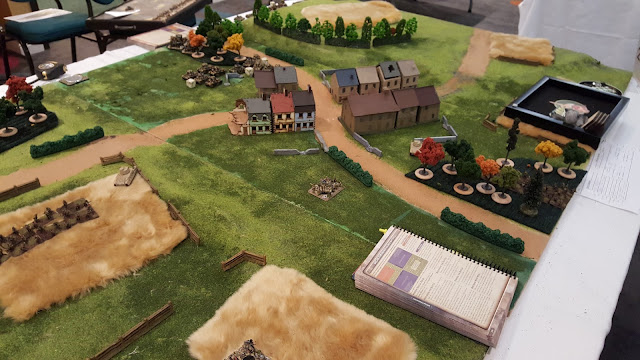 I didnt take any further shots as I was futilely trying to get some platoon kills... His Matilda list was the rock to my scissors!

Game2 vs Andrew Dobson (I played all 3 Andrews...) Pincer, he was playing Finns with fortifications 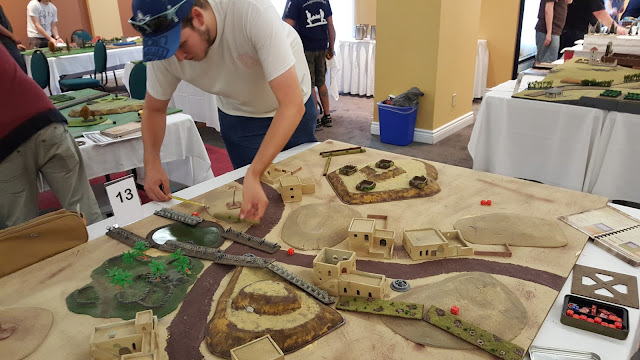 Andrew lays out his defences all the way across.   I thought Half-tracked couldnt cross wire, so I thought they had to brave the minefields... turns out only very difficult going. 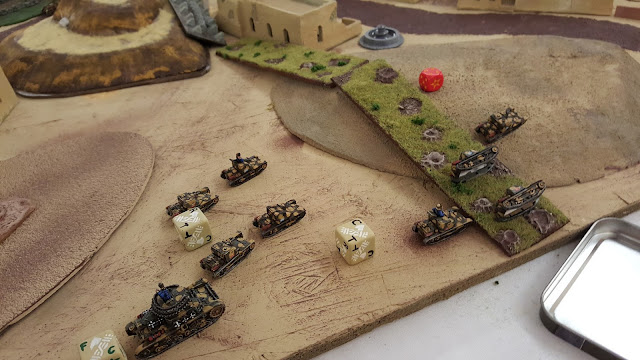 As you can see, I am losing vehicles left right and center trying to cross the mines 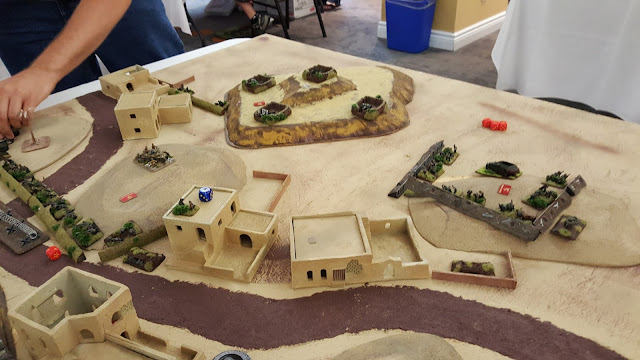 He has gun pits for his artillery, though I would assault the far left position 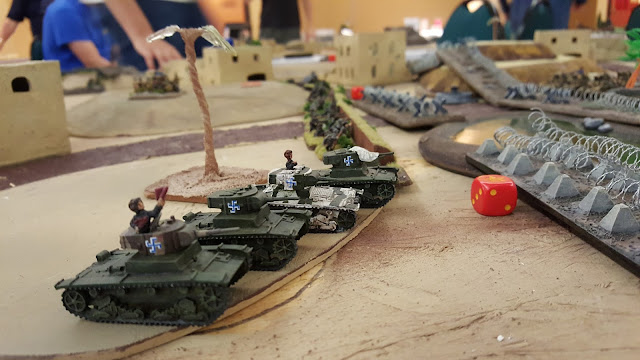 His ambush of T-26s.. I would later kill all these. 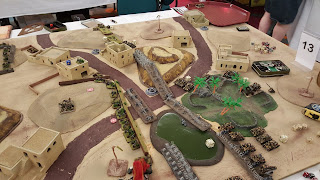 2 waves of tanks are trying to press the issue before his reserves come on. 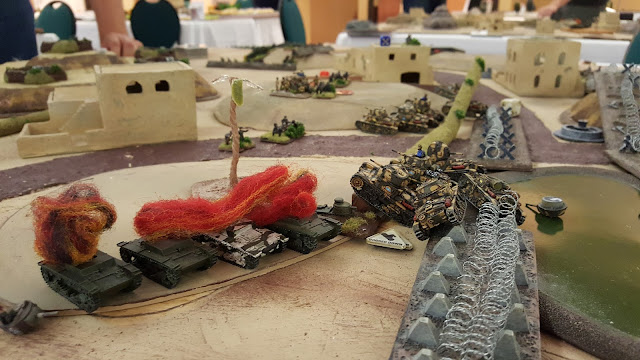 After killing the T-26s, my Carri roll 4 out of 5 bogs to assault the Jaakari in the trenches.   He captures them all... 2-5 loss, just couldnt press home the attack.


Game 3 vs Ross Bradley's DAK, Dust Up
This was the ultimate chess-match.. I was able to smash his PaK-38s after he completely missed shooting.   His artillery was hammering me though. 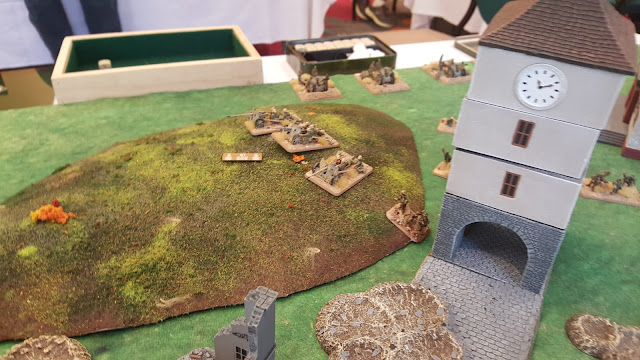 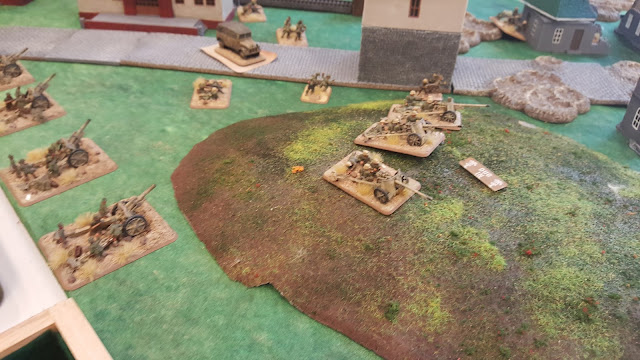 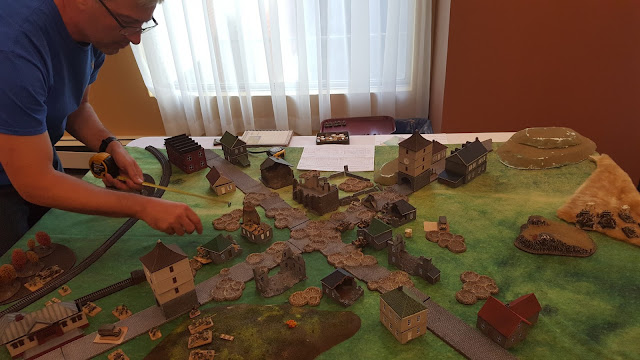 The bombed out center is well themed.. his 10.5s were putting in some work on me.  My plan had been to kill his platoons as they came in from reserves, but as I couldnt hit either, they would turn the tables on me and kill my gun trucks and so on. 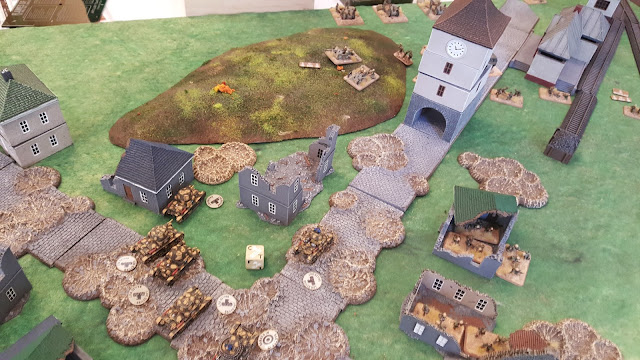 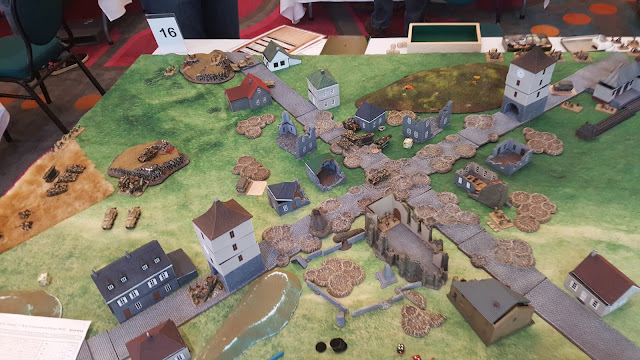 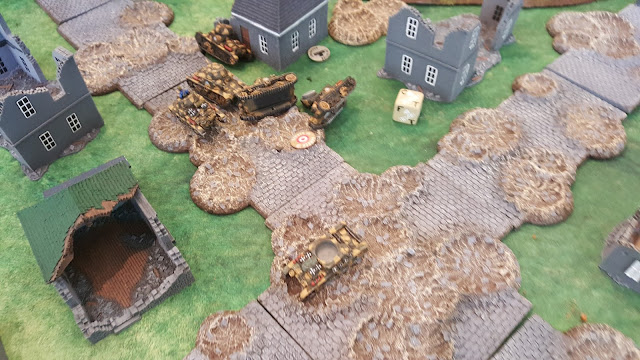 Down to 2 tanks in the center. 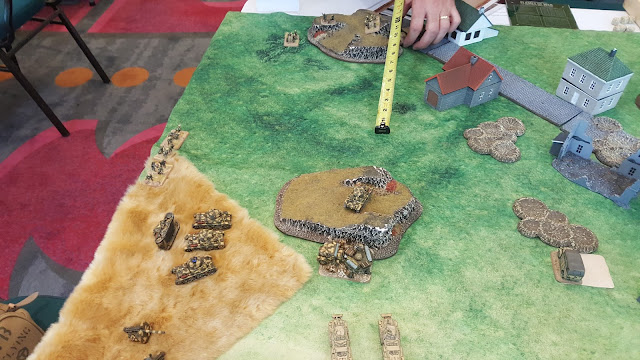 His 8-Rads torch my platoons and threaten both objectives 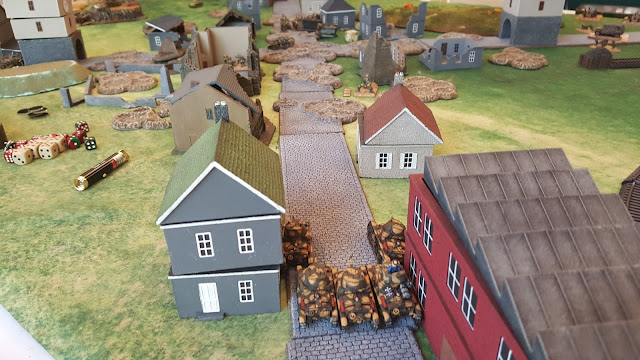 My reserves come on, but Slow Tank is just killing me here.. I needed to be further into town. 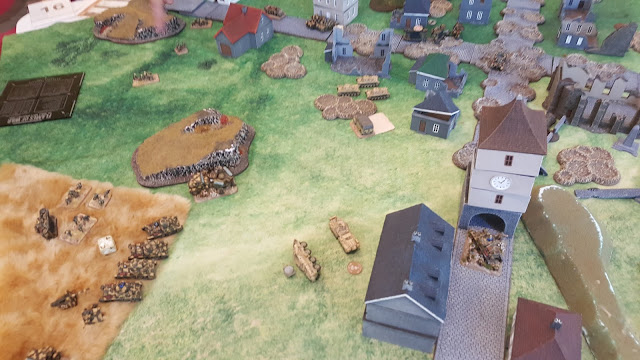 End-Game:  His Pzr IIs are on my objective.  I could have moved my tanks 8, then HOPED for Avanti to contest, or just straight up kill them with 7 tanks.   I should have Avanti'ed!  3-4 loss, but great game where every single decision was make or break.   Great games all around.

Tomorrow I have the other pics of other ppls' games up.
By Matt Varnish at September 07, 2016