'When in Rome...' FOW Italians for EW and MW Part I 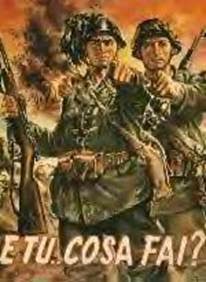 So from my good friend Andrew/Twinlinked from the podcast, I have finally convinced him to let go of his Italians.  I am a sucker for those weird wacky armies (Free French, 21 Pzr Bathtubs, etc) so why not trade my unbuilt Canadians for these guys.  Most of the were built, but in varying states of disrepair.   I also bought a few more tanks and things, and am still awaiting a Falco biplane.﻿ 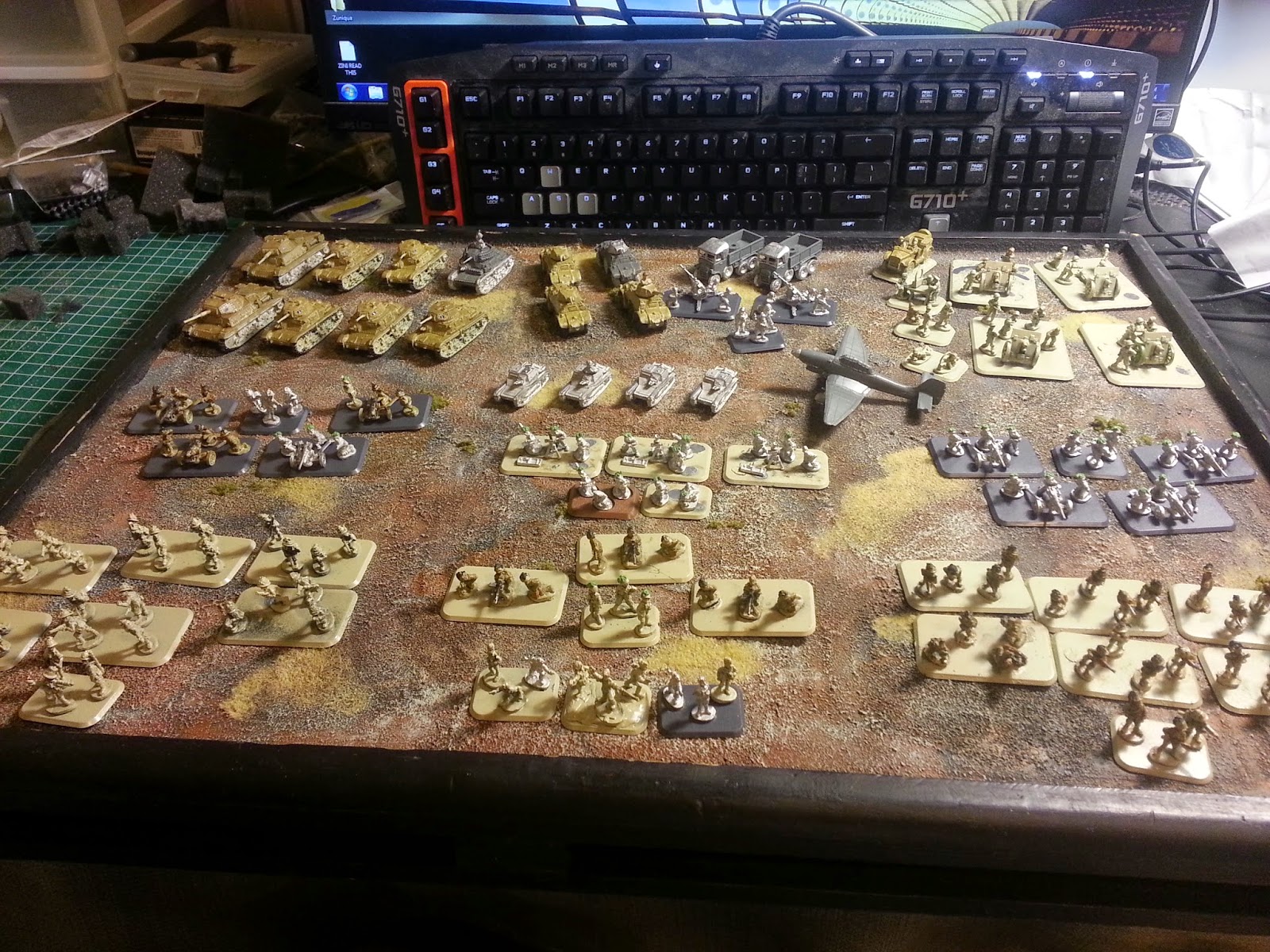 Here is most of them built.. the used stuff was in a tan glossy undercoat which I will have to cover to match the rest. 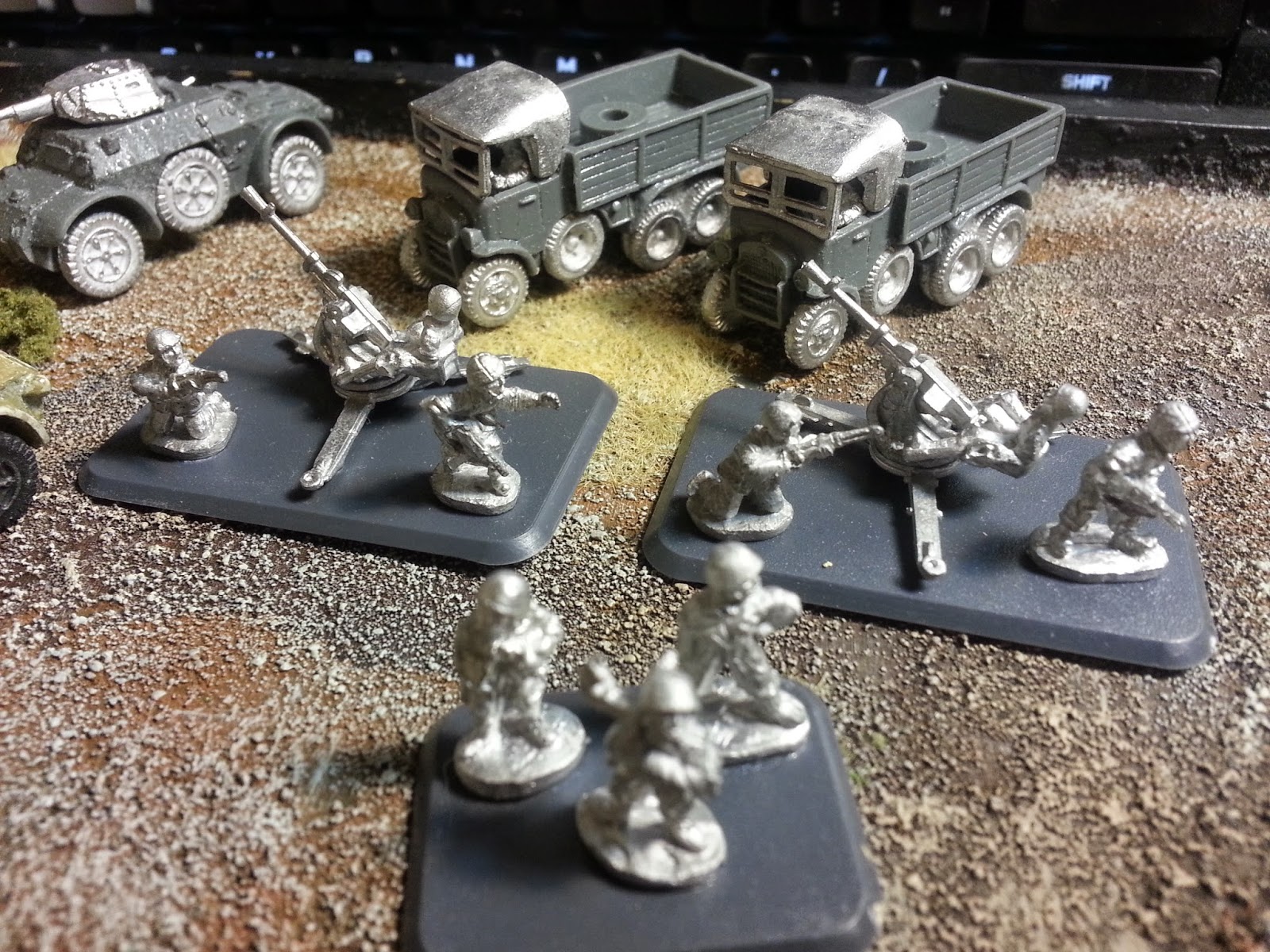 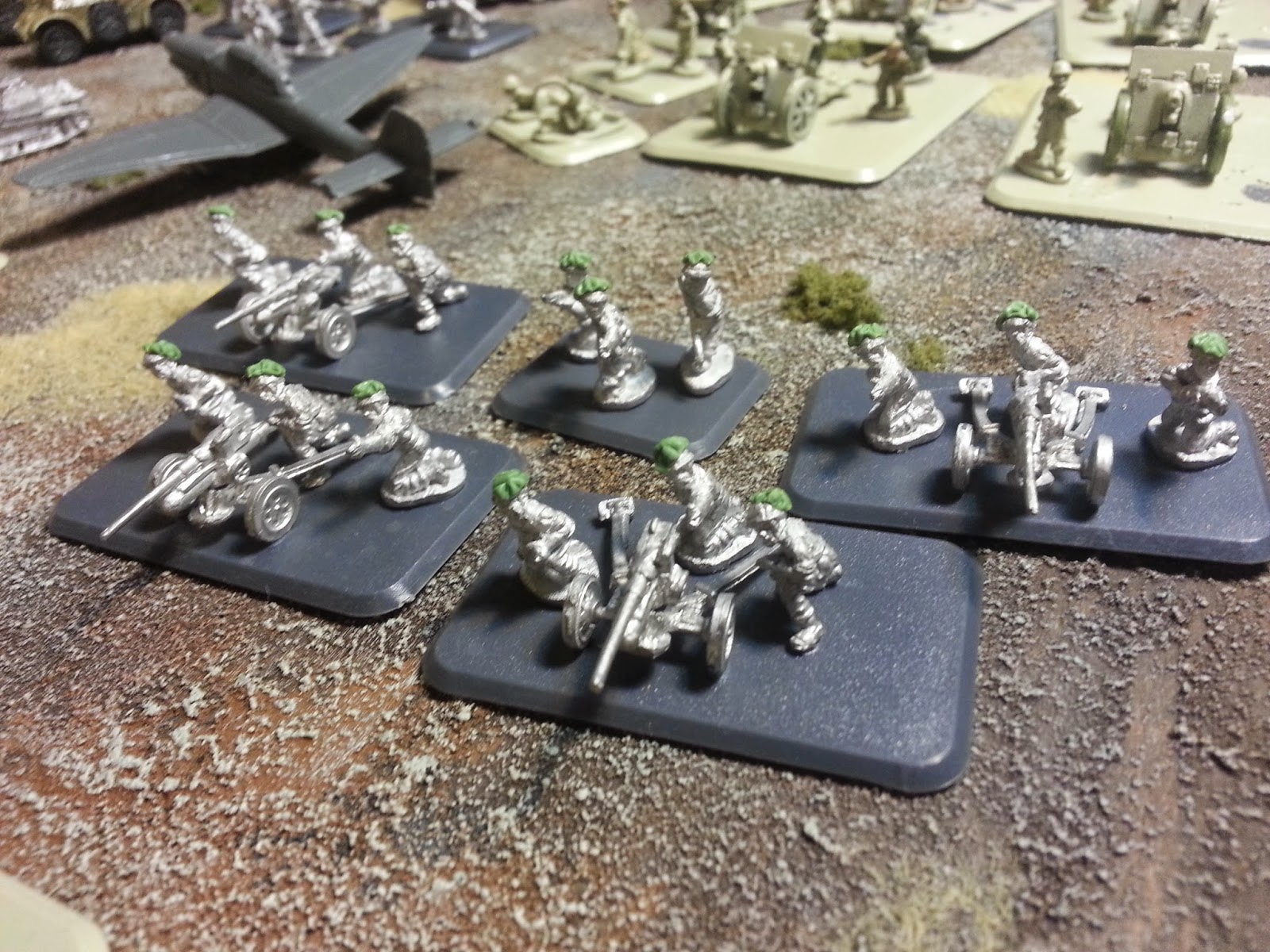 I am doing Bersaglieri, and the store up at the Army base only had Paracudisti.. so I had to greenstuff the cockerel feathers on a LOT of helmets.. as you can see above with the Bersaglieri Elefantino platoon. 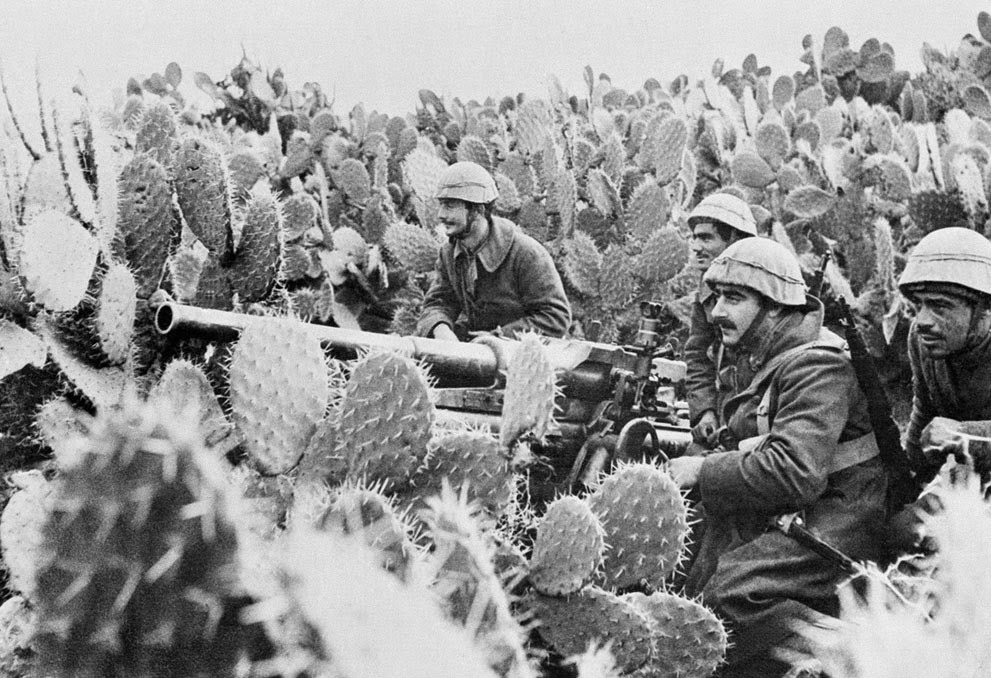 Who needs razor wire?  Should I do Cactii for my Elefantino bases?? :) 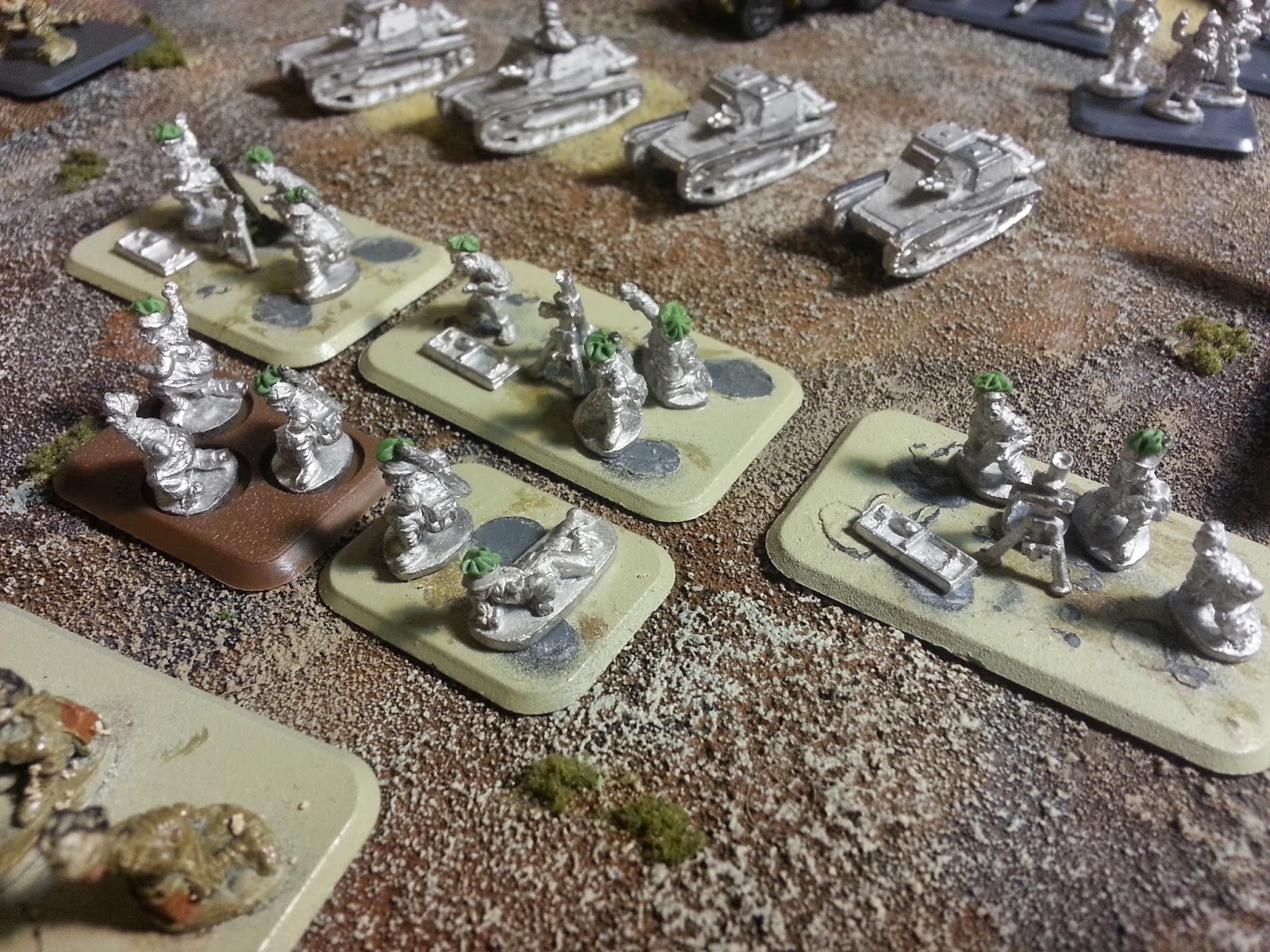 3 tubes of mortars plus observer (test platoon).  Again, greenstuff feathers.  Note Tankette's in the background.. so tiny they don't have resin hulls, but kick out 4 MG shots per tank! 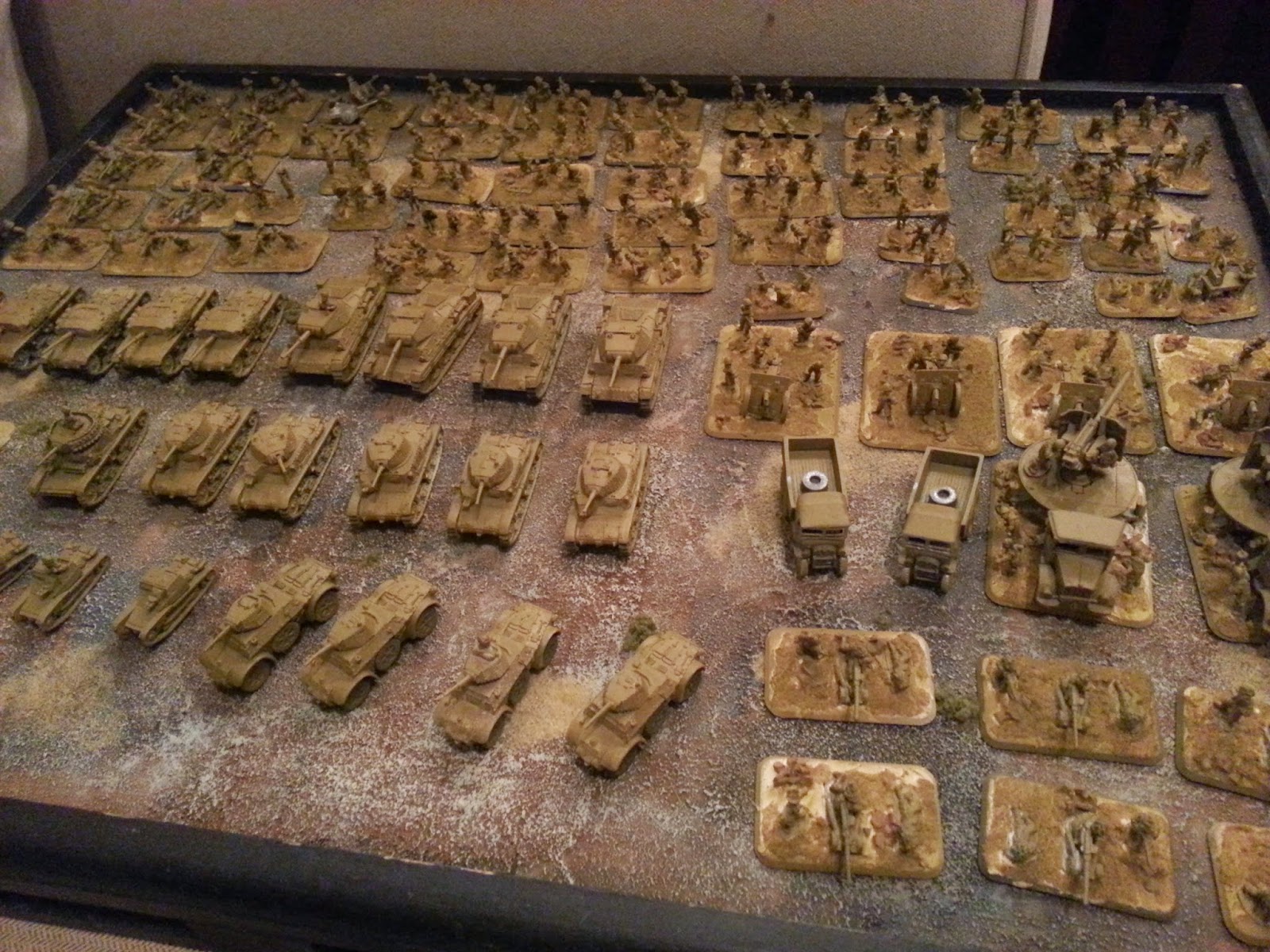 Here is EVERYTHING based, rocks, sprayed with German Armor (Desert)   Yes that is 2 FULL Bersaglieri platoons with ALL the fixings for MW hehe. 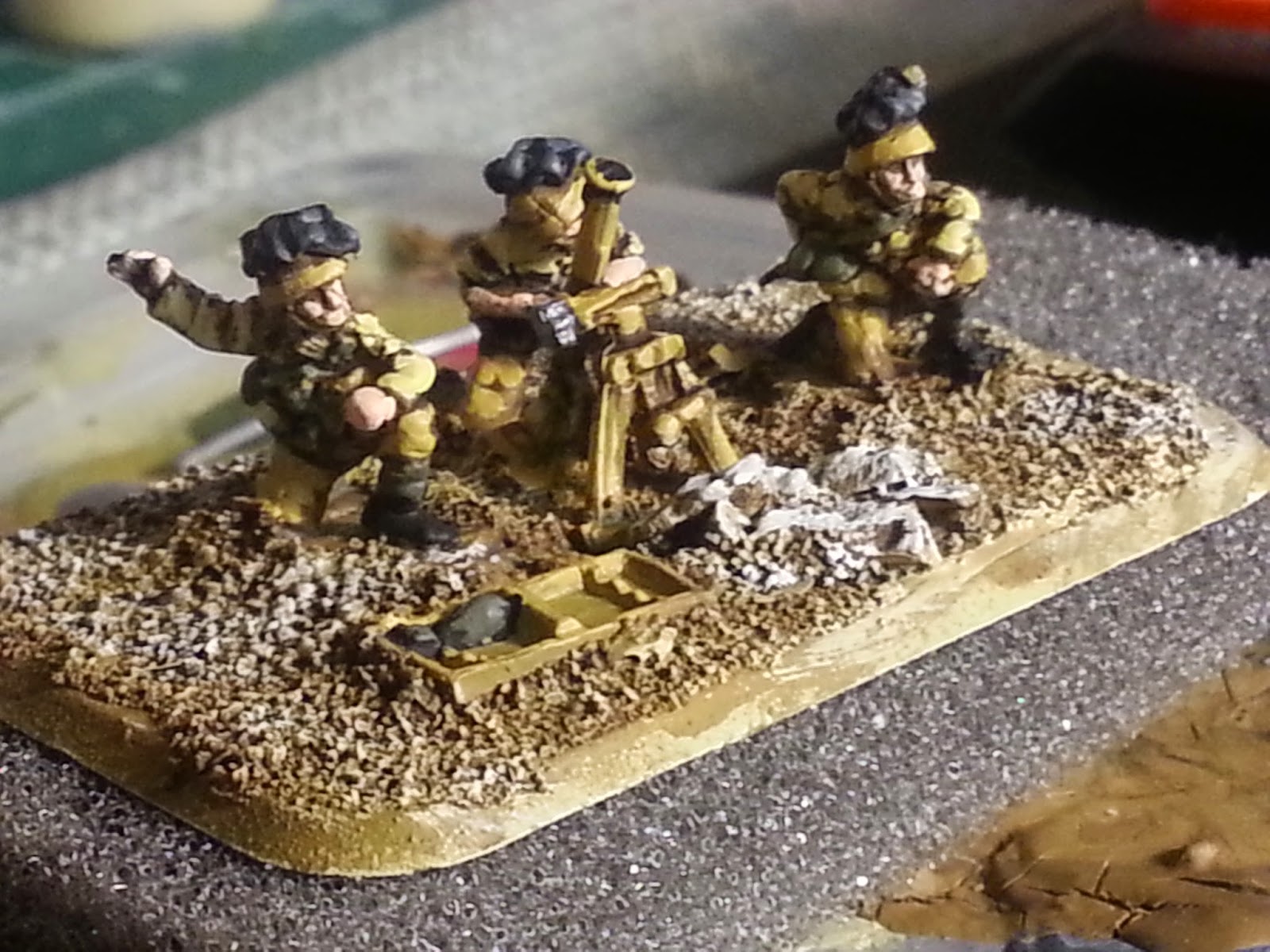 Test mortar complete, front.  I used spare parts and crew to put this together, so forgive the german mortar kit! 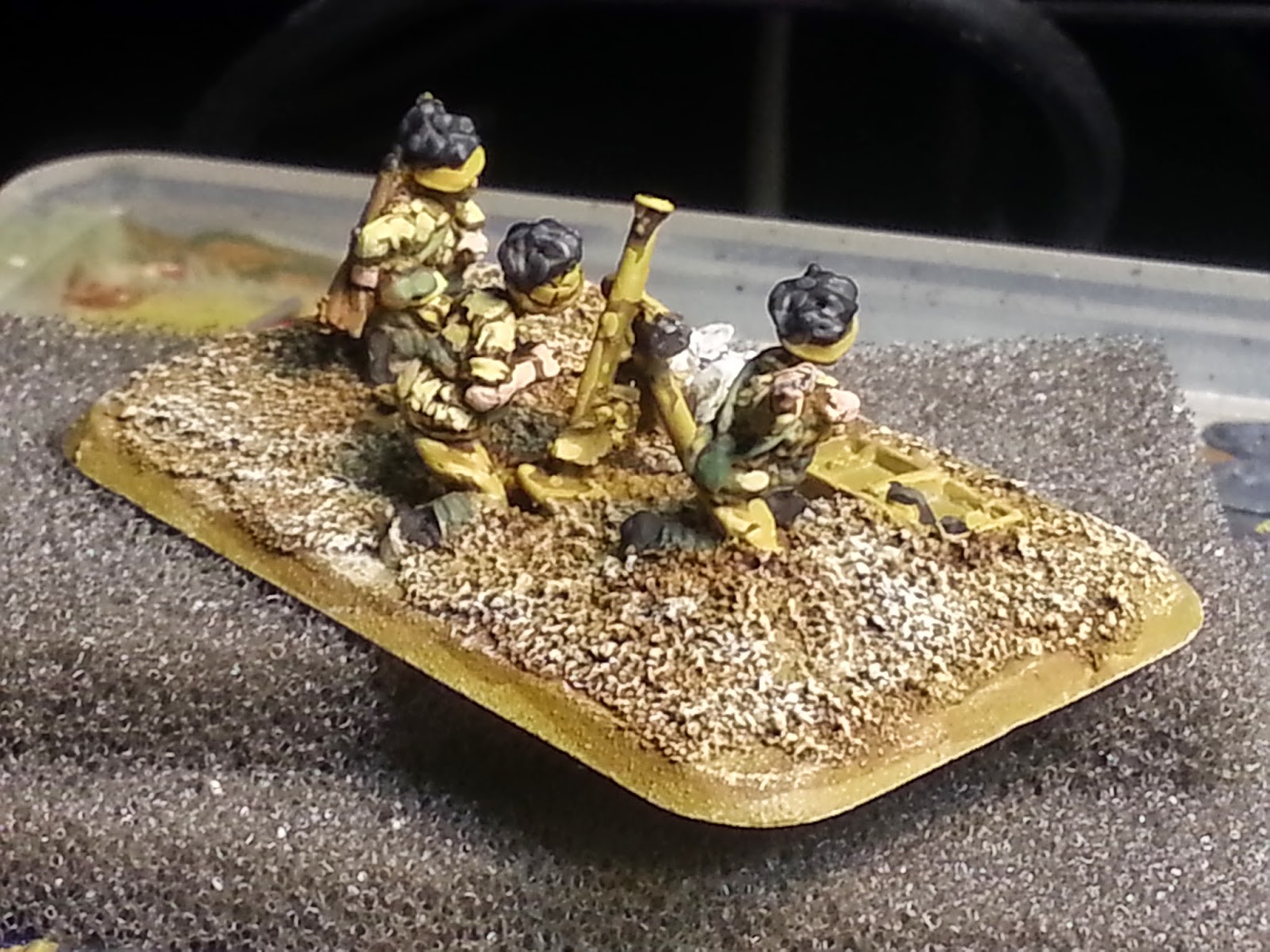 Tunics with Desert Sand highlights. I think its too bright... 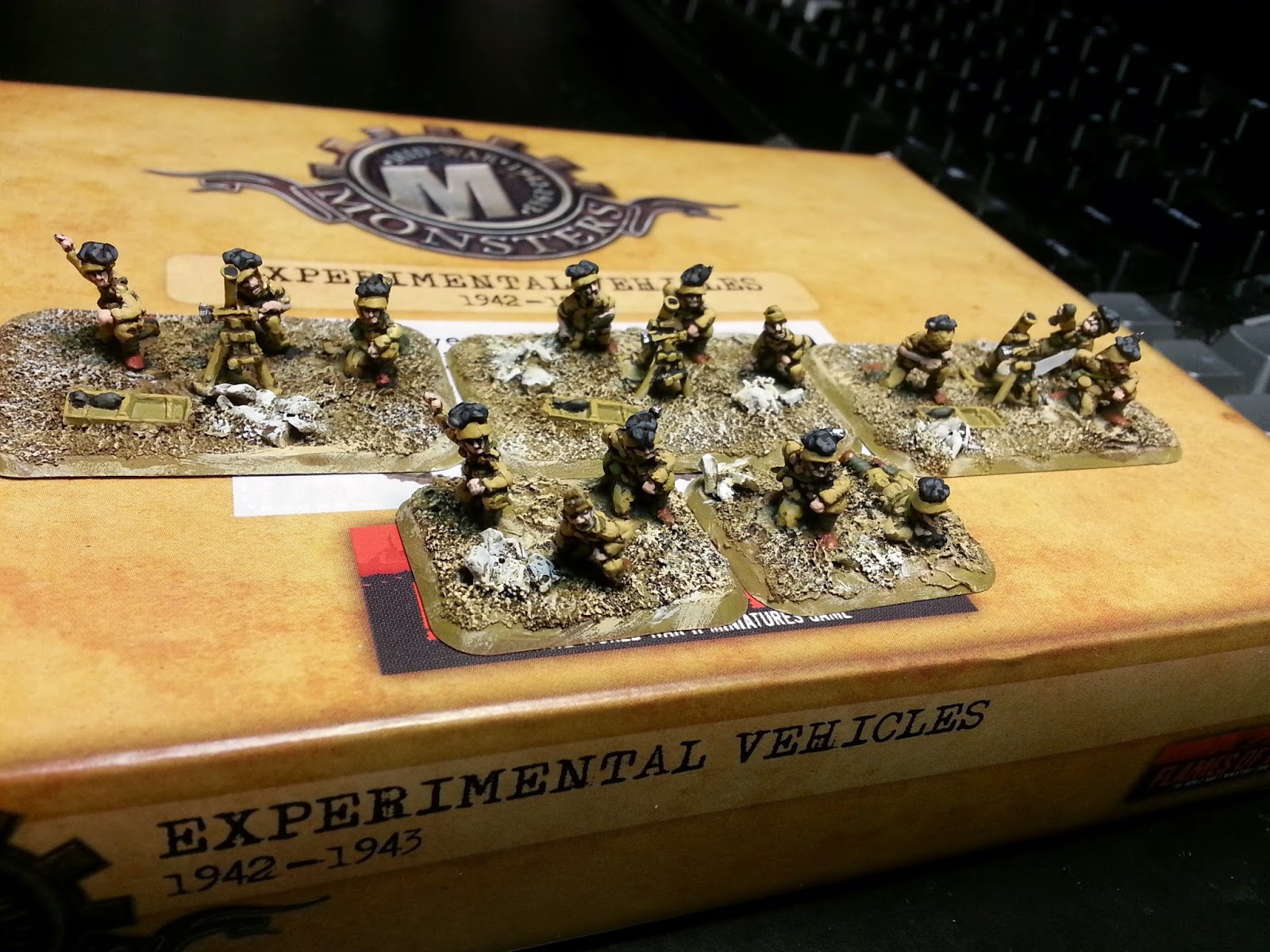 ..and so covered it with just Desert Yellow.. which I think is too close to the green ochre that is the helmets and pants.. 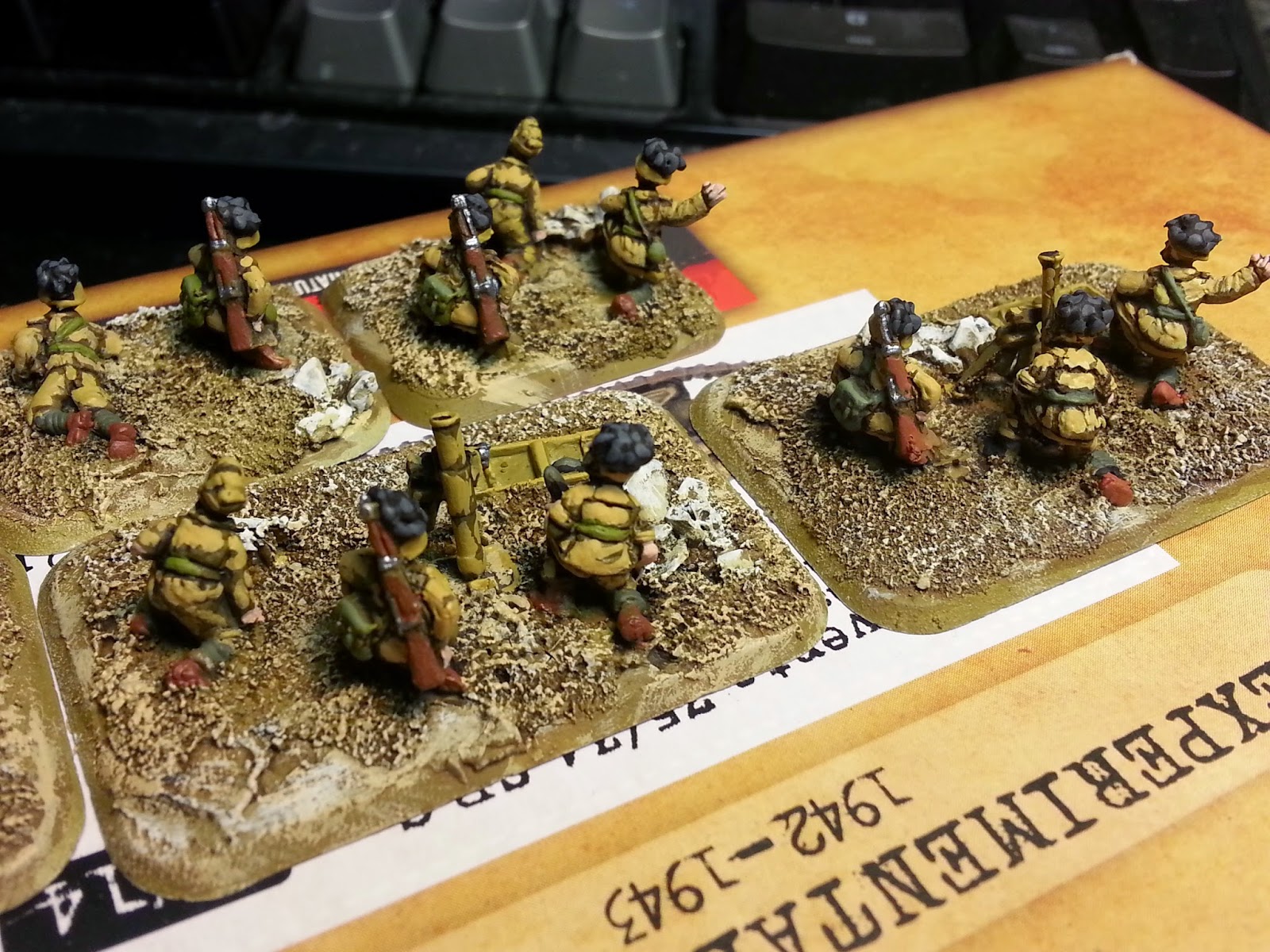 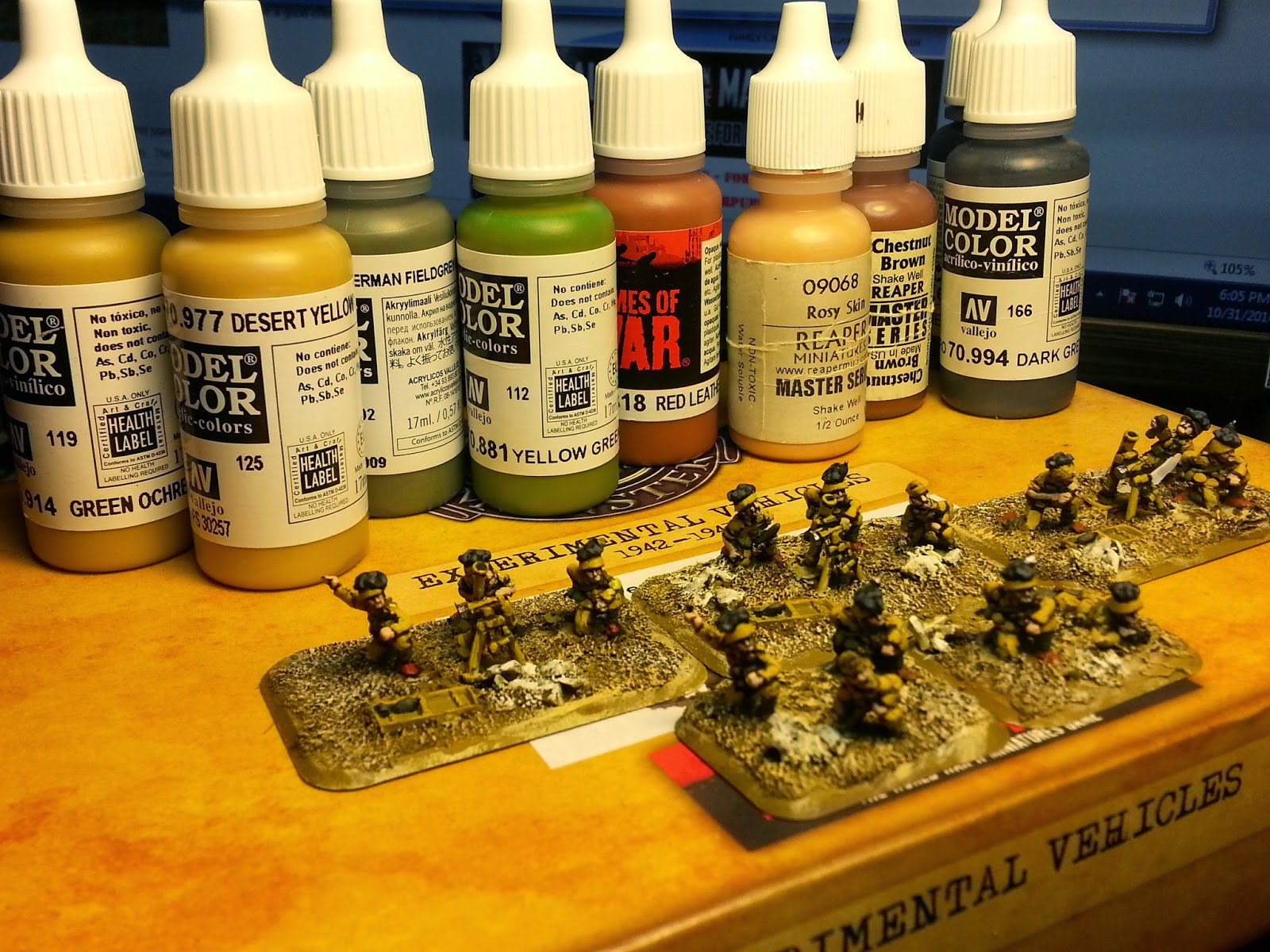 Colours that were used.  Still hemming and hawing over adding that Desert Yellow highlight to the tunics.. we'll see.

The Petawawa Gaming Shop Boys.. I can shorten that to Pet-Shop Boys right?  Are having an Early War tournament in March.   So with 10 more platoons to go (and probably list switching) I SHOULD have time right guys?
<INSERT ITALIAN STEREOTYPE HERE> 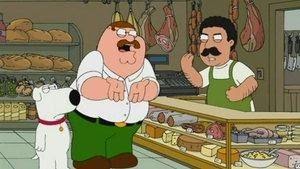