There is NO Escape!

In this weeks installment of Friday Night Fights, a small group of us played Escape From Colditz. It's a board game that came out in the mid 1970's, it's creator was a prisoner at Colditz Castle during WW2. Colditz Castle is located in Eastern Germany, and has existed for a thousand years! It became a prisoner of war camp at the beginning of the war in 1939 and was in use right up until April 1945. The board game is loosely based on the layout of Colditz and the premise of the game is to escape to Allied territory using any means necessary. 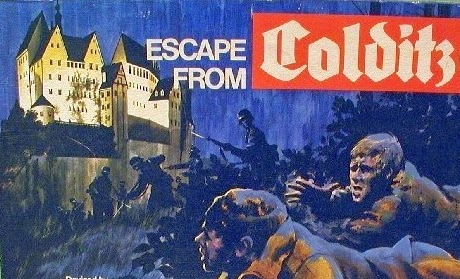 The cover art has changed over the years, a Swastika appears on the first run of the game, but was later replaced by an Imperial Eagle. 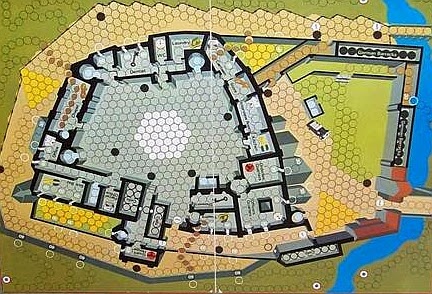 Players take the roll of an Allied country and are given pieces to move about the castle, collecting equipment, manipulating guards and attempting to gain access to different parts of Colditz. All of this is done to break out as many of it's POW's as possible. Players can collect 'Opportunity' cards that give them advantages such as equipment, false documents and escape uniforms that are necessary before you can make a break for it. Keys, Wirecutters, Passes and Rope are collected by moving a token into a room with the appropriate symbol. The complication arises from requiring TWO tokens be in a room containing the SAME symbol in order to get that piece of kit. For example, if you wanted ROPE, a player would require one of his tokens to be in the Chapel and the other token in the Sick Bay. You could also have two tokens in the same room to collect that piece of kit. Trading of cards and equipment is encouraged and co-operation between the Allies prisoners is the best way to beat the Germans.

Only one person plays as the German guard force that watches over the prison and maintains discipline within Colditz's walls. Instead of 'Opportunity' cards, the German player can collect 'Security' cards. This entitles the guards to search rooms, confiscate equipment and even 'Shoot to Kill'. The guards may only throw someone in the 'Cooler' for carrying equipment in an open (gray) area of the interior of Colditz. Guards may not enter rooms without the appropriate search card, thus making it a little easier for the POW's to move about. If players manage to gain access to the exterior walls using Keys, forged Passes or Rope to scale the walls, then it's game on and the German guards can arrest anyone caught. The light blue areas are safe zones free from guard search or arrest. No POW player may stop inside a yellow zone denoting 'Search Light' areas. This makes moving around outside the main courtyard tricky. Once you have a plan, either over walls or underground through one of three tunnels, it's time to make a break to Allied lines. The roundels on the map denote the Allied safe zones. It's best to set a time limit or the number of successful escapes that have to be made in order to secure victory. Will you surrender your equipment to the nearest guard to remove them from the game temporarily? How much rope will you need to climb over walls in order to use your wire cutters to gain freedom? Can you make it to the courtyard to steal the Kommandants staff car and drive out the front gate? 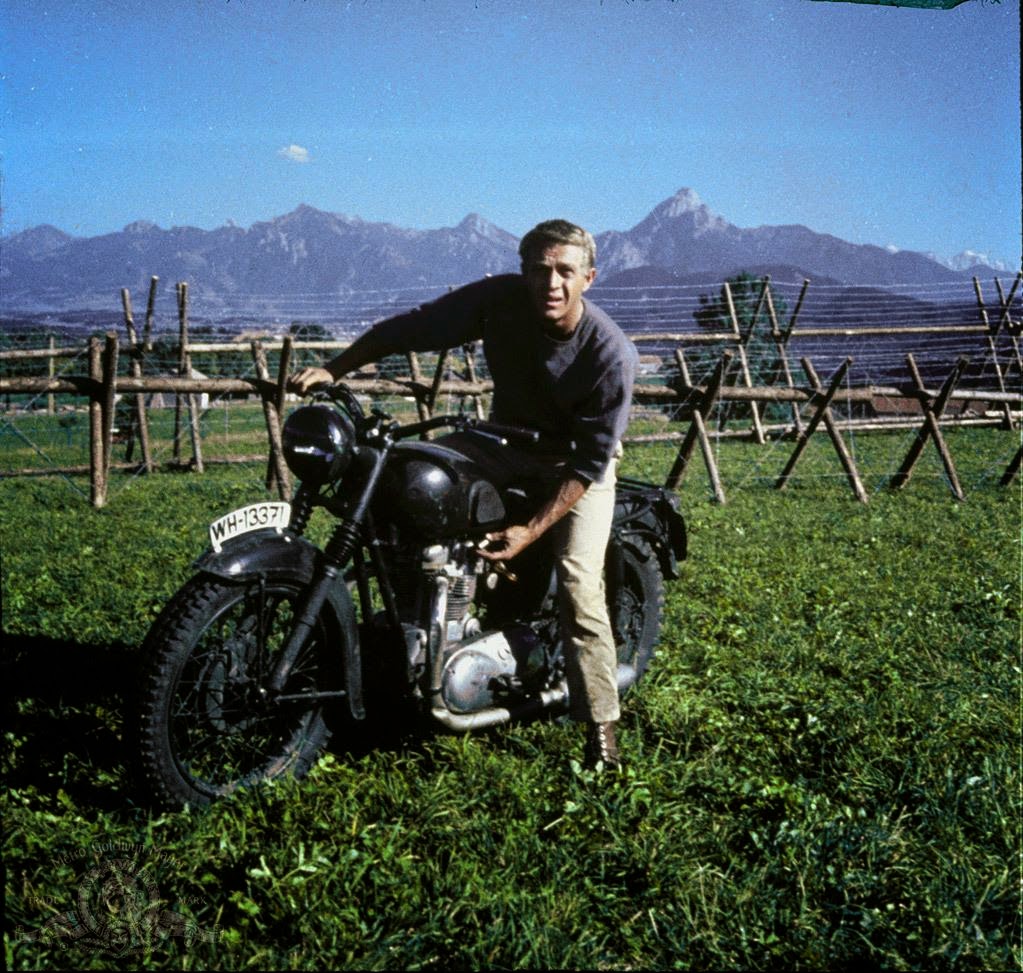 Can you do what 'The Cooler King' couldn't? Good luck in your efforts to make it to freedom.

Escape From Colditz is available online through various board game sites and there are a few to be had on Ebay. It's a fun game and worth owning, there are not many WW2 board games based on actual events that are as fun as this one is.