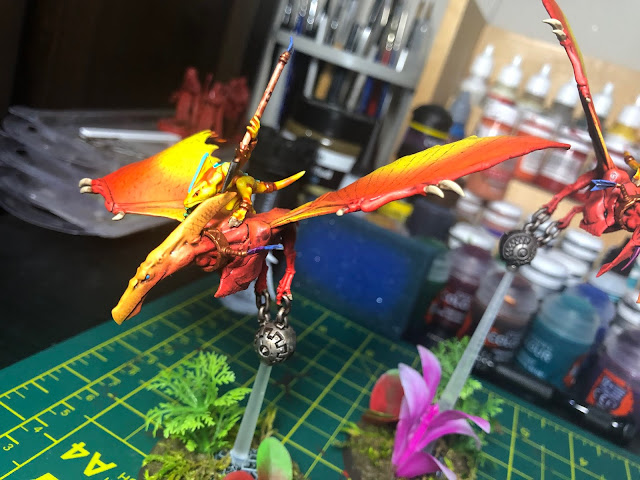 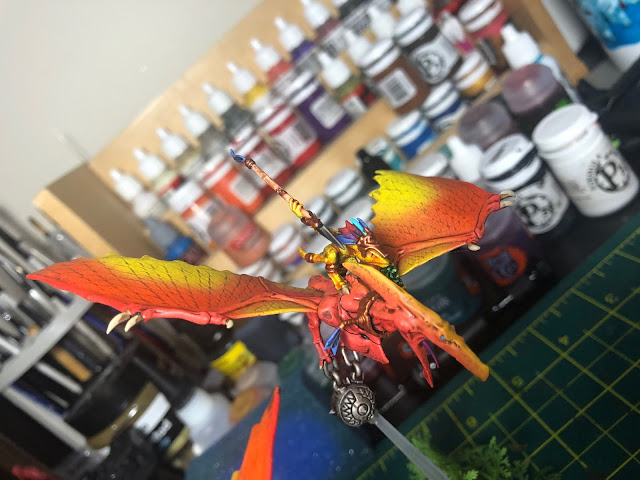 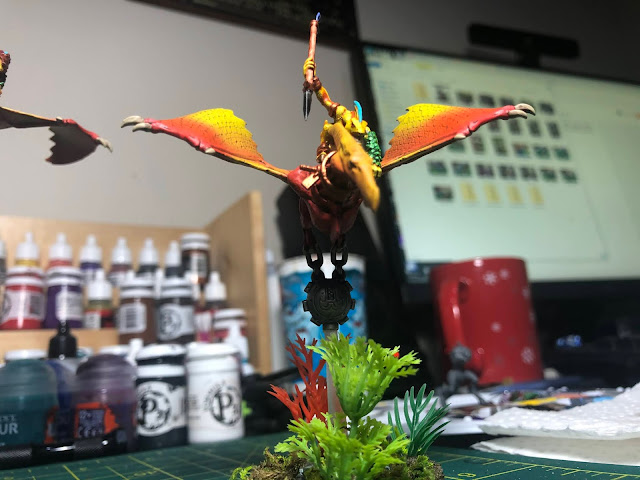 If they aren't enough for my opponents to worry about swooping 16" across the table each turn, I also finished my Bastilidon. Just based on their rules and the way the model looks I think this may be the first of a pair, but we'll see as I haven't even played a game with the army yet! 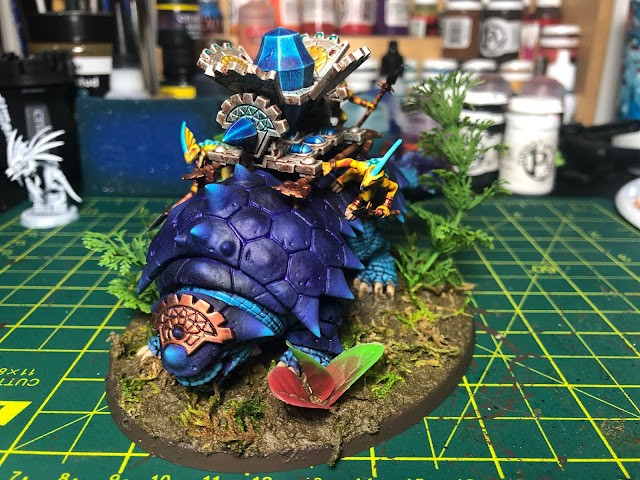 The Solar Engine on its back was fun to paint up to look alien. It shares the details and characteristics of the Oldblood's Sunbolt Gauntlet - dare I say almost Necron? I love that the updated lore spells out how the Seraphon Slann actually did use the ziggurat structures as spaceships to flee the End Times of the Old World. 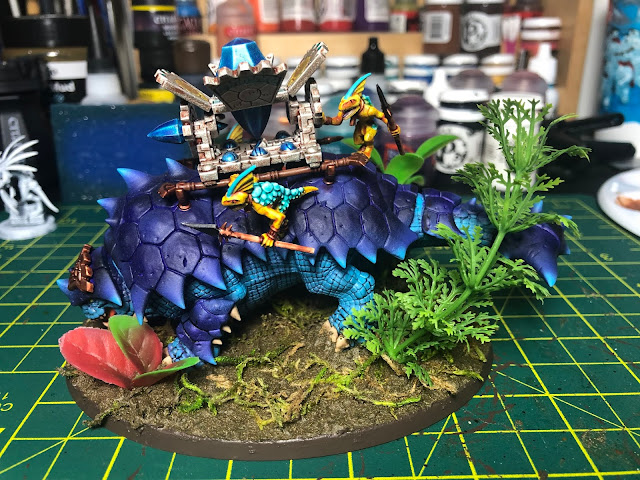 3 skinks riding on top, the one in the rear actually using a biometrics like hand print "trigger" to fire the Solar Engine. Nine (9) shots at 24" doing 2 damage each with -1 rend!! Amazing! 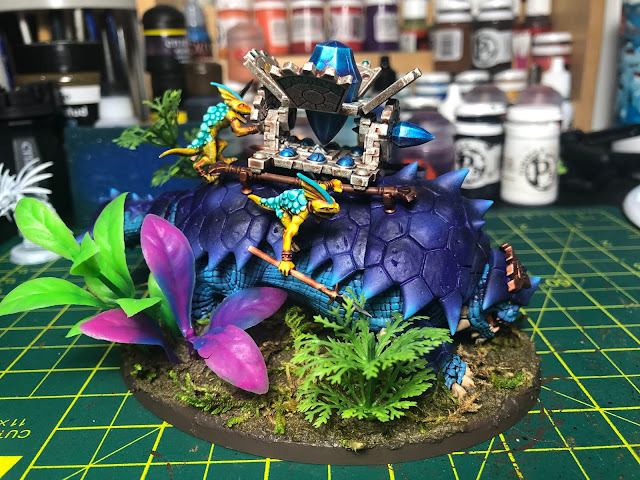 Next up in the queue is the second Carnosaur/Troglodon kit and what to build. Oracle on Troglodon or Saurus Scar-Veteran on Carnosaur. As I am planning my initial 2000 point force to be Coalesced and most likely based on Koatl's Claw, it will be heavy in Saurus warriors and knights. This is the best approached based on the models that come in the start collecting boxes I have so far. It also means that a Skink Oracle on Troglodon is a large points investment into something that doesn't have much synergy with the other units.

So I have decided to build and paint the last kit as a Scar-Veteran on Carnosaur. Two large T-Rex like monster models on the table? Oh yeaaaaaah! I think it will look awesome and will provide more flexibility and Saurus based command abilities for my army. So please check in next week as I have already started assembly and I plan to paint it completely differently then the Oldbloods Carnosaur I posted previously.

I am so happy I chose Seraphon as my faction for Age of Sigmar! I just hope they play as well as I think they look hahaha! Until next time...