Returning to where it all began...

Well, not exactly. My first war game was Battletech. Bought my first Ral Partha pewter mechs in the late '80s when they looked like this : 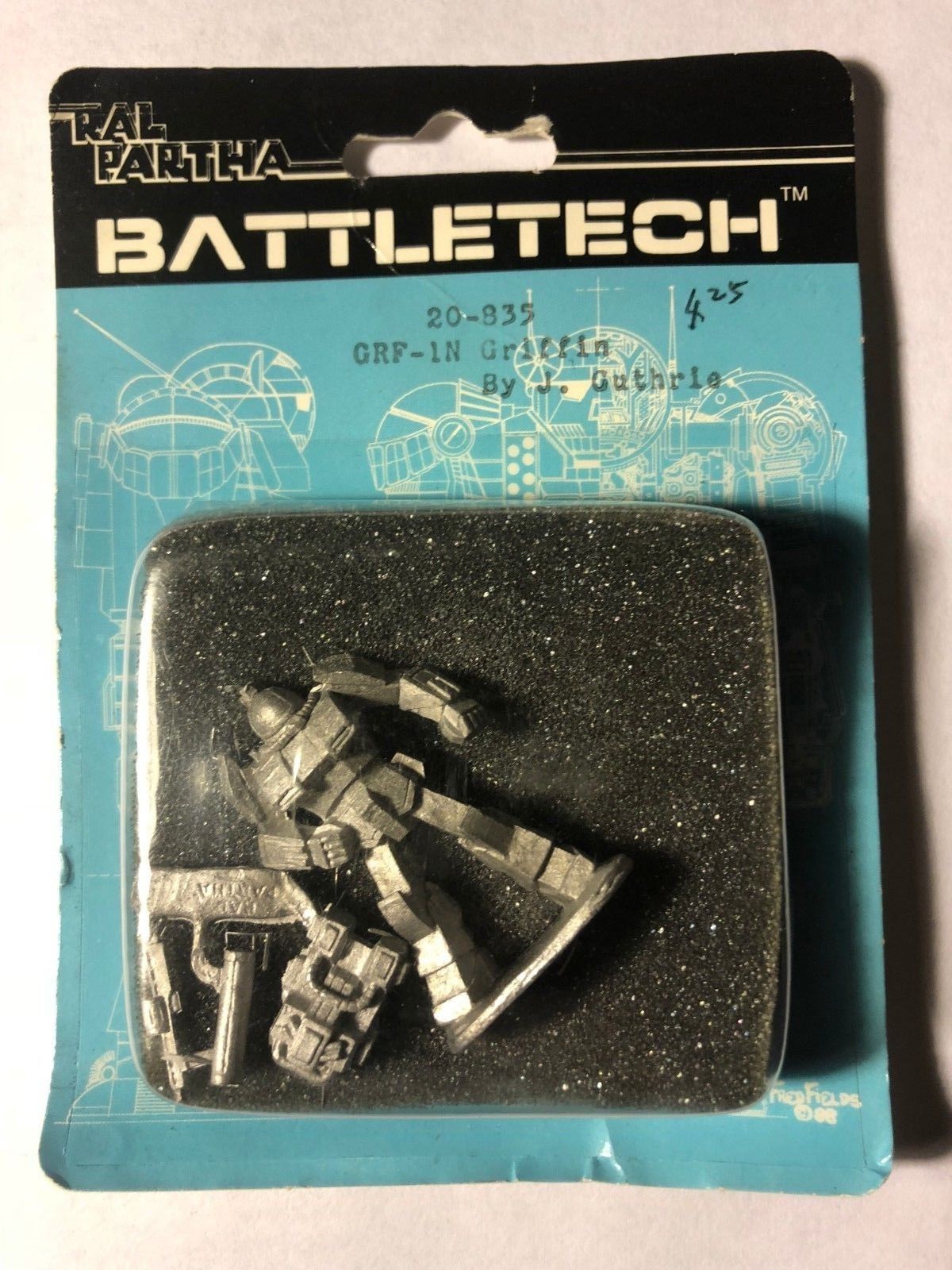 I have kickstarted the recent reboot of Battletech along with Battletech: Clan Invasion by Catalyst Games (I will cover more on that later) but this isn't exactly the "roots" I am speaking about. The first war game I really got into, played in stores, and collected and built many armies for was....... 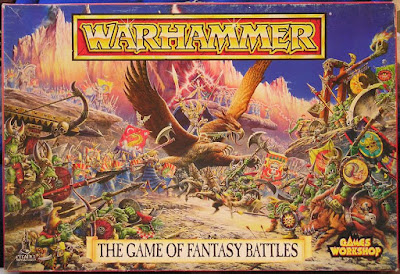 Games Workshop's Warhammer Fantasy Battles, 4th edition. Released in 1992, it was the first fantasy war game I played and instantly fell in love with. Splitting the starter set above with a buddy, we would play on the floor, using books and cups for terrain into the wee hours of the night. It may be simply nostalgia but I remember when war gaming was purely fun. Nothing more. Nothing less - always fun. We played to enjoy the interaction, to push toy soldiers around the floor or table, to try new things, play new scenarios we made up between games, you name it. Sure we each played with the immense desire to win, but the ideas of "comp", competitive lists, min/maxing, all the trappings of tournament play and the mentality behind it simply didn't exist in our world. We played at local hobby stores, met like minded players and with that our interest only grew. Then in late 1995, an actual Game Workshop opened here in Ottawa, and the rest they say, is history.

So with that as a brief background, it helps to explain what led me one day stop and watch a group of players at my FLGS playing the "new" Warhammer - Age of Sigmar.

Now to some, AoS is a dirty phase. It was for me. Mentioned in the same breath of the death of the "old world" it was shunned by many, including myself. At the time (I think 2014/2015?) Game Workshop was the "big bad" in my neck of the woods. Over priced models, messy bloated rules systems, toxic win at all costs tournament scenes, you name it, this company was the embodiment of what I didn't like about war gaming. But watching people playing, hell, learning to play even, with half painted small forces in the back of the store made me stop  - and watch.

Why? If only to see how bad things have become ha ha. But something else happened. I saw a game that didn't appear to be a "games workshop game". It had randomized turn order, alternating combat activation, dynamic movement and mechanics. On top of that, I heard some small familiar phases and terms that hearkened back to the first days of playing. Nurgle fighting Undead, a Skaven wizard eating a warpstone to power his next spell only to have it backfire and the character die from self inflicted wounds by pressing his luck too far.... and you know what?

They were all smiling and laughing... every.... single....person. I realized I missed that. I want that again.

So with that I took to trying to learn the new AoS V.2 - the updated second edition of the game. What I found, once I took the time to look with fresh eyes, honestly stunned me.

The rules are free. The army lists, unit stats, points values, all free. An army builder, with every option listed - free. Even an iOS app, with every unit, stat, rule and list builder - built and supported by Games Workshop - free.

I couldn't imagine this company, the one even I had turned my back on years ago due to their horrid  business practices, would give anything away. But this fact alone allowed me to read, learn and even play test several different forces with a fellow Dice Devil Lothlann, without spending a nickel. And play we did. Probably 10+ games in a couple weeks, small ones sure, but each time including new units, rules, factions etc. It was refreshing. It was elegant. It was FUN! and so now begins a new journey for me, down a road I traveled years and years ago, into the "Mortal Realms" of magic and mystery, warfare and epic heroes. Join me as I log my adventures and the start of a new army..... The mighty Seraphon! 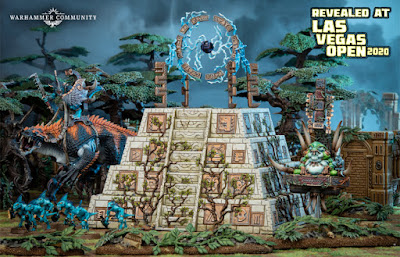