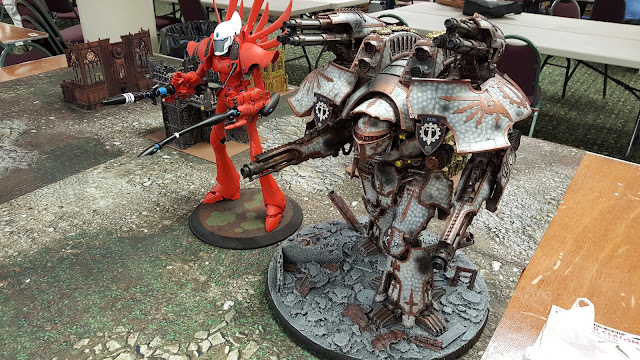 A few of us went down to Fall In this year, and while we played historical gaming, there was some 'Fantasy / Sci-Fi' stuff that still looked amazing.
(40k Regional tourney called Mechanicon).
On display were some armies and also two massive Titans.
Using today's exhange rate, that Warlord is $2074 CDN !! 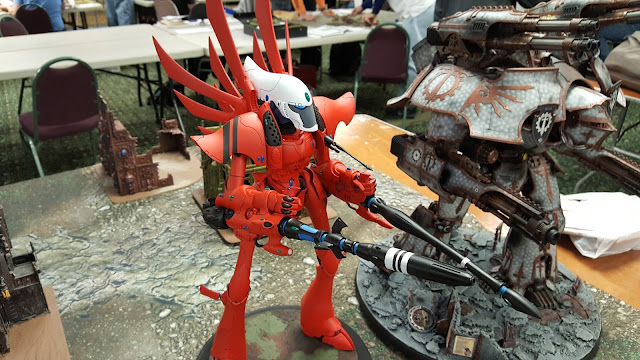 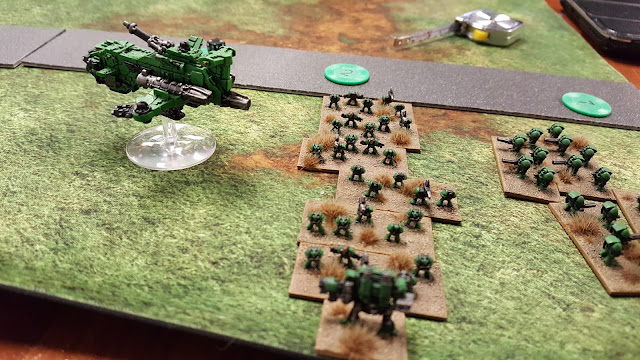 There was an Epic 40k tournament as well... 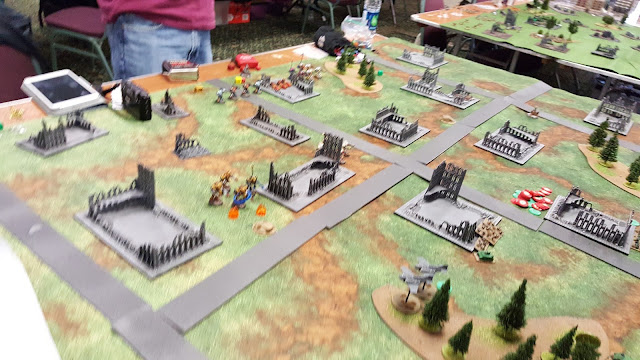 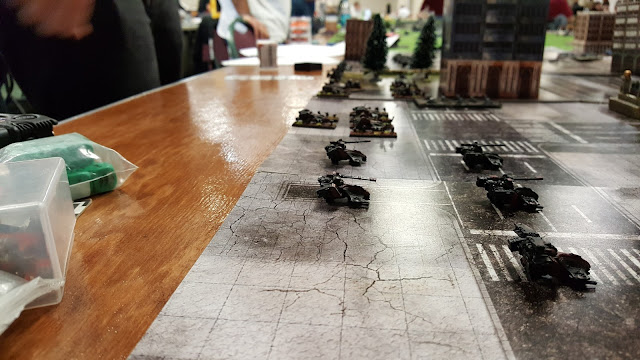 Epic resin Tau (they were painted dark grey, well painted, the camera picked up too much glare though, sorry) 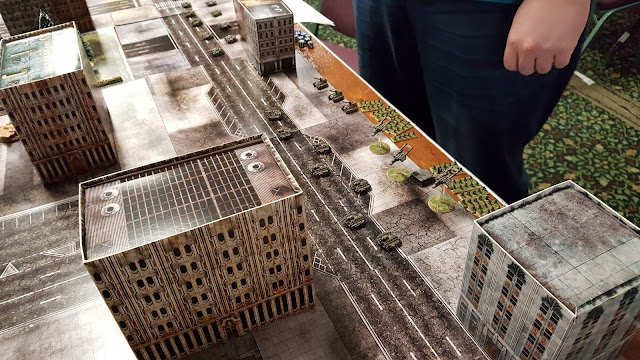 Ran into Mike from Ottawa, playing his Guard.
"In the Grim Darkness of the Far Future, there is no traffic!!" 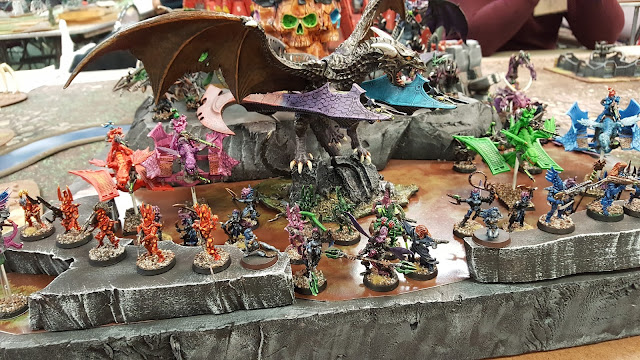 Weird Dragon-themed Dark Eldar army.  Each Dragon was melded into a vehicle, so the larger ones were Ravagers the smaller ones Venoms or Raiders. 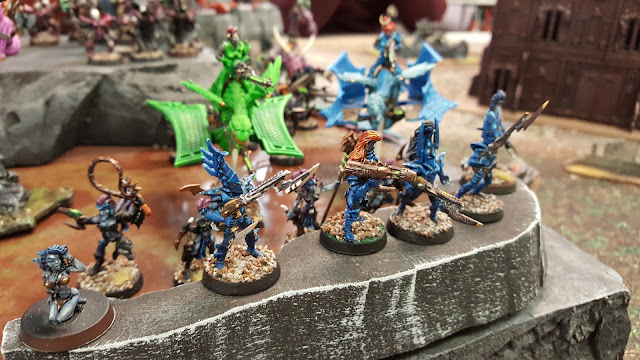 In my view, if you go ALL OUT, why use the old infantry?
At least Don King hair wasn't to be seen! 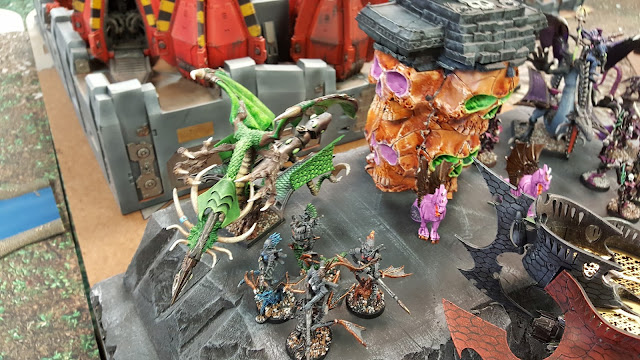 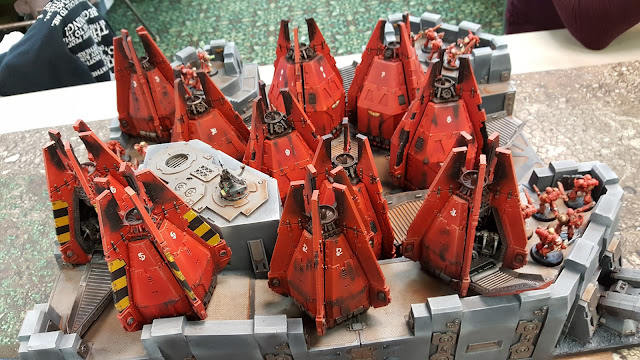 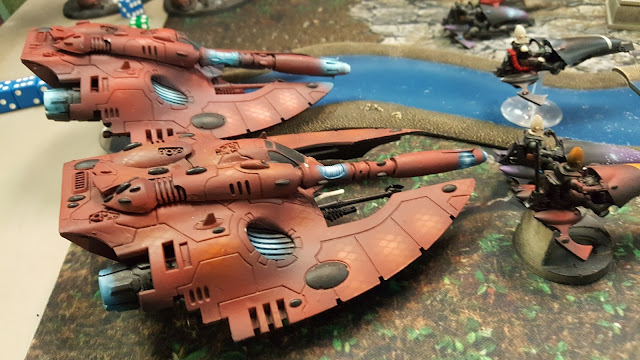 Not sure how they were painted, but the faded hex patterns on these Eldar vehicles are cool-looking 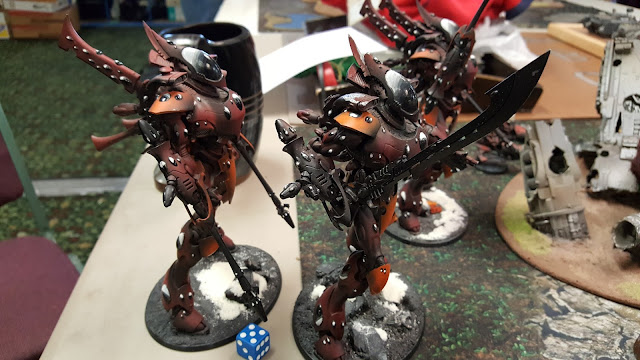 Tough to tell, but the gems and face plates were done up to be gloss black. 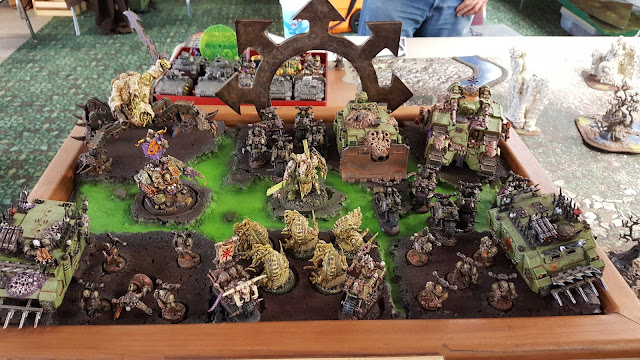 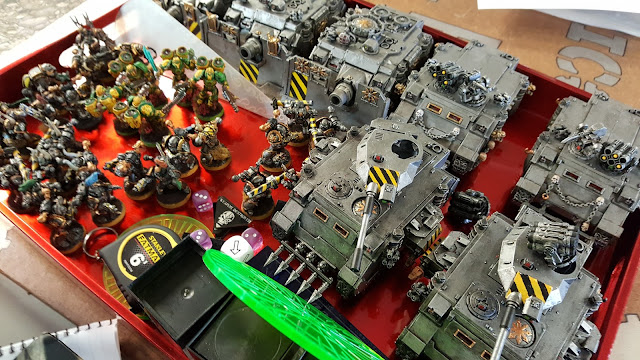 Iron Warriors.  Not sure why the yellow Raptors are there.... 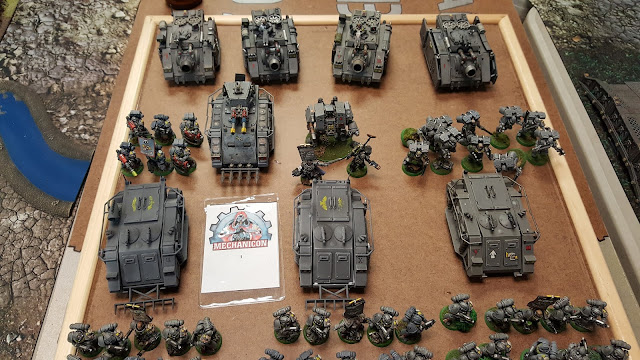 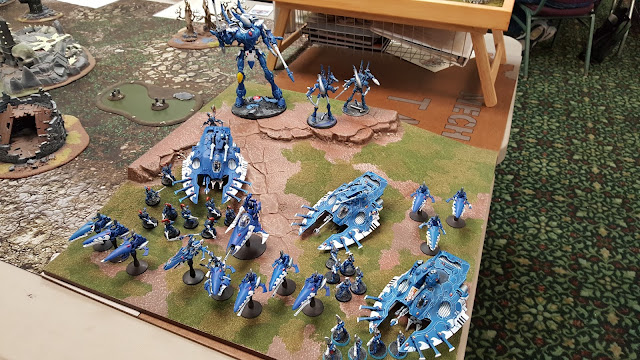 Eldar again.  Can't believe all the old jetbikes, they are from the mid 90s 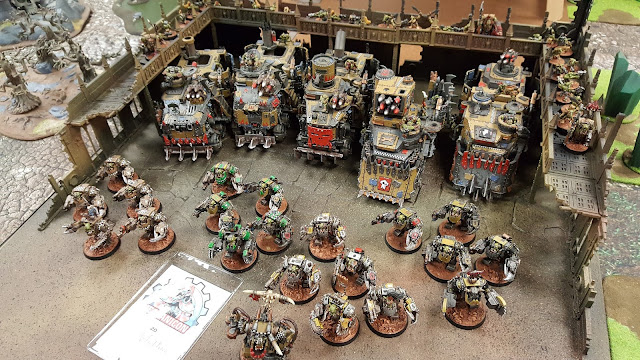 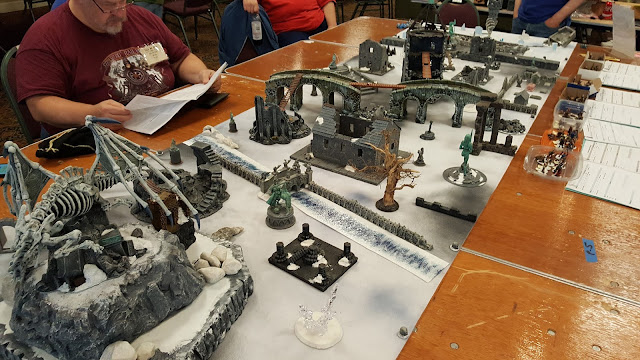 Huge Frostgrave table.  From what I saw, Frostgrave is like SAGA but more like D&D dungeon running game.   The table certainly was incredible looking! 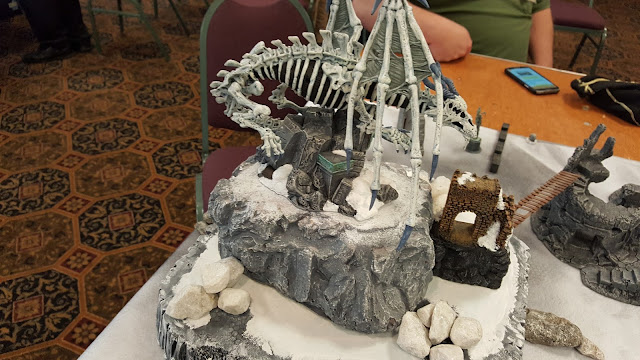 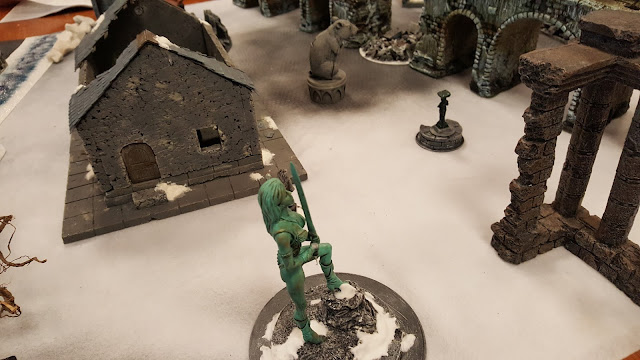 Bear and warrior statues amongst the ruins 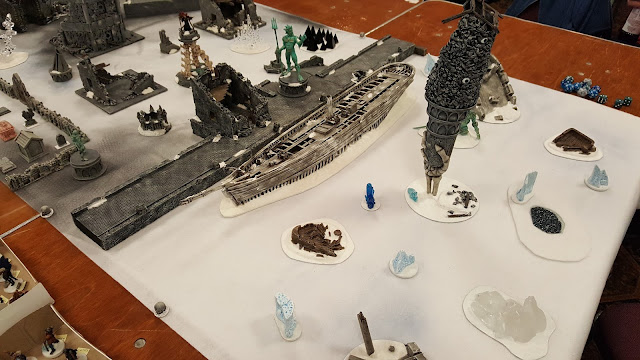 Frozen ship on the docks.  For some reason, there is a massive skeletal hand holding up a ruined tower like a torch.. and the tower now has demonic eyes. Its like the cover of a death-metal album!  Sadly I did not see the game in action, as it took place while we were in the Flames tournament.
I will have more pics of the Historical stuff in a later post!
By Matt Varnish at November 08, 2016