(Pictures provided by Dennis and the article was written by Matt) 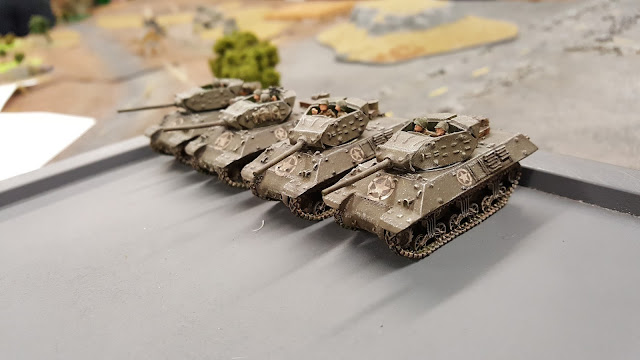 Lots of tanks from far and wwide made their way to Nexus Games in Kingston Ontario for a Flames of War tournament. The idea behind getting a tournament together in Kingston was to increase awareness and grow the game locally in this area. It also gave Dennis and I a chance to talk about the event and other topics on the road down there, all of which are recorded and will be included in the podcast area in the coming days. 1420 Late War was the points and time period for this well run event on a chilly Sunday in October. 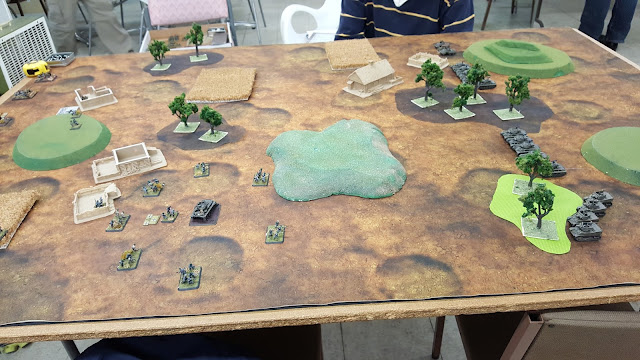 Pre-Game deployment underway on this table. 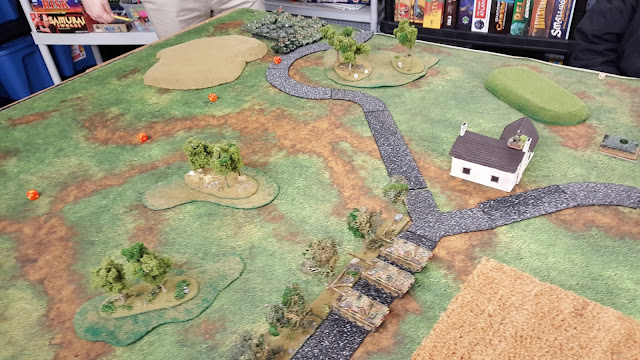 the Germans deploy behind some terrain to seek an advantage! 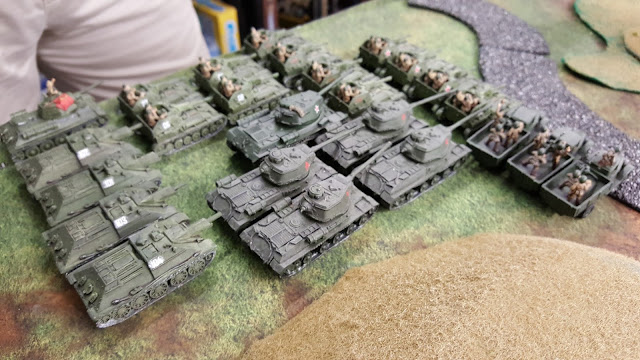 That's quite the Soviet army you have there 'Ivan' / ThunderST 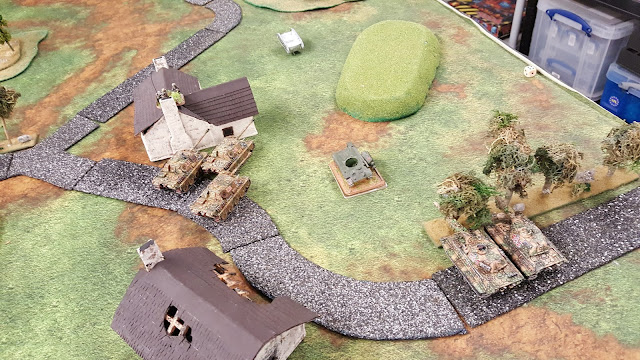 Closing in and seeking to stay hidden. 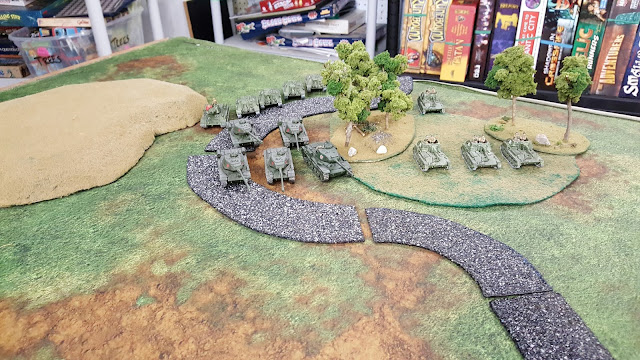 Russian armor moves into some trees, hoping to move around the side of the Germans and take the initiative. 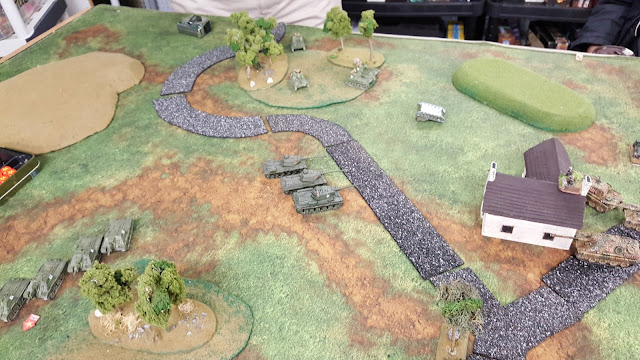 Heavy tanks of the Red Army look to flank around the farm house. 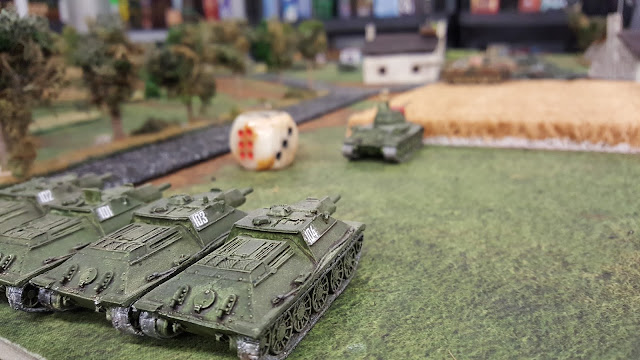 Some nice shading done to these tanks, it's a little harder to make green really stand out when doing tanks. A light dry brush is a lot better than going too heavy with a lighter tone. Pay more attention to tracks and the stowage on your US, British and Soviet tanks when using green as a base coat. 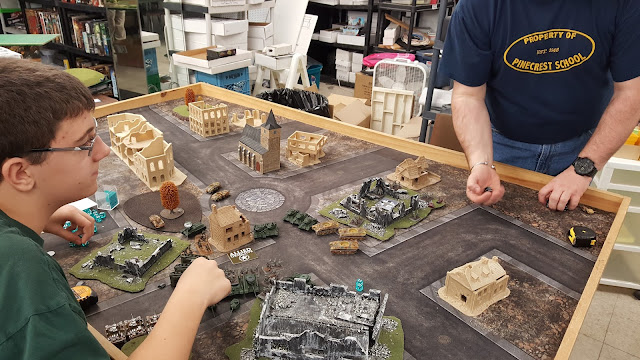 Overall, this store in Kingston gets a high rating for space, lighting and the amount of stuff they have on the shelves. 'Nexus' carries nearly every game system and numerous board games as well. The terrain was provided mostly by local players and the store itself. 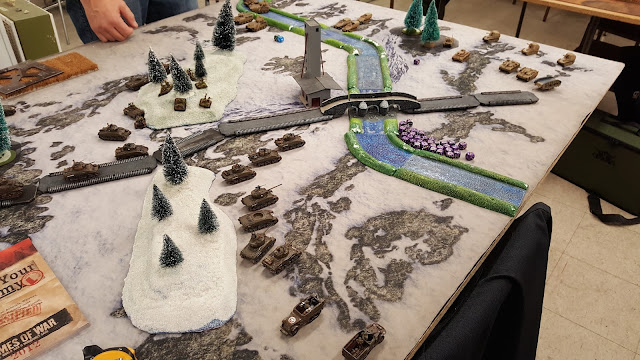 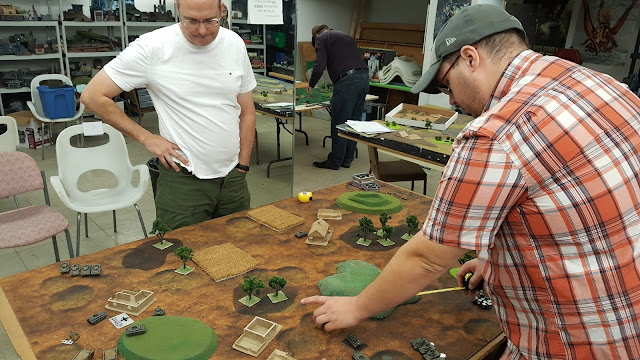 Here, Marty looks to move some of his troops as Marty S from Kingston looks on, planning his next turn. 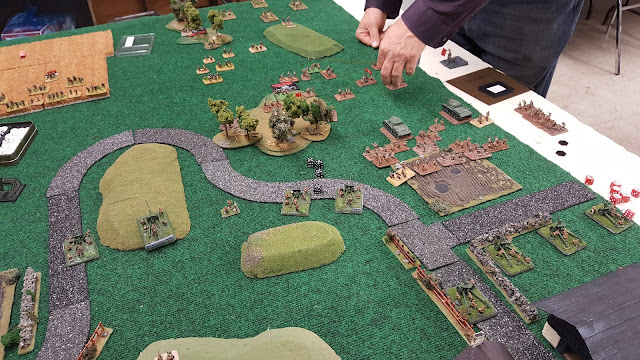 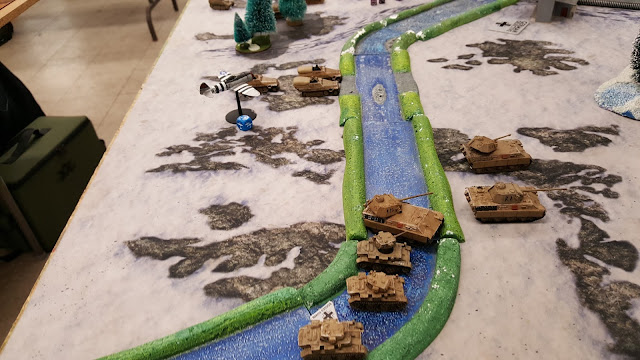 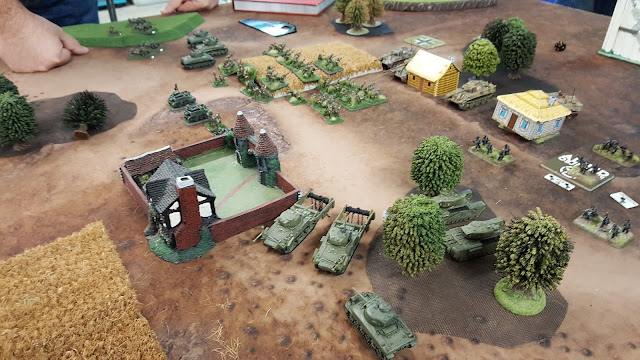 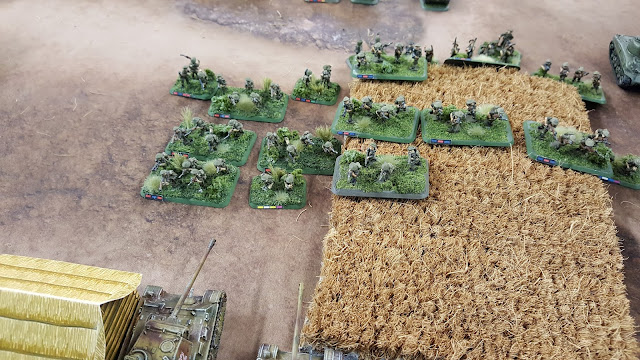 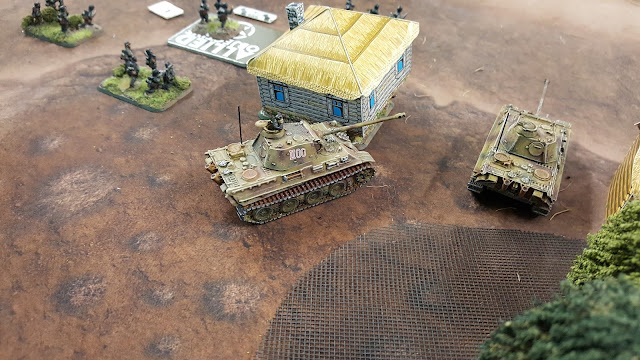 This is my Panther Company commander looking on as he takes a few pot shots at incoming Allies. Due to choices made by my opponents, I actually defended during two games of this tournament. One of which I defended at night vs Pat and his British Tank Coy. I gained the upper hand once daylight broke on the very first roll to check for sunrise. 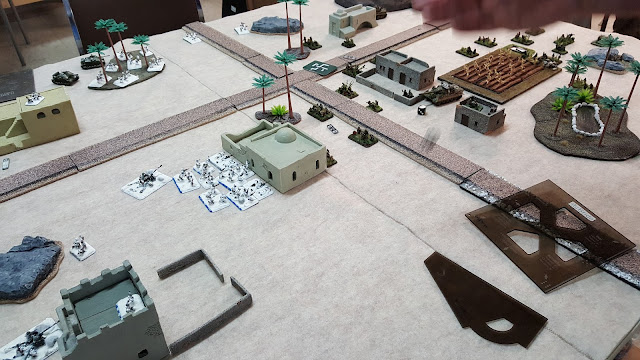 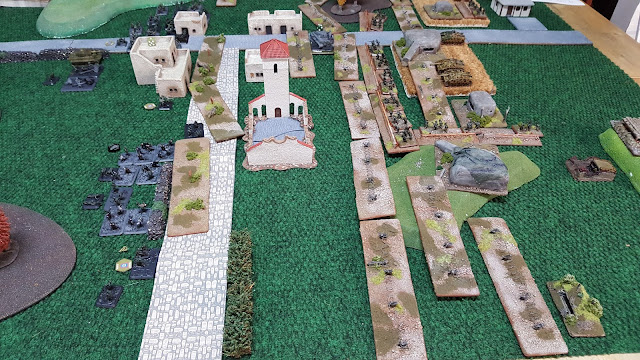 Minefields make sure they can't cross nearly the entire length of the table! 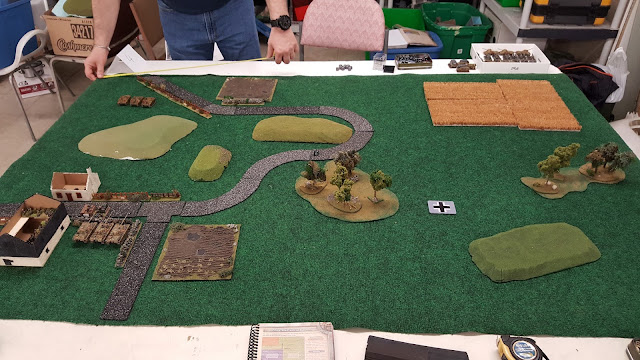 Troop and armor deployment in progress. 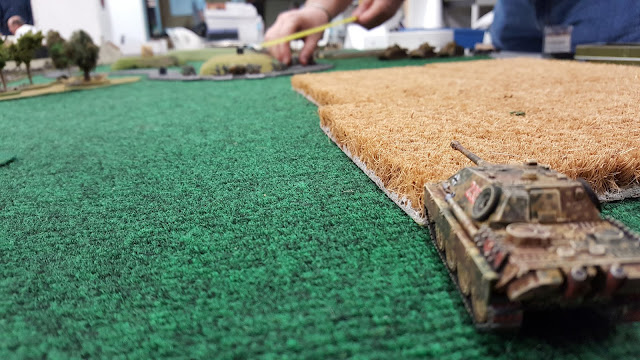 Sneaky sneaky. A German 'Big Cat' looks on, hoping to make use of it's main gun the next time a target appears in it's sights. 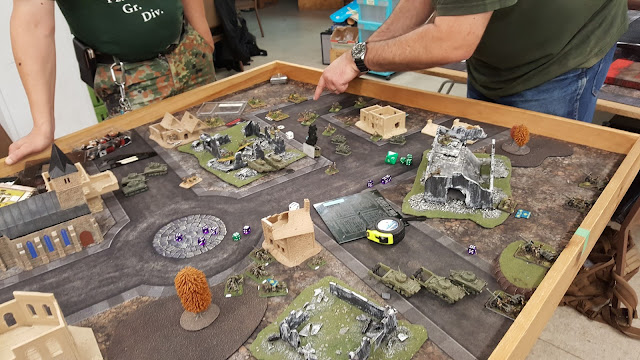 I believe there was a discussion and ruling from the tournament organizer. Ian put on a great event and I would welcome playing any events he hosts at Nexus in the future. What another great looking table. 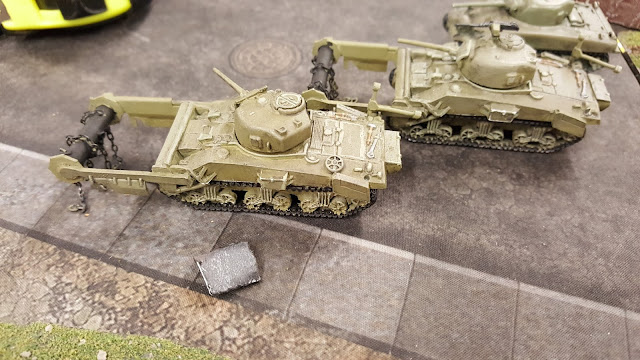 Mine clearing Shermans make their way into enemy territory! 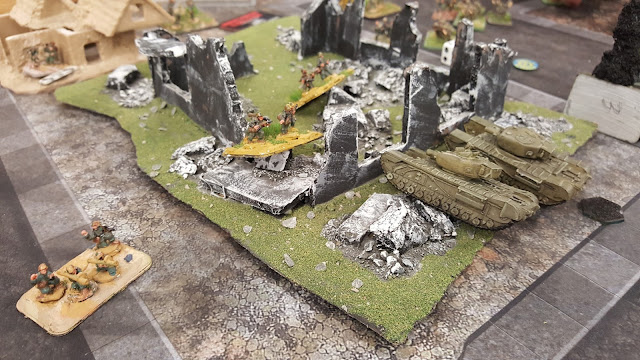 Churchills move in to some cover and prepare to breach the enemy line. 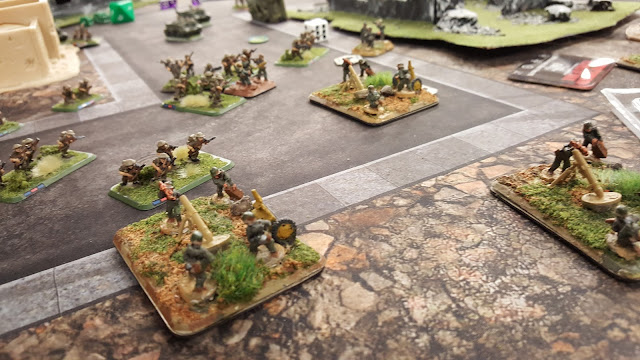 Pat's Brits are about to overrun the these mortar positions!
By Matt Varnish at November 11, 2016