With so much going on the last few months, it's been near impossible to get any gaming done and the other major contributor to the DD blog has been busy getting ready to move house! Needless to say, sometimes life really does make it tough to play some games. In my case, I've been busy with a new boat, a new tree fort and generally being busy at work! 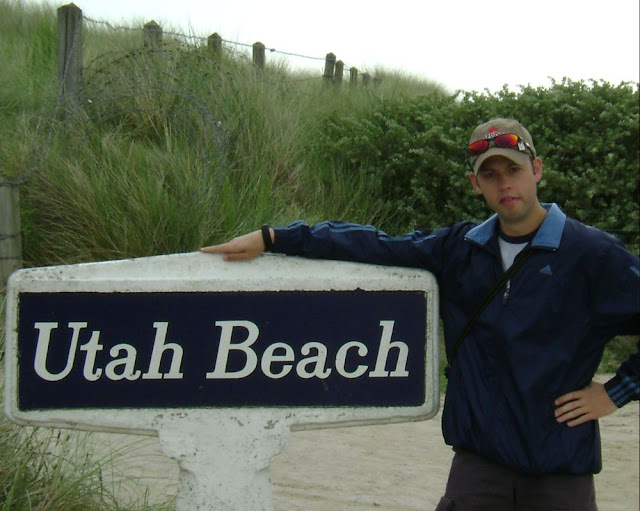 It's the 6th of June today, so with this update. We remember D-Day, the day in history where those brave men hit various beaches in France to put an end to the madness that enveloped the world.

With a Mid War tournament coming up in Petawawa next week, it was time to gather a list and maybe get a game in before the event. Not having played ANY Flames of War in the past eight weeks was interesting. I thought maybe I had a case of being burnt out, not from gaming but from everything else going on around me. Rob showed up with his Canadian Sherman list, and we got underway to play Counterattack. I actually like this mission, it's one of the faster ones in the book for sure. 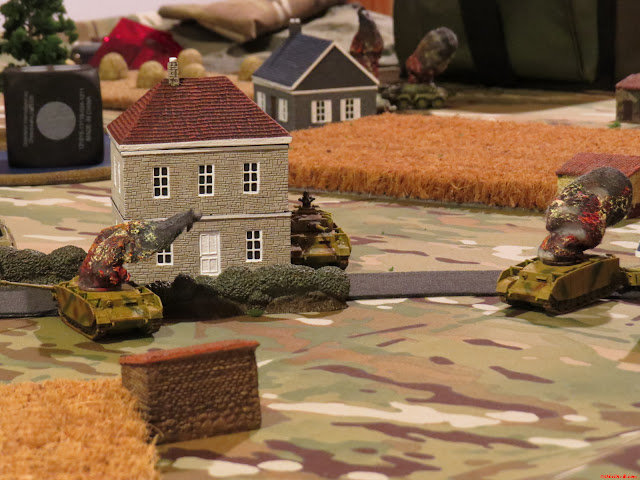 This summed up my evening, Panzer IV's lay destroyed on the battlefield. 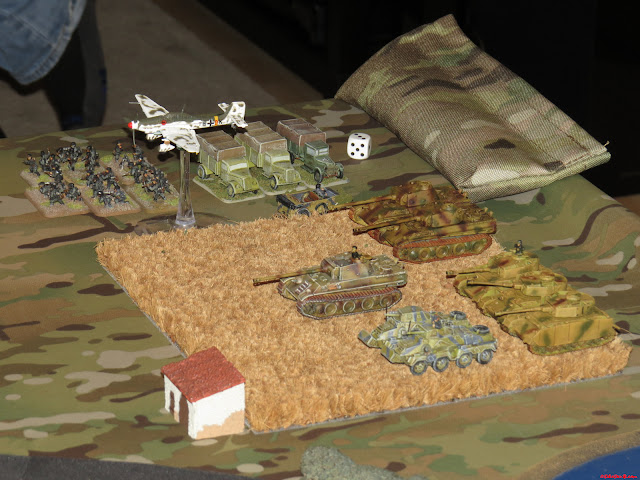 A very small list made up of four platoons, just enough to peak my interest and get me back into playing FoW! 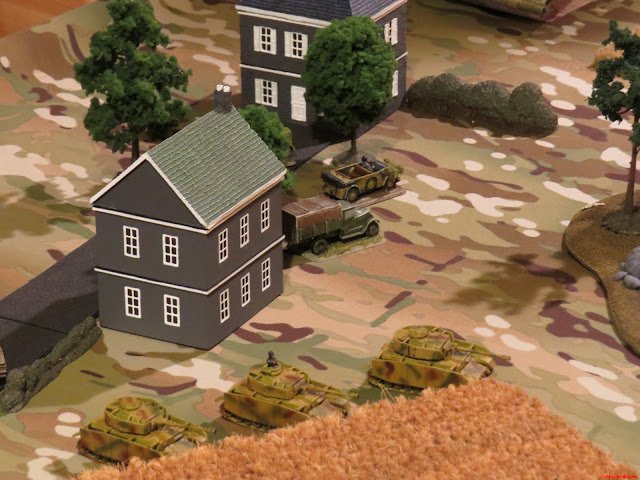 Panzer IV tanks creep up on the Canadian defensive line using a field for cover. 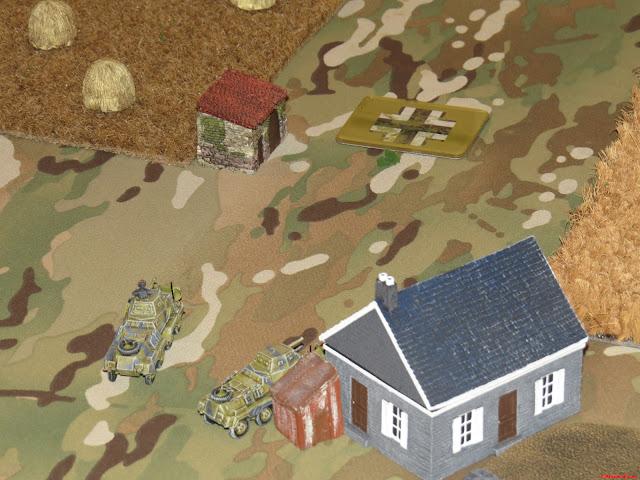 This was turn one! Objective in site!! Too bad this was short lived and Rob was able to get his reserves in to take out the platoon. 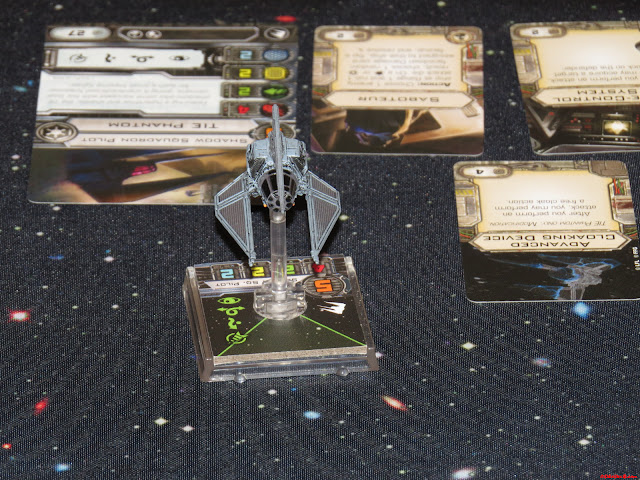 While the battle raged on over on the FoW table, a huge game of Star Wars X-Wing was being played. The guys kicked off a campaign and I took the time to snap some pics of a game I simply know very little about thus far. This new obsession has gotten bigger, lucky for me I think. I was away a lot lately and missed the chance to empty my bank account on more minis and gaming supplies. 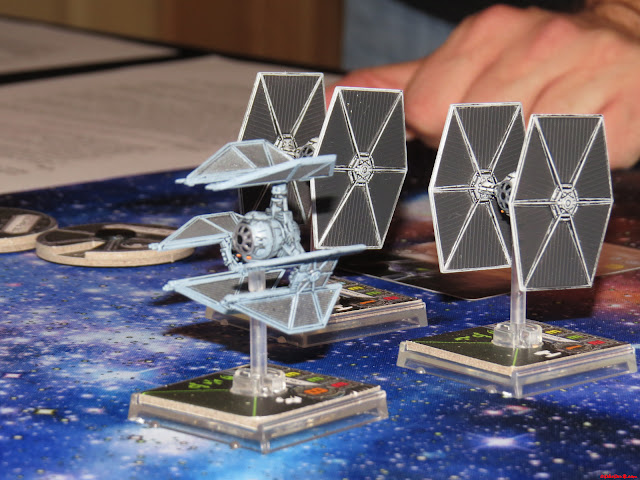 The detail of the models in X-Wing are pretty cool though, they are well painted and well put together! 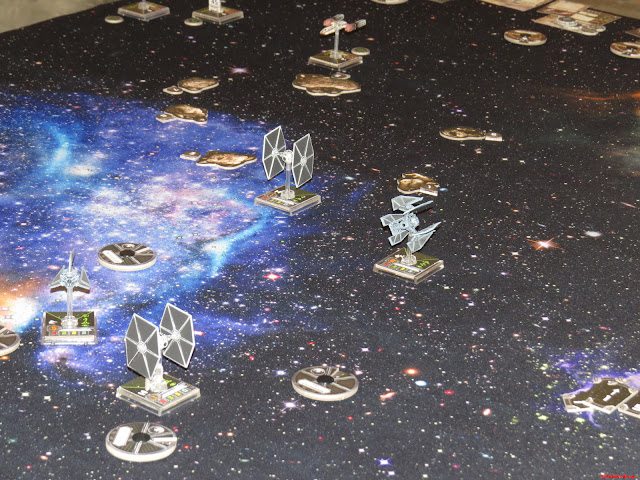 Brett bought this neoprene table mat with a space backdrop, it's pretty cool that it comes in it's own storage case and makes for a nice play surface. 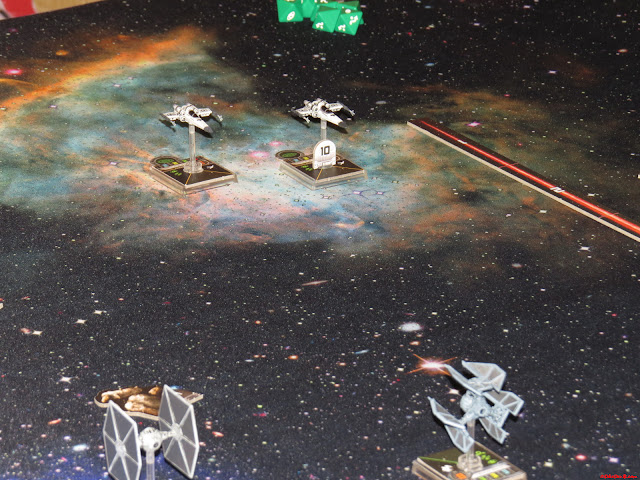 The staple to any good game, minis, dice and some sort of 'laser' cardboard cutout to destroy your opponents!

So with a quick night of gaming in the books, and having some time to do some other things this summer, I look forward to some more painting and gaming very soon! The podcast has been tough to put out lately, the crew has been hard at work to come together for some time to record a new episode. Hoping to take care of that this week. Look forward to hearing from you as always!
By Matty at June 06, 2015