It's been awhile all, but the Dice Devils are back in action! 4 of the Dice Devils made the trek north to attend a 1710 point mid war tourney hosted by Gary Perkins of Perkins Hobby in Petawawa Ontario.

It was a great tourney and a bunch of wonderful looking armies on display. 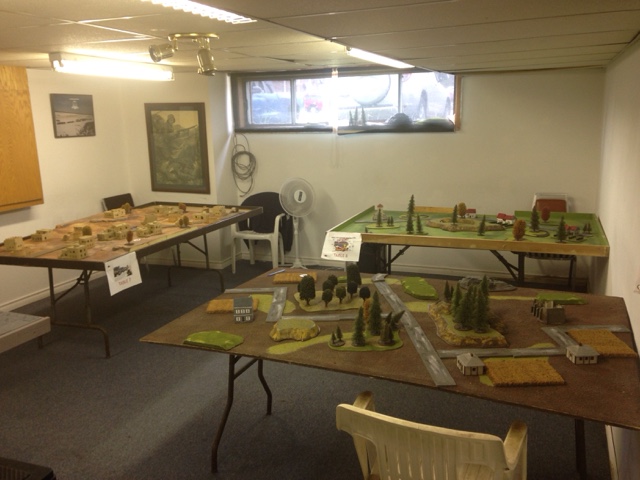 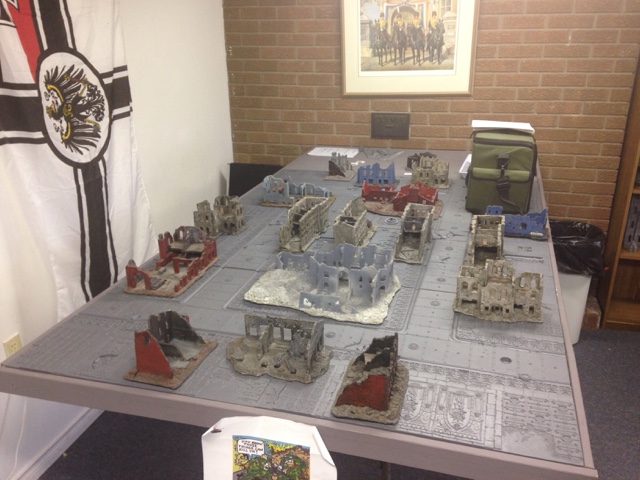 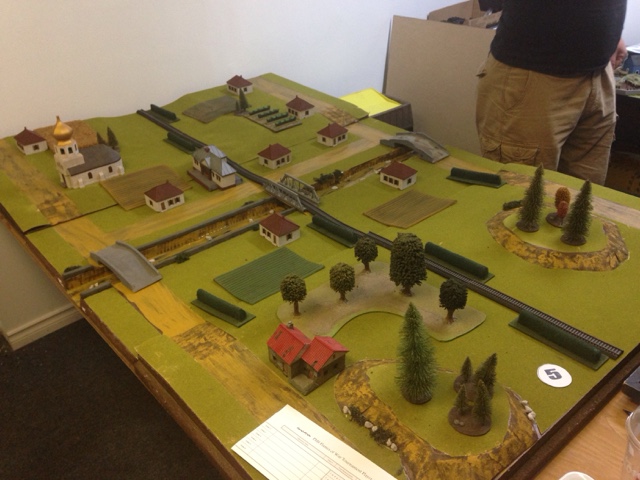 The tables looked great as always and provided a wonderful theatre for us to wage war over.

My first game matched me up against fellow Dice Devil, Andrew B. (Twinlinked) with my US Armoured versus his SchwerePanzerKompanie in No Retreat. 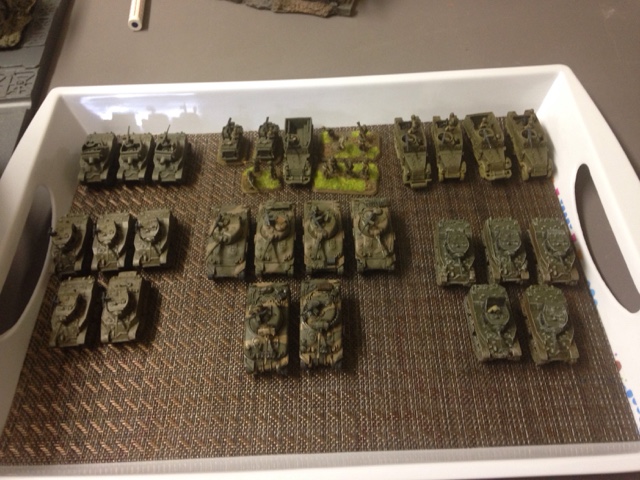 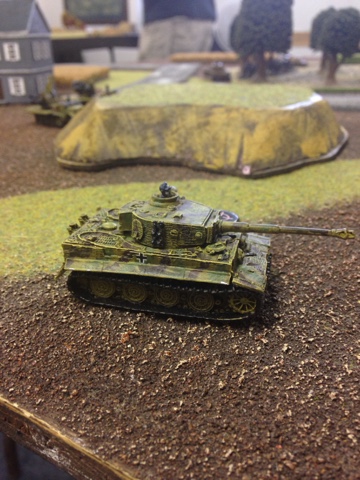 It was hard fought, but in the end I couldn't handle his Tiger 1e's and we called it a 4-3 in his favour as all I could do was delay his advance after I killed his soft units.

Game 2 was a weird one for me. I had to face an army of amazing looking Italian Desert Raiders in a Counter Attack Mission. 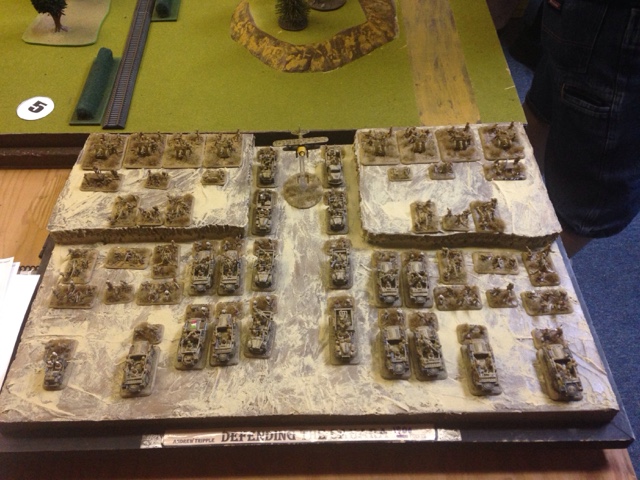 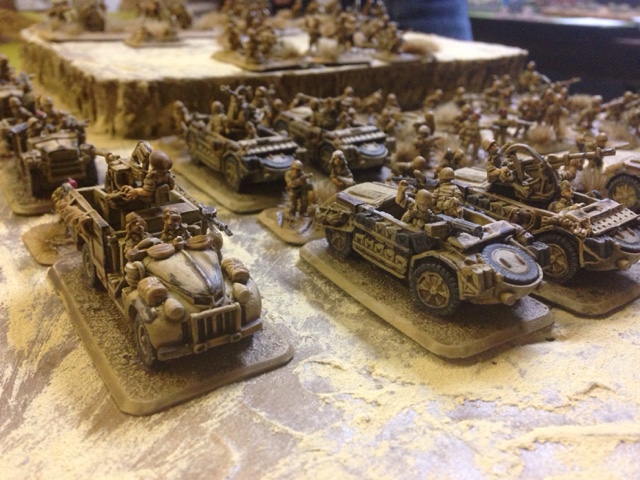 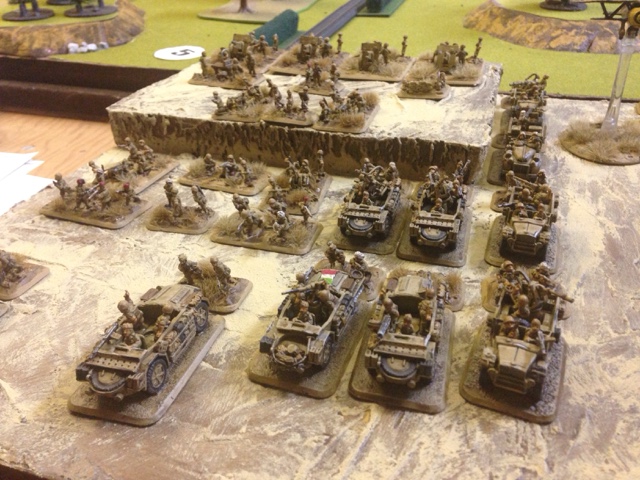 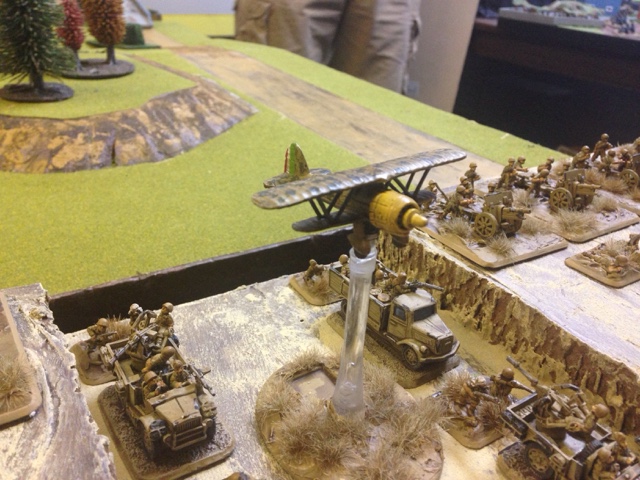 I probably spent half the game figuring out what his army did (my fault for not playing for 11 months, lol) but once I figured it out I started unloading 37mm, 75mm and machine gun goodness into his somewhat fragile platoons.

The sneaky Italians reserve showed up behind me and made my soft units pay by shooting up the mortar Halftracks and M8 Scott's. My 1IC turned around and started dealing with that threat but shortly after I broke one of the raiding forces and his company fled the field. 4-3 for the Americans!

My final game of the day was against the owner and ringer in Gary Perkins and his soviet force that included 7 KV85s and a couple small platoons that included 4 AA and a small strelk platoon. 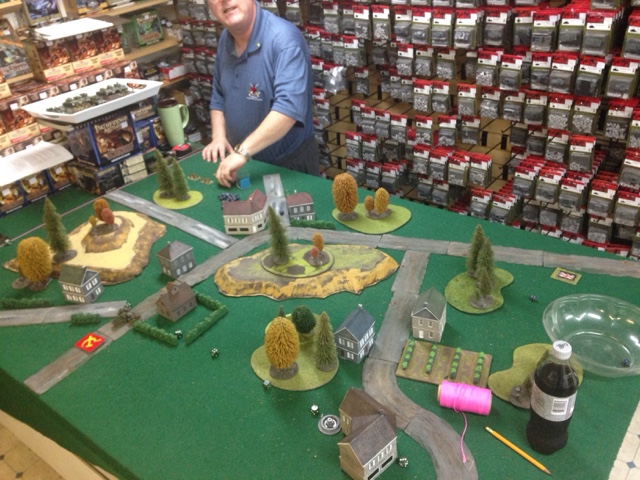 Sadly my phone died before this game so no pics of our game were had but here's a pic of Gary from earlier in the day!

Please note the amazing wall of flames of war blisters behind him... 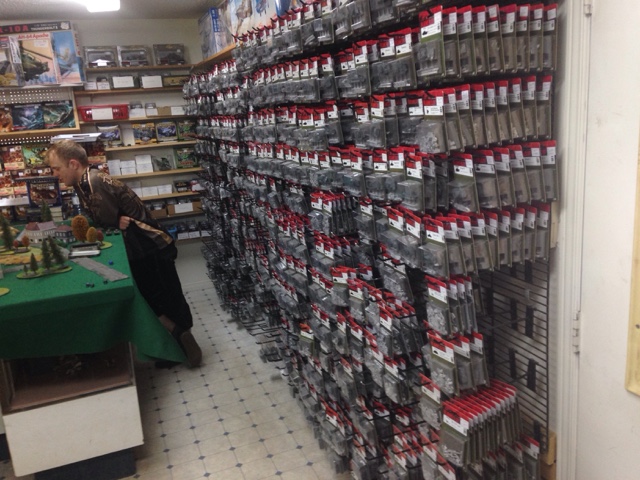 Gary has over 3000 blisters of Flames of War in stock at all times. Not to mention hundreds of boxed sets as well. Truly a champion of our Flames of War Community.

In the end, I conceded to Gary in our game as I couldn't hurt his KV85s since my Shermans were dead and I had killed everything else of his.  4-3 win for the soviets!!

My Flames of war spark is back Id say as I had a lot of fun, despite a heavy layer of rust on my game.

Thanks to everyone who showed up to play and Especially to Gary Perkins for hosting and Brad, Louis and Bob for running the event as a team.

Lastly a few extra pics of armies I saw. 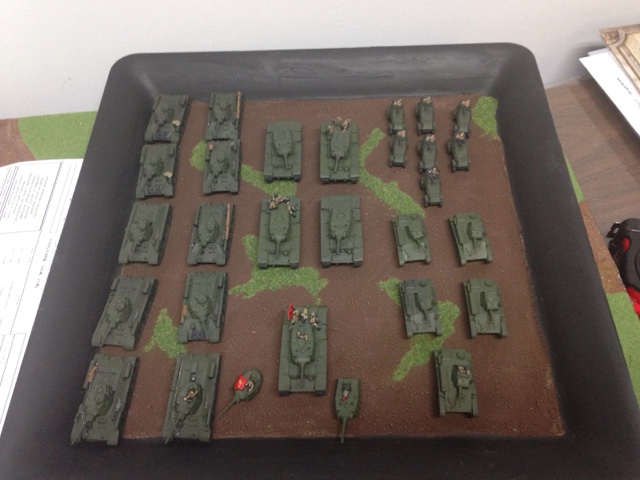 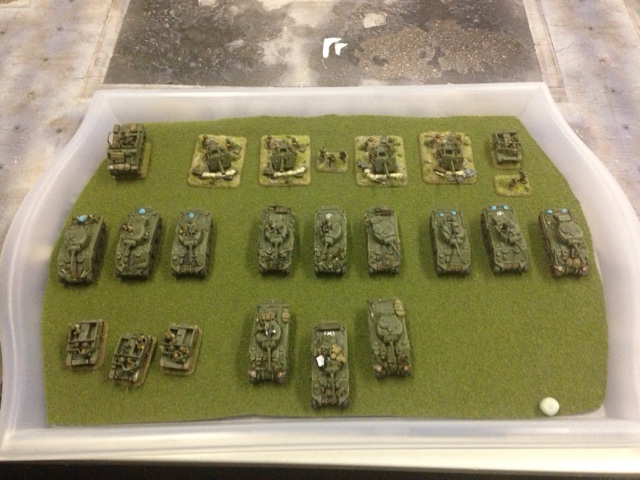 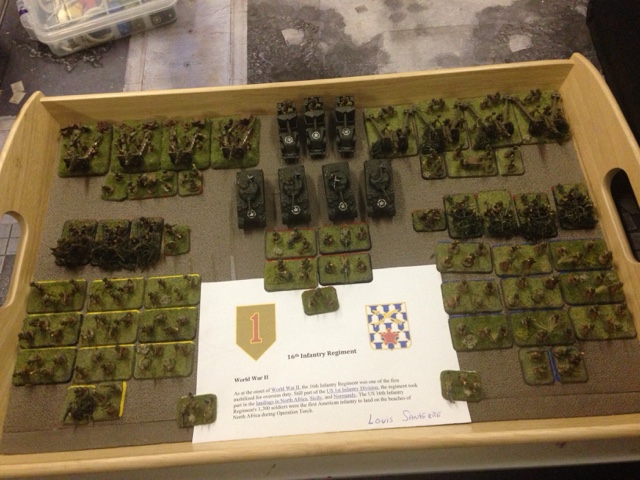 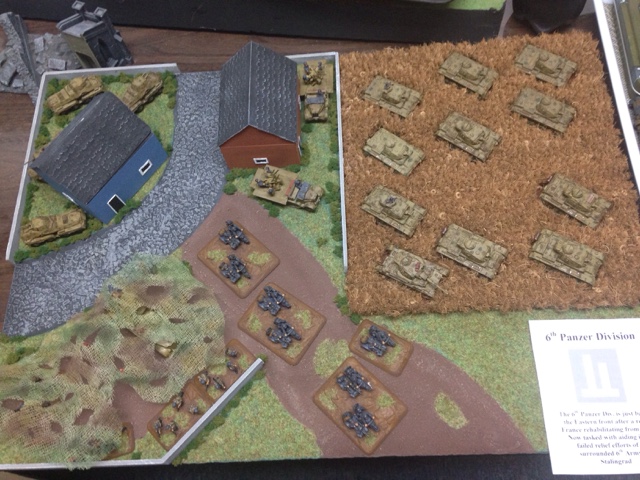 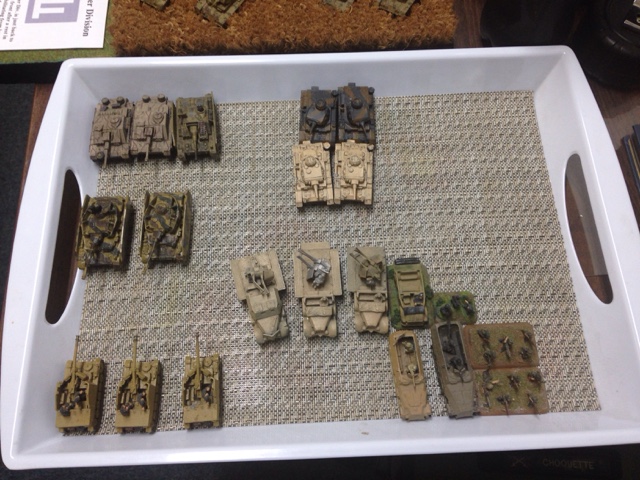 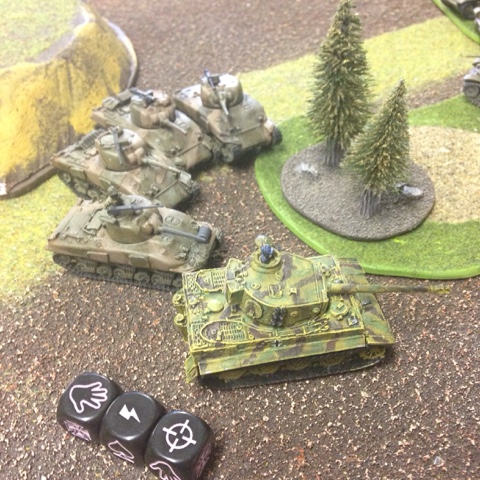 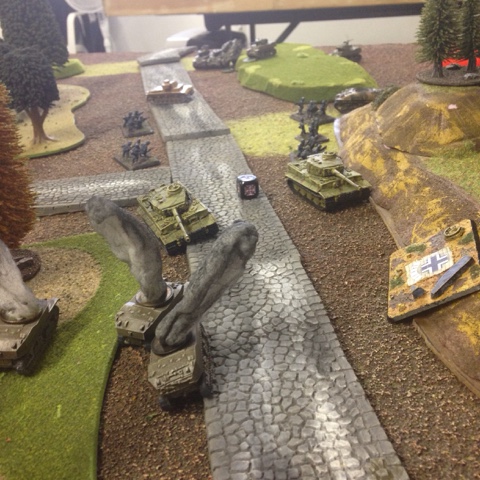