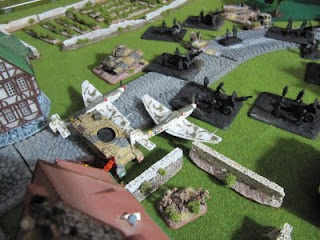 AAR after the break.


Hey guys, Finally posting last week's AAR, 1500 points Escalation League, my Brits vs Duane's Germans, with me in the middle for Cauldron. I went old school and did an Africa list so I could take 2 units of tanks, full Arty, and still be "Infantry" list. Didn't have points to squeeze in the Hurricanes I normally field, and it turns out both Chris and Duane brought AA! Duane's Stuka's did a number on my artillery that's for sure. 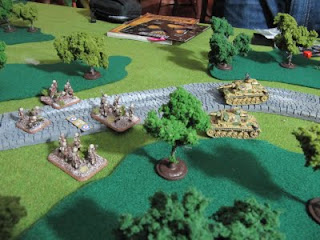 Here we have Duane's panzer's assaulting my tiny motor platoon that was guarding my 8 25pdrs, who were sitting on the middle 2 objectives. I failed my counterattack roll, and the Bulldog roll, and got wiped.. 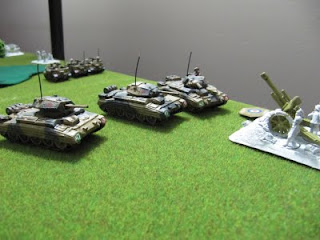 However, very next turn, his 10.5's who had to deploy near my board edge due to Cauldron's deployment rules, get assaulted by my Crusaders after they crucially get those AT10 shots to the CO Panzer and kill him! 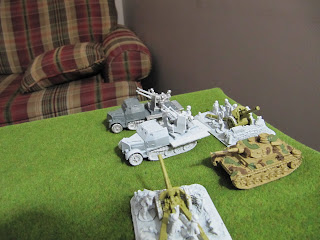 Duane's 2 AA halftracks, (really cool models IMHO) still in reserve.. would they come on and extend the game for Duane?

Vid below (first part is a hobby day mini vid)