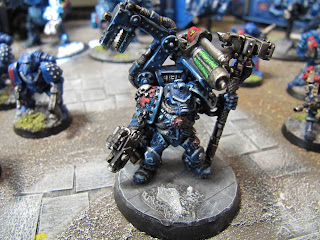 What happened to my Eldar? I ran out of greenstuff is what happened, plus, I was doing what Ca$h was doing and that was finishing off an army that was close to being done. This is an army that I played the shit out of the past bunch of years, basically retiring it after wining my second Staff GT. It even used to be Crimson Fists, but asurmen blue plus badass black wash after covering up the red fists... pretty easy. After chatting with VT2 over on the 3++ site, he had a pretty neat idea for an army, that relies on 3 units of Sternguard to do a lot of the heavy lifting, with only 2 units of Tacticals. I'm intrigued, and so will try out the list, with a few modifications to fit my model collection of course. Pics are below 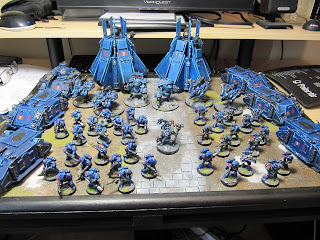 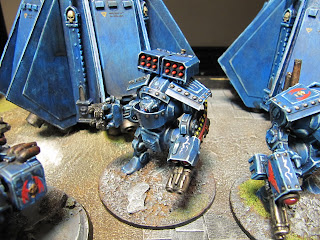 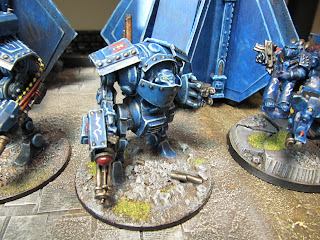 Above are my 2 heavily converted old school "egg" lead dreads. Plasticard for the collar and shoulder plates, plus a plastic terminator head, make them look a LOT like the pre-heresy artwork for dreads. I'm really happy how they turned out. They come in drop pods in this list. 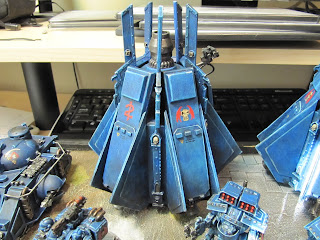 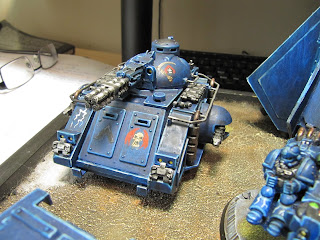 Old school Predator. My Squats army uses these quad guns as autocannons everywhere (because they look like Thudd Guns of course) so figured a good replacement for the plastic long las. Old Land Raider heavy bolters for the sponsons. 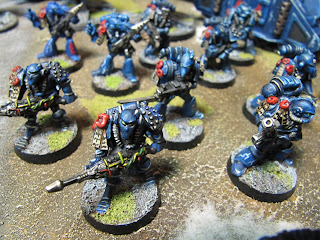 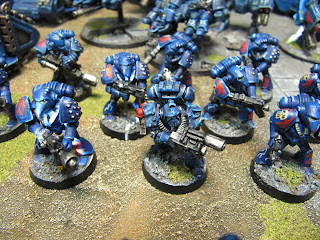 A fun model: chaplain with combi-assault cannon!! COnverted recently to have combi melta instead, leads a tactical squad now. 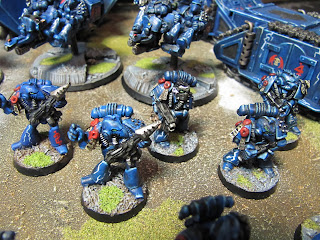 These 2 weird guns are I believe the old conversion beamers. I have two more coming from an Ebay auction. 2 each in 2 5 man sternguard squads in Rhinos 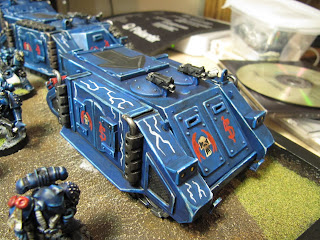 I plan on taking this list to Conquest Toronto, so we will see how that turns out. I've never used a list not made by myself, but this one is different enough that it makes me think outside my normal marine comfort zone. Thanks again VT2!!
By CA$H at September 06, 2010