This is just a quick post of some pictures from a game last night of Star Wars Legion. It seems to be starting to pick up steam again so I will start adding some occasional coverage of the games and painting taking place. Matt "PhantomRescue" came by with his buddy for a game of Legion. My Imperial forces were used against Matt's Rebels. Here are some pictures of the action: 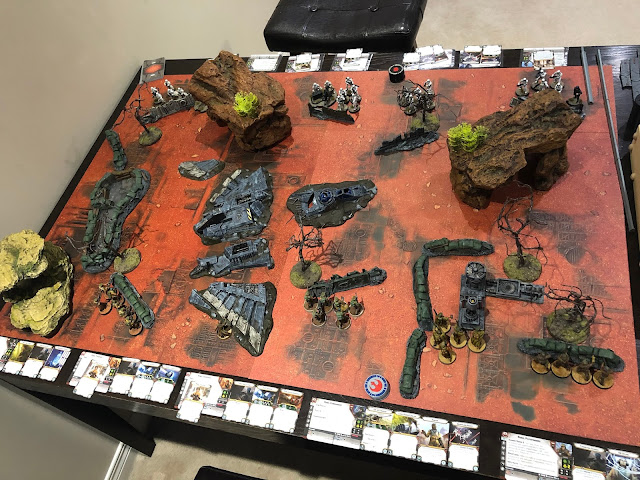 Overview of the table 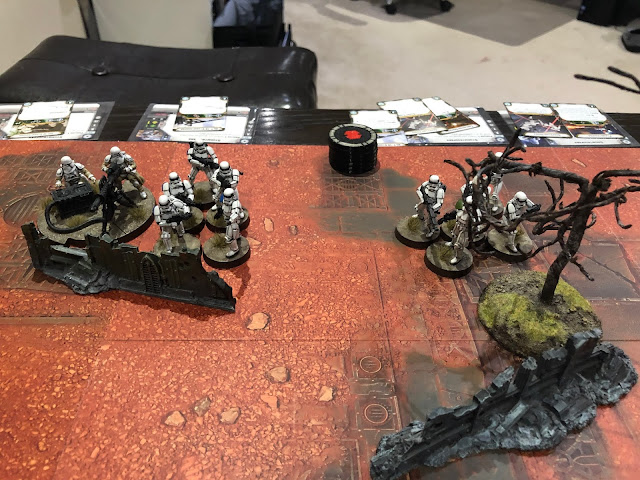 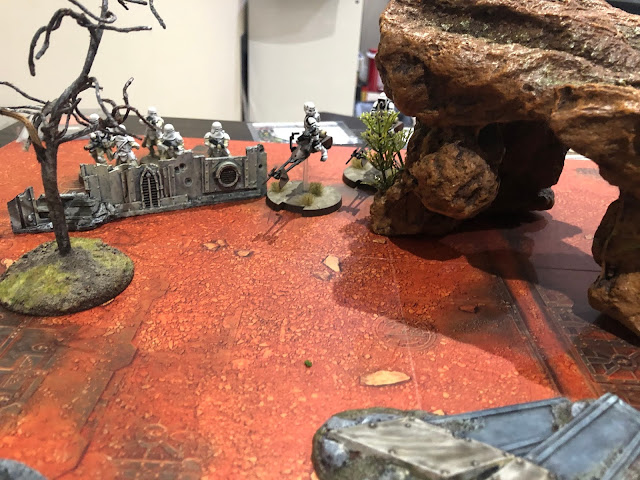 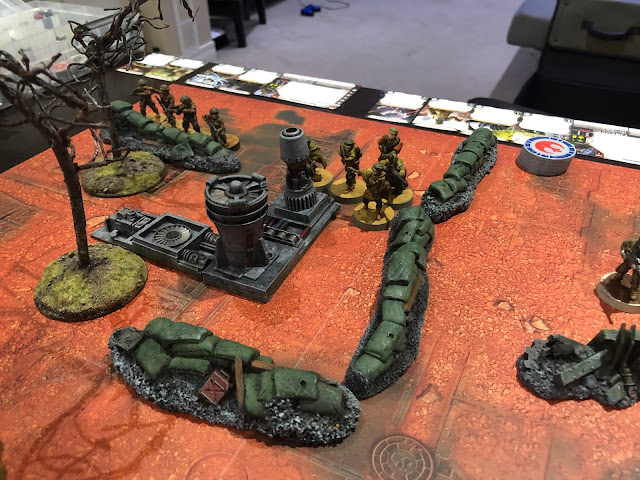 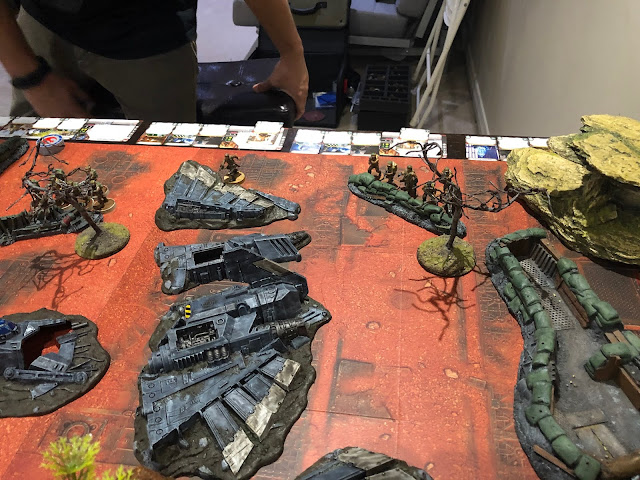 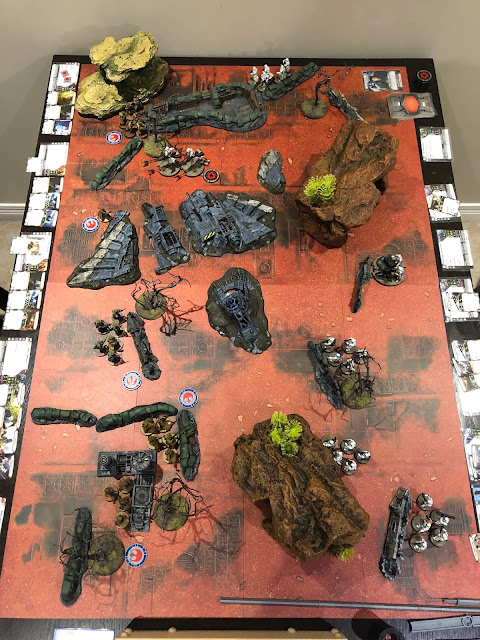 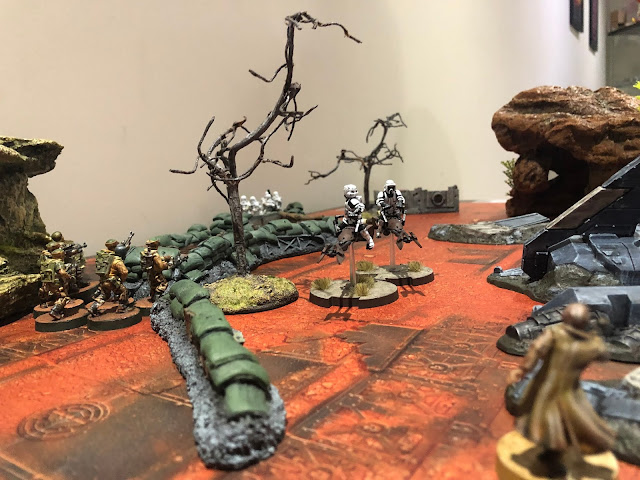 Han Solo (up close in the brown coat) is trying to help hold the flank against speeder bikes and advancing Snowtroopers in the distance.