It is done! I finally managed to complete my second Stegadon. This one is built out as the "Engine of the Gods" featuring a Skink Priest and strange Slann magical contraption/portal on top : 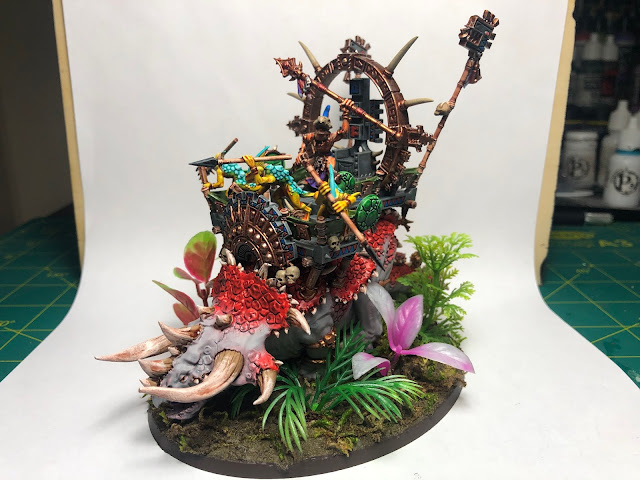 I ended up choosing a more "ancient" look for the stegadon. The red and grey really helped convey the age of this elderly beast. I think it turned out well.
Click on after the break for some more pictures and what I am starting to work on next! 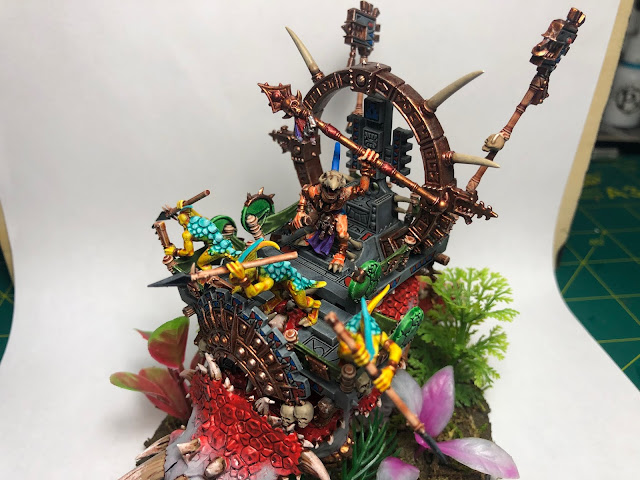 Close up up the crew and Skink Priest.

So what's next? I am rebasing and touching up my Emperor's Children army that I painted back in 2009! They haven't seen the table in over 10 years but with the new release of Warhammer 40k 9th edition I figured now was a good time!

Here is what I am working with to start: 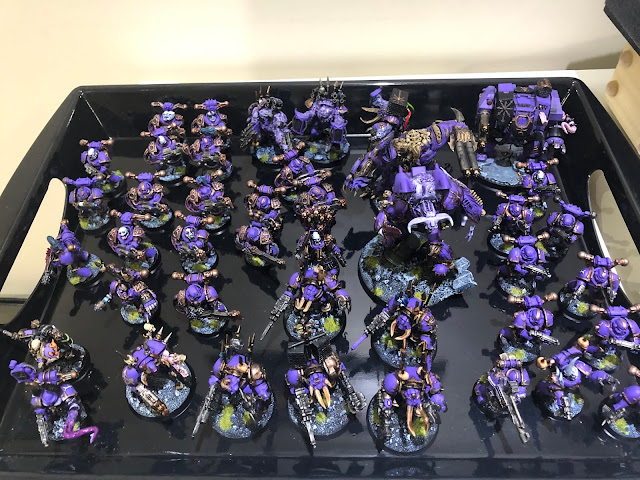 The infantry and dreadnoughts
The original concept of this army was "recently turned to Slaanesh" so the focus was on power armor, core marine vehicles, and sonic weaponry as opposed to mutations, daemons and the like. I kept with the purple and gold of the original Emperor's Children Legion. I basically give the Mark of Slaanesh to every single unit I can, which is all of them!
The force consists of:
Daemon Prince of Slaanesh (with wings modelled as a giant jump pack)
Sorcerer in Power Armor
Sorcerer in Terminator Armor
Aspiring Champion in Power Armor
10 Chaos Space Marines
10 Noise Marines (all sonic blasters and one Blastmaster)
5 Noise Marines (all sonic blasters and one Blastmaster)
5 Chaos Terminators
3 Obliterators
2 Sonic Dreadnoughts (armed with two Blastmasters)
2 Chaos Rhinos (not pictured but painted just like the other tanks below)
Chaos Vindicator
Chaos Landraider (with sonic weapons) 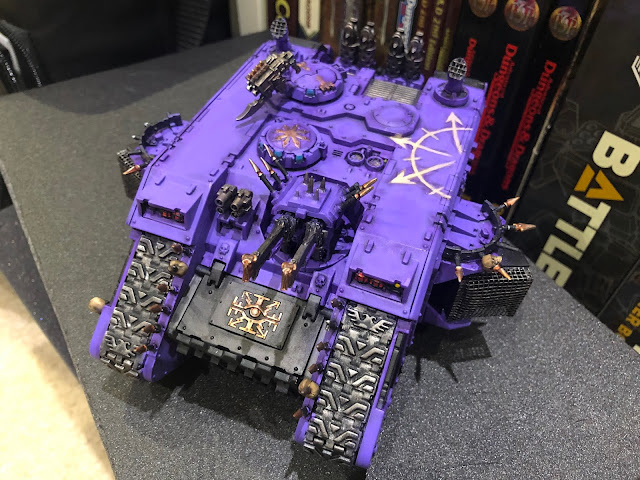 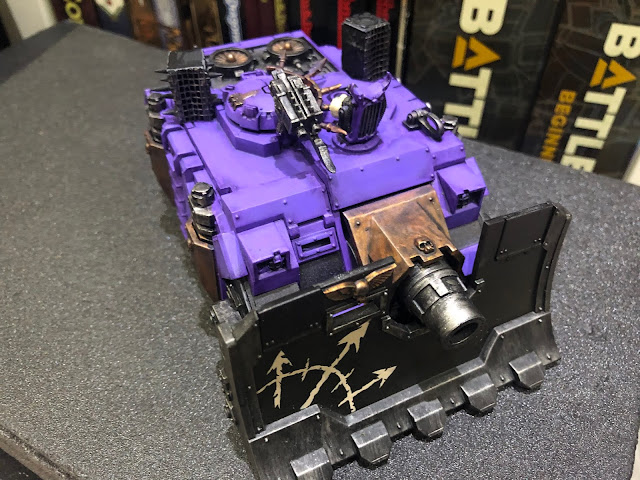 The core of the rebuild/touch up will be rebasing most of the army onto the new correct base size. I have ordered 100 x 32mm bases for all infantry and need to move the Obliterators onto 50mm bases. Once they arrive I plan to use my airbrush to paint them all uniformly and then move the models onto them.

All told the army is still easily a 2000pt force but I do have more models that I never completed and I managed to find them all. This list of unpainted Chaos Marines includes a Chaos Lord, 5 Chaos Space Marines, a Helbrute, 10 Noise Marines (all sonic) and a Chaos Havoc Squad with 4 Blastmasters.

I am not sure what from this list I will work on as I plan to play a few small games first to see what tactical holes need filling. I have also enjoyed a couple of 500pt Star Wars Legion games recently that have encouraged me to look deeper into that game after an almost 2 year hiatus so you may see some Legion content soon!