Ugly, unfinished, messy, half-assed, incomplete, boring, lazy...all words that might describe the above picture, and all are true, to an extent. We all have armies that need some TLC in one form or another. Most often these get pushed to the wayside as the next shiny thing comes out and our hobby brains gravitate towards that. This is my 2016 plan to change that for one of my oldest and most loved armies, my marines for Warhammer 40k.

I have been playing model wargames since 1998, right around the dying days of Warhammer 40,000 Second Edition. It was at this point that my first Marines were purchased (and orks...but thats a different article, lol) and over the past 18 years I have always kept Marines close to my gaming heart. Sure I've had flings with Imperial Guard, Orks, Tau and a vast host of non-Warhammer related games and armies, but I always come back to these guys. In part its the awesome models, its also the rich story of the Warhammer 40k universe. While playing a game this past week against a friend, I noticed something quite obvious and (to me) appalling about my Marine army; they looked like a rag tag group of models that no one would be proud to play with, especially me! 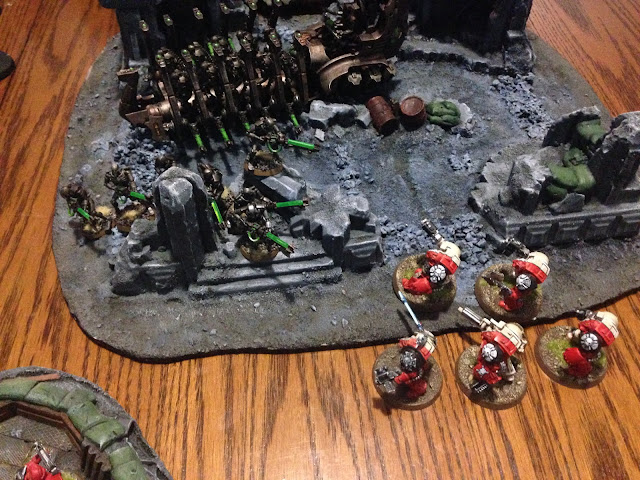 It was when I took the above photo I noticed 2 things. First, that my friends army looked great! It was a unified force that all shared a common colour scheme and he executed that scheme across the entire army. Secondly, I noticed it took me far too long to find a 'good' photo of my models as they all looked so haphazardly painted. Some models were half done, some weren't highlighted, some were on 25mm bases, others on 32mm bases (new Marine standard in 40k) and some had unpainted weapons that I hadn't got around to painting as the army grew and evolved. The army also showed my painting evolution over 18 years as I had models mixed in from a bunch of colour schemes. This next photo shows the idea of what the randomness of the army looks like... 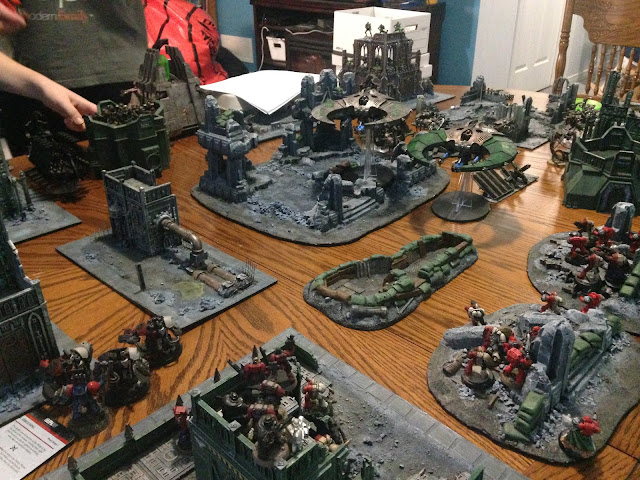 You can see my army arrayed along the bottom of the photo, dug in, defending from the Necron advance.  Problem is, you can also see half painted guys, partially highlighted models, two different color schemes etc, etc.

My plan this year, in among anything else I do, is a restoration of this once mighty army of mine. About 5-6 years ago I settled onto a bone and red armor scheme that I really liked, and you can see it executed as well as I could on the Terminators, two pictures up.

I'm not big on New Year's Resolutions, that's why I didn't post any, but this caught my attention and I wanted to make it right, for myself and for this army that I have played with and enjoyed for almost 2 decades.

Ok so you've got this far through the article and I thank you, but what am I actually doing?

I am vowing to restore/rejuvenate/repair/repaint/re-base 5 models a week from now until the end of the year. This could be as simple as adding highlights to a nearly finished marine, or re-basing another model, or completely repainting a model in my old color scheme. The end result is to have an army I am proud of again and I can happily take picture of and not have them look like an 8 year old painted them (apologies to any awesome 8 year old painters out there, this does not apply to you few ;) )

Weekly updates of before and after pictures will be going up on my instagram account: JOYOUS_OBLIVION and I will be doing at least a monthly recap on here to sum up what I've been up to. I will do one update relatively quickly to show everyone a quick before and after just to illustrate what I'm doing here.  Outside of that, I will also use this series as a chance to provide some basic tutorials on techniques I am using on the models as I come across them.

These will likely include:


So without anymore adieu, I thank you for getting through this overly wordy introduction to my new series, I leave you with a picture...the same picture as before in fact, as these will be the first 5 models to see some care thrown their way.

Lets get everything looking better and see an army that can join these guys in awesome photos from now on... 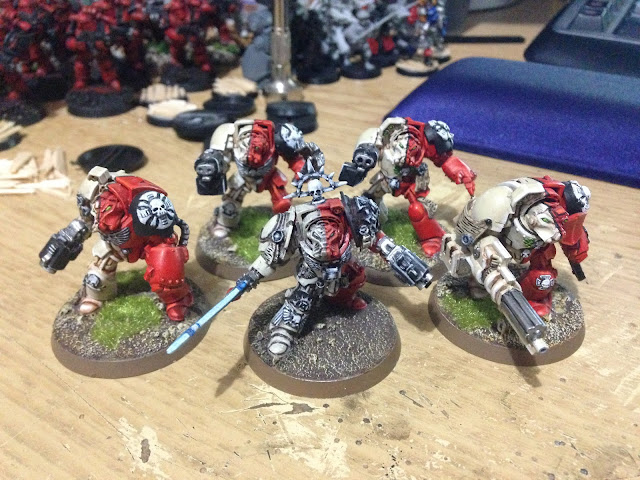 Thank you all, and happy wargaming, painting, modelling, hobbying and everything else!
By Joyous_Oblivion at January 21, 2016