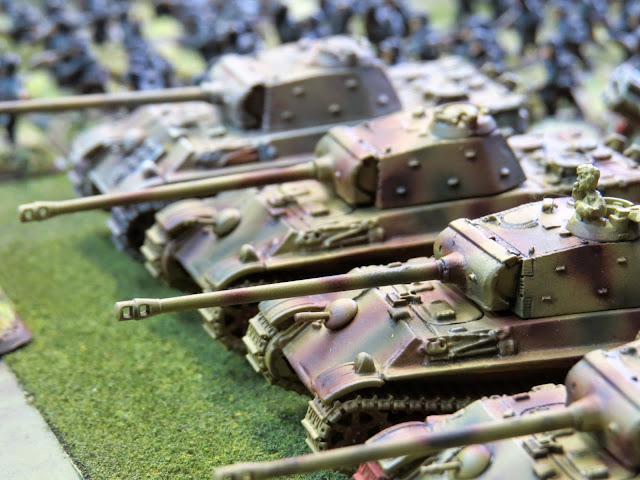 10 October marks Thanksgiving weekend here in Canada, what better way to celebrate than having a tournament over the long weekend. A few last minute drops left us at ten players, but it's all we needed to have a great time at Perkins Hobbies in Petawawa.

So, running an event on a long weekend has it's good and bad points. The bad is that you may not have a lot of interest because of plans with family or traveling. The opposite can be said for those people that are doing absolutely nothing but sitting at home, wondering if there is something fun going on. Those are the people that came out to play some 1750 points Late-War over the holiday Saturday. Not wanting to really participate as the pseudo-organizer, I brought a small list of small units. Although they contained some of my biggest tanks I own. My list had the following:

My thought here was to have the least amount of things to bring and maybe get to use the platoon of Elefants I had painted quite some time ago. Stick it out at long range (40") and snipe any incoming armor coming in towards me. 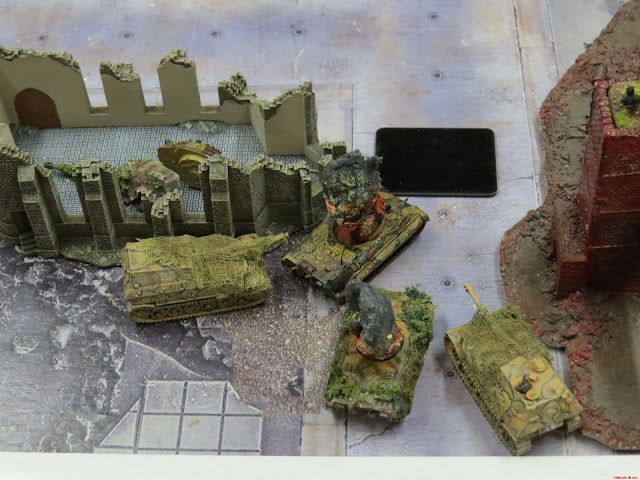 Two 'King' Tigers lay wiped out on the city board during my second game. It ended up being a 2-1 for me against Bob McBride, who had captured second at Canadian Nationals. I always enjoy my games against him and this one was no different. Our dice had let us both down for much of this game, and it came down to the last few turns trying to accomplish 'something'. 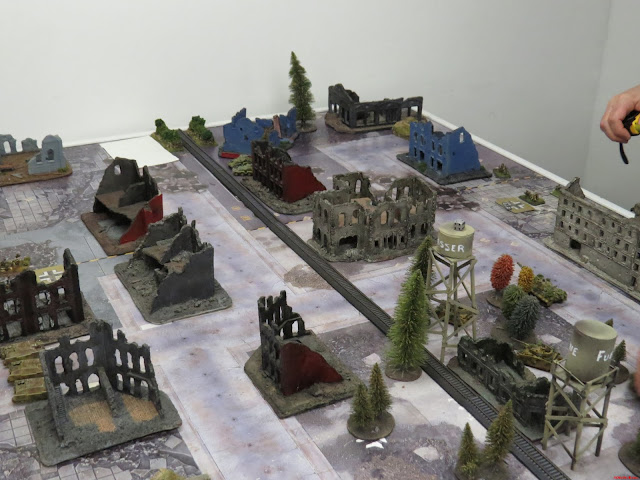 We made this table a little different and stocked it up with as many destroyed buildings as possible. This was actually my favorite board, but some of the other players had a tough time with it. 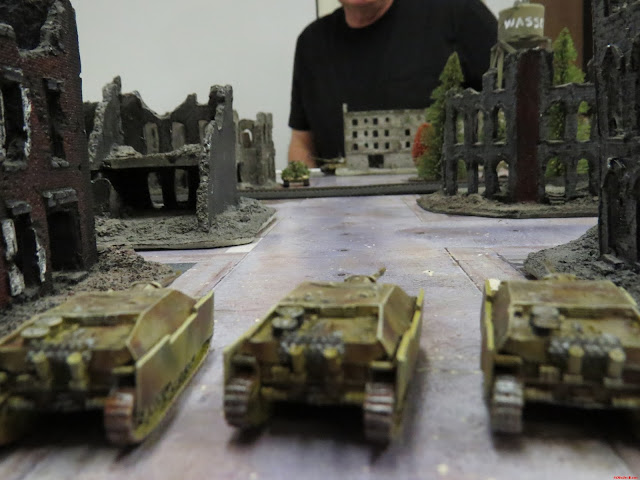 Panzer IV/70 platoon watch the alley from a distance, they are not match for the AT 16 of the 'King' on the other side of the tracks. 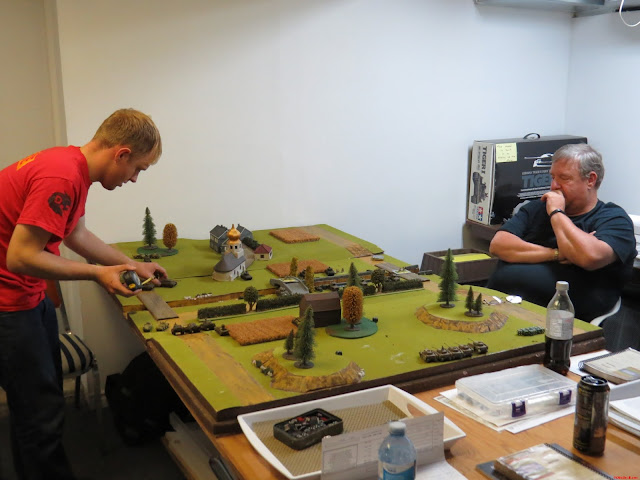 Brad plans his next move as Louis watches on. Or is he sleeping? Either way, I always either like playing on this table with the river running through it, or watching others have their games decided by the three crossings on it. 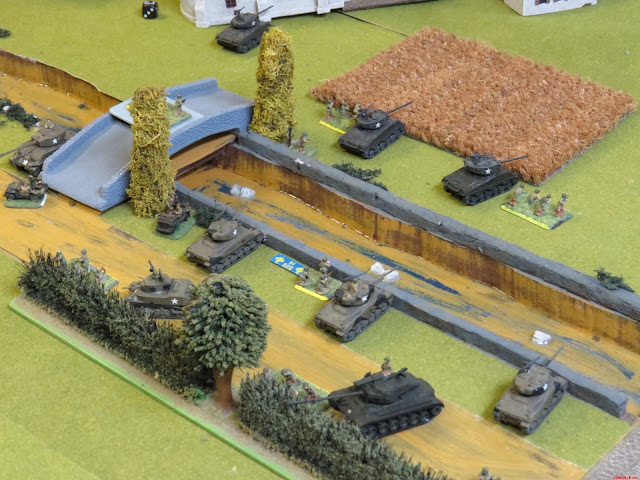 Americans controlling either side of the canal 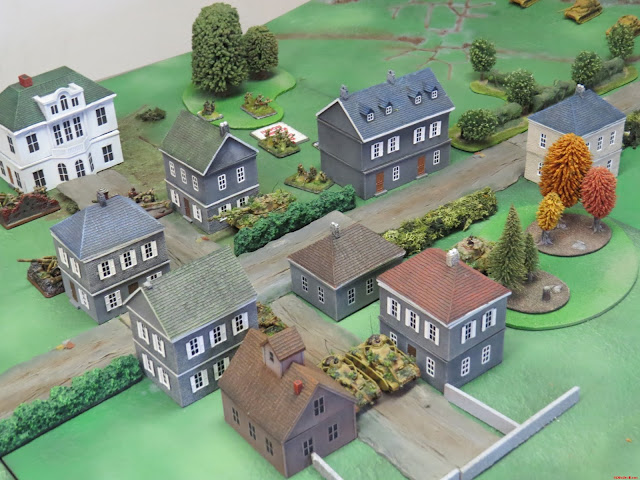 Bob McBride's Germans are waiting patiently during game three. We played 'Surrounded' and that mission doesn't get a lot of play either in casual or tournaments I find. The majority of the players really enjoyed the mission and I think it suits a tanks only tournament. 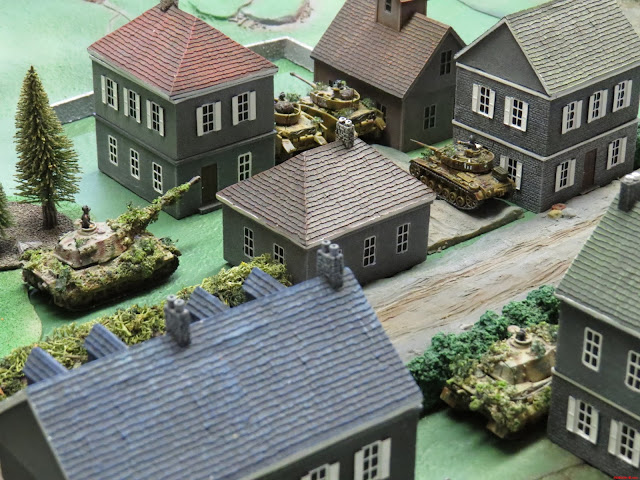 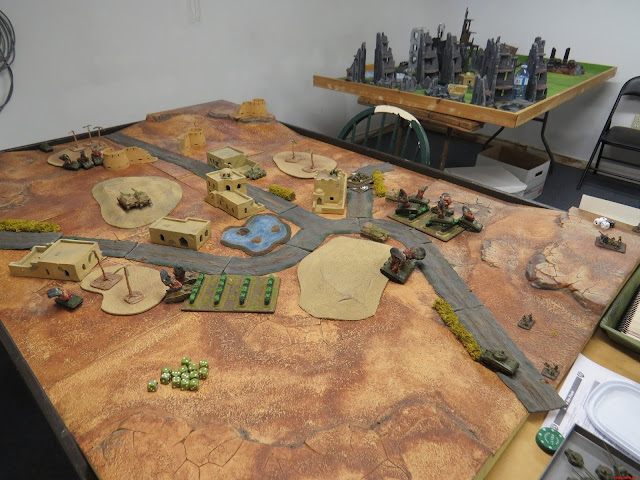 My game three came down to me chasing down the attacker on this table. I played Kevin, who comes to us from Alberta and is a very good player. He got my Panzer IV/70 platoon fairly early with his M10 Tank Destroyers, you can see them burning in the center of the picture up against the small hill. 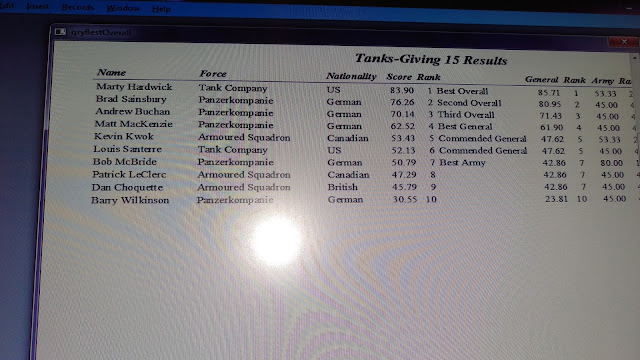 Final rankings, I look forward to see the same group out and more for the tournament coming up in November. That event will be played 15 November and more info can be found at the Petawawa Miniature Soldiers Site
Andrew Buchan also managed to win a prize for killing the most tanks during the event. He racked up 31 tanks kills over his three games. Coming in a tie for second was myself and Brad with 24 tanks kills each.
By Matty at October 13, 2015