Well well, here we go again.   Last time we checked in on my French it was to paint them to be used in Kings of War, a Mantic game of ranked infantry in a fantasy setting.   We had an event at this year's local Con, and whilst my french did badly (Who knew a goblin Warlord was better at shooting than a whole unit of Fusilliers?) it was nice to see familiar faces from the old local Warhammer scene.  But I had based my guys singly on 20mm bases in case Mark and I ever got around to playing Colonials. Instead, we met up with Scott and Rob, and played the excellent Black Powder ruleset in 28mm.  Scott had chatted me up at the Late War Flames tourney about dusting off the old 28mm models for a test game in his war-room basement..
Tonnes of pics after the break 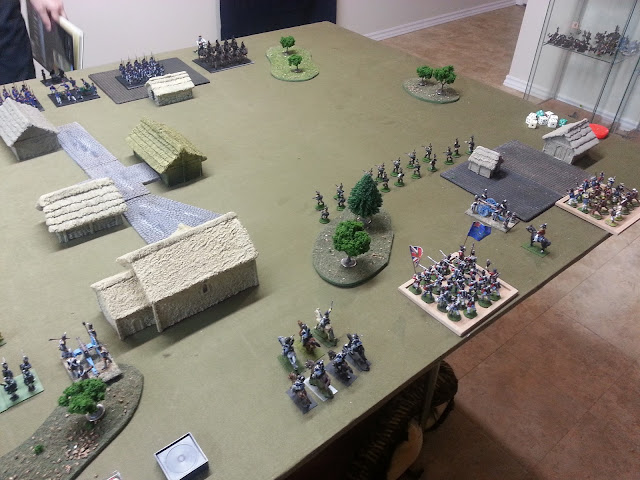 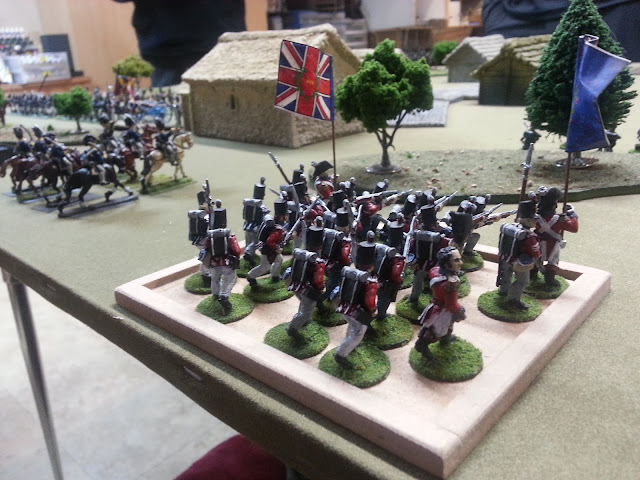 Enough pre-game pics, lets get to it.   Black Powder is a ruleset from Warlord Games, who also make Bolt Action and Pike and Shotte.   Looking at the credits, it has ex golden-era GW staff such as Jervis Johnson, Rick Priestley, John Stallard and Paul Sawyer.   It is not limited to Napoleonics, either, opting to have a generic template for troops and stats, and you can adjust either stats or add / remove special rules with points adjustments.  So if you wanted to, you could do a what-if of US ACW troops fighting Ottoman Turks for any time period prior to the use of machine guns and trench warfare!


One thing we found strange at first but awesome once we figured out the rationale, is that in the movement step, you take a command test, and you get 1 to 3 actions.   Example, Rob's Dragoons above had a morale of 8, and he rolled a 6 on 2d6, beating the score by 2.  He got 2 actions.  He chose two move actions of 18 inches which seems ridiculous, but my infantry could have advance 3 x 12 inches as well (I reformed after I advanced)   What this means is all the positioning that in other games takes 2 or 3 turns, gets done in turn one.  In the example above, Rob's infantry failed miserably, and the Div commander couldn't even help out!

Once units are within 12 inches of each other (and Inf move 12 inches per action) they can only move directly forwards or directly back.  So at closer quarters, you have to spend action points to line up if you want to use a 2nd action to charge.

Skirmishers of course can move in any direction, but normally are not allowed to charge into non-engaged units.   My Cav are engaged, so he can flank me. 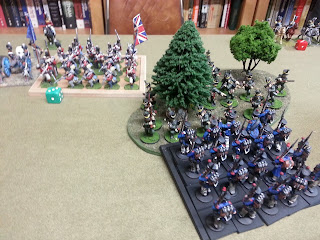 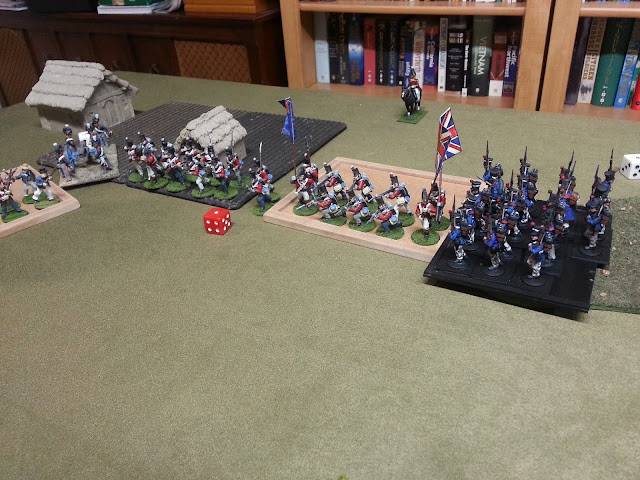 All in all, Black Powder plays a LOT faster than even Kings of War.  All the rules 'make sense' and I really liked how for each step in a turn, both sides take action.   I got flanked with those Cazadores only because I am used to "I move, shoot then assault, and only THEN will be charge my flank" and it turns out he charges me 10 seconds after my movement step ends!   One thing we thought would enhance the game further is rolling for initiative before each turn, so if you went second in the previous turn you could go first in the next, gaining advantage.   I also like the idea of 'making your own units'   Within just Napoleonics as an example, you could tie up 50 pages with every unit and special rule and points.  In Black powder, its just a few pages.   Example:  French Infantry had a special rule where they can move in an attack column rather than March column (not as vulnerable to cannon, etc) whilst the British had better shooting.   We will definitely play Black Powder again, but it means I rebase all my singles into 40mm squares and try and learn the difference between a Shako and a Cuirassier :)
Glamour Shots of Scott's stuff.  Not pictured, all his Bolt Action armies, Saga, Ancients all to this standard.!! 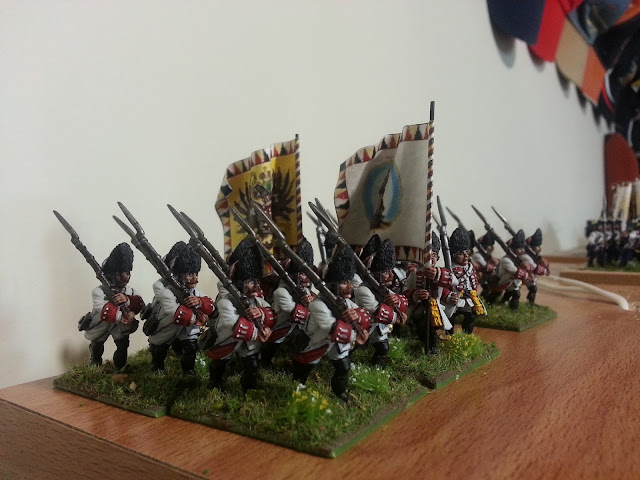 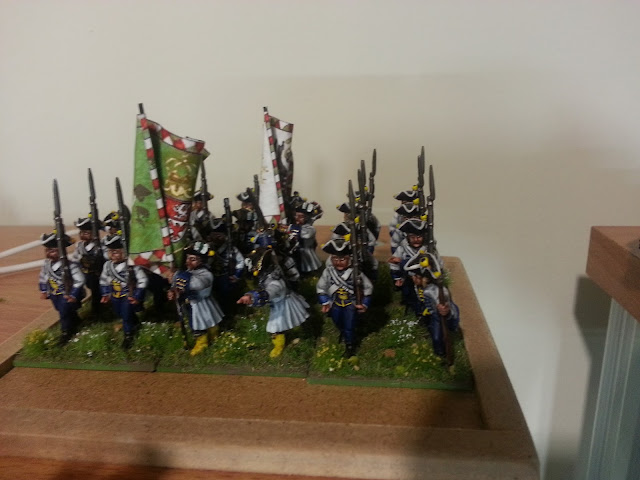