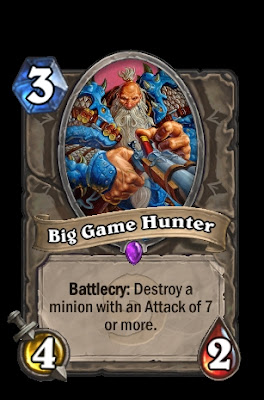 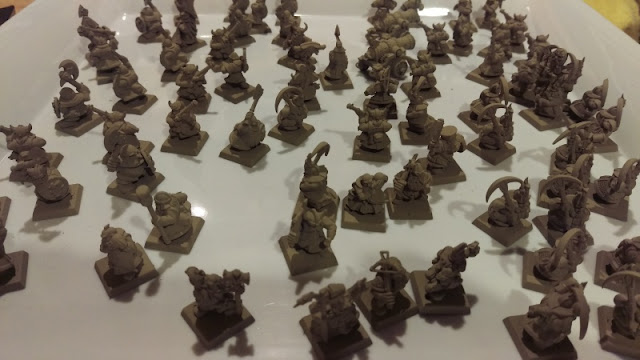 All primed and ready to go. There is around 1000 points of Dwarves here, with the Hero and the two Cannons included, I'll be starting off by trying to get all the armor and color trim done before turning to weapons and washing them. I'm not sure as to whether I will base them permanently. I will likely stretch them out and make their movement trays into mini displays, and make them look less regimented on the table. I do rank and file for a living, I'm not interested in doing the same when playing games! 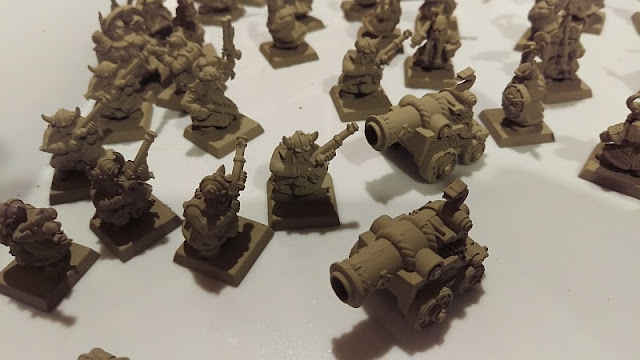 The 'Iron Belcher Cannon' is one of the War Engines available to my Dwarf list. They're not very expensive and can reach nearly any opposing unit without moving around the table. The down side is that they only get to roll one die to hit, and since they hit on a 5+, it makes it tough. The upside is the ability of having Piercing(4), thereby making it very easy to wound your opponent. 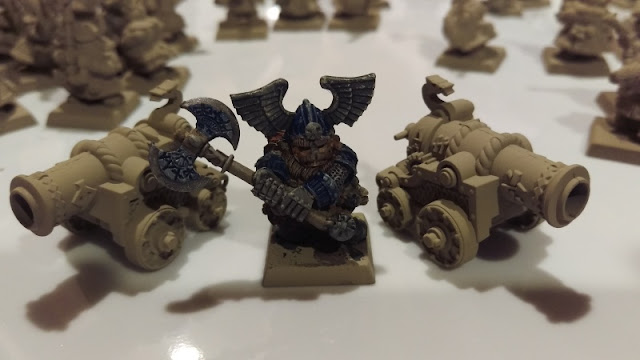 I'm using this guy as my 'Hero'. At 150pts, 'Garrek Heavyhand' is sporting the new colors for my army. Though you can not really tell in the picture, the wings on his helm are actually an emerald green. I found that using darker colors for the armor, I went with light colors for the handle of the weapons and a nice reddish brown for the beards and hair. I think the contrast after the models have been washed and slightly drybrushed makes the details pop a little more. 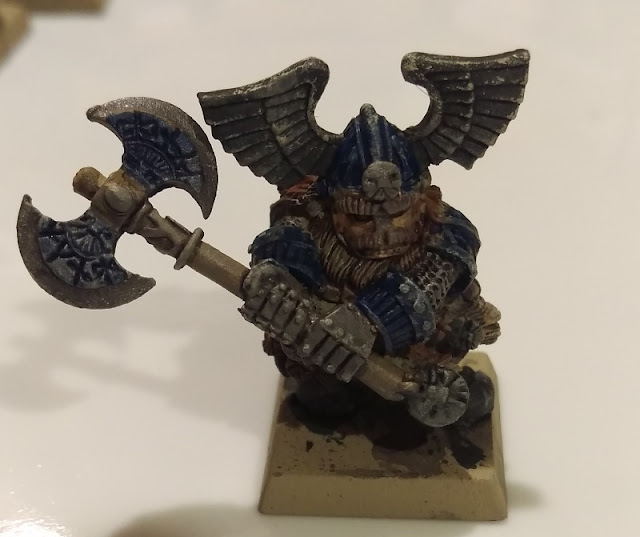 Though he stands alone right now, soon he'll have an entire army to command! Once they are all completed, I'll get the bases done and flocked to help them look a little better. There are quite a few of them to do and hopefully I can get them done in the next two weeks or so. The movement trays will be a work in progress and I will post them up when I start basing the rest of the army.