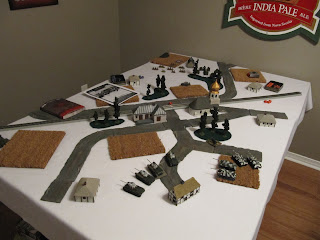 Crazy how a different colored cloth can turn an old table setup into a winter one!!  Ca$h's place

Well, they are done!   With 2 days to spare, I had time to spruce up objectives and do up a plane for Matt.   Even though this army faced many King Tigers at the tournament, I think it was a decent choice.. certainly thematic, though not having: Infantry, Artillery, smoke, AA or planes sure didn't help!  Detail shots below 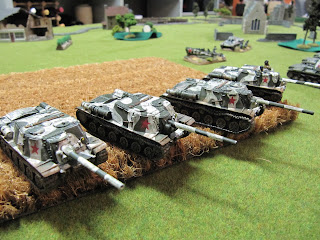 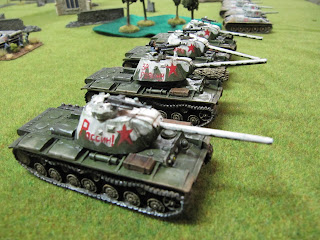 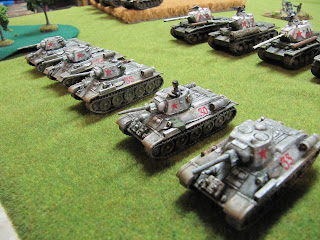 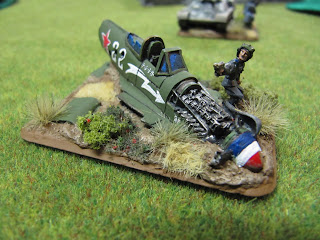 Crashed YaK-3P  I had a spare British Objective after making Monty's Humber, so I repainted this one to be a YaK-3 (inline engine like the Hurricane/Typhoon, so looks similar) and I was looking up pics, turns out Free French (of the communist persuasion I am sure) pilots flew Soviet planes in the Normandie-Niemen squadron.   Given I have Free French army, I kinda had to paint the wreck in this scheme! 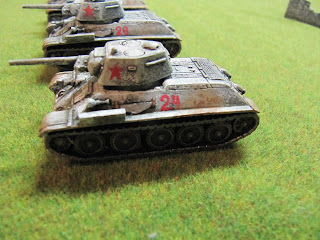 Behind the '24' note the 2-tone mud effects.   This is a large splotch of drybrushed US Tan Earth 874 then stippled on smaller patches of the darker, Flat Earth 983.   I did these on the road wheels as well, but its tougher to see when not on the faded white.

As usual, final build video is below, enjoy.   Next up, I have to decide whether to go guns blazing on my DAK for MW tournament in April, or to finish my Brits, which would entail repainting the following:  8 Crusaders, 6 Grants, 3 Recce Carriers, 4 x 25lbr battery.  Tough choice.