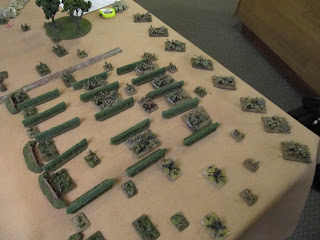 Hey guys, I have some coverage of two tournaments we just had, which brings to a close some frenzied painting..  We had the OMG doubles tournament, which was LW 1000 pts each player.   It was a great tourney, and I don't say that only because we won or anything!    Big-Willie from Covering Fire was my teammate and we rocked King Tigers and Panthers and a ME-262.  There was guys with crazy armies, like 16-gun 25lbr army, and so on. 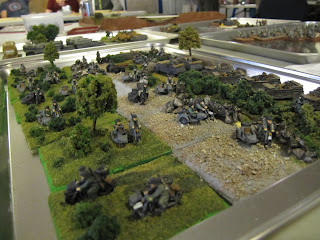 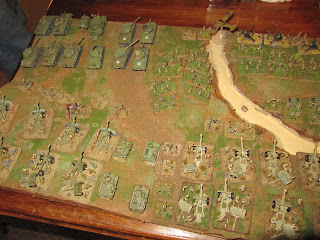 Here is the OMG Doubles Video 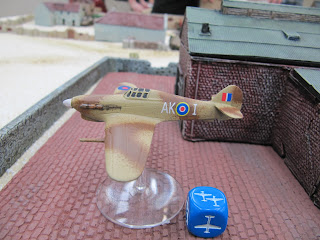 This hurricane is so good at gunning Panthers...

Next up, we have our own Fall Fubar at the Barrhaven Legion (MW 1625 pts).  Normally we would have had this closer to Nov 11, but it got pushed up, as the Legion understandably had Veterans Events planned out.   I worked night and day on my Desert Rats Kingforce army, and they really turned out well, so I was happy about that.  Here are a few pics and the Vids. 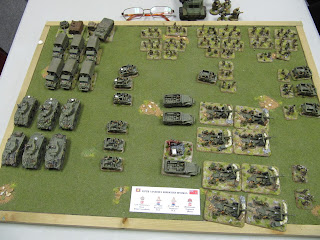 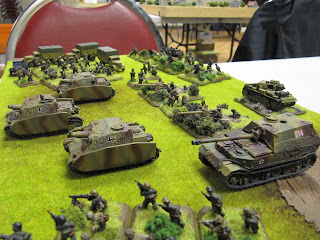 Ca$h would win overall with the supposed useless Brummbars.   I'm sure the Ferdinand helped! 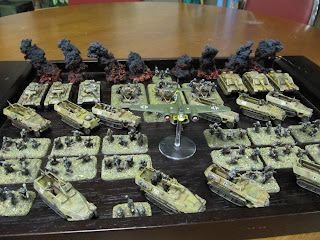 Stef came up from Toronto to play, here is his sweet German force.