A quick side project - Cities of Sigmar

When organizing my many boxes of minis that have been stashed in my basement I came across an old Empire army, on square bases and all. Looking over the models, it appeared that I had enough to put a small Age of Sigmar force together so I sourced some 25mm round bases for the 90+ infantry along with the correct oval cavalry bases from Tabletop Game Store online. 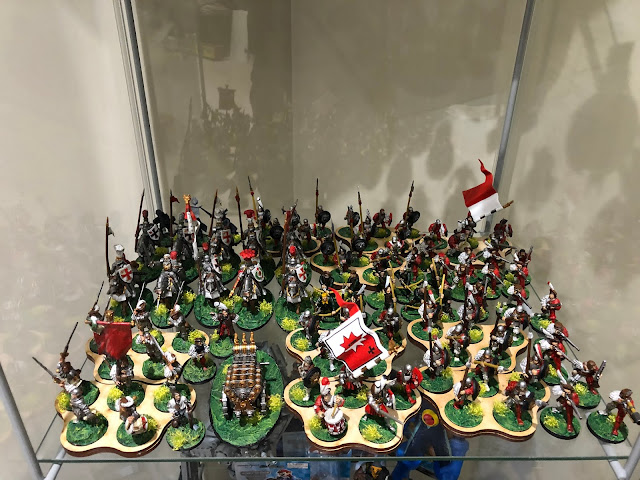 Click on after the break for more pictures and what products I used to base them!

They arrived in less than a week and I got straight to work cutting all those figures off their bases. Talk about a messy job! Inside of a week, I got a 1500pts army fully based and ready to go. 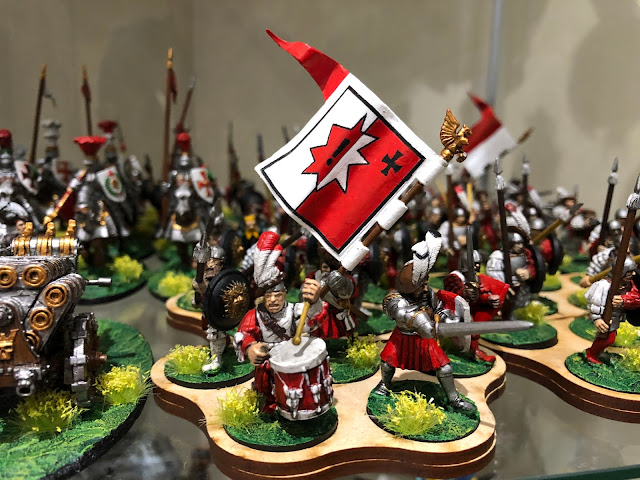 I "cheated" a little using Vallejos Acrylic Light Brown Thick Mud to cover the whole base and then just used contrast paints and highlighting up to a classic green/yellow style to match the models vintage. I finished them off with some Army Painter Meadow Flowers tufts. 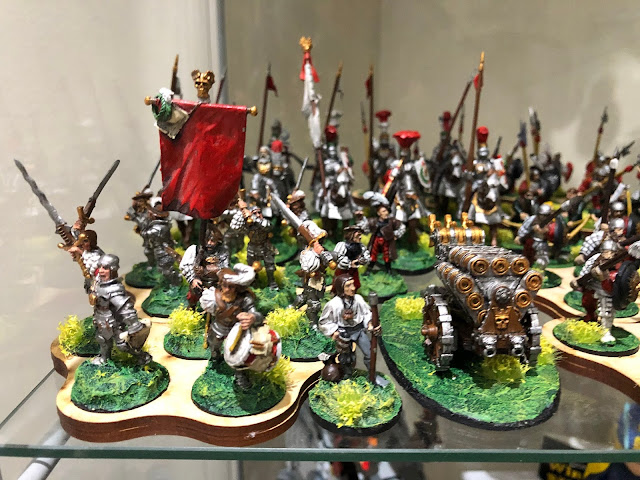 I didn't paint the movement trays yet as I hope to use them for other units like skinks etc, so I am still pondering some neutral tones. 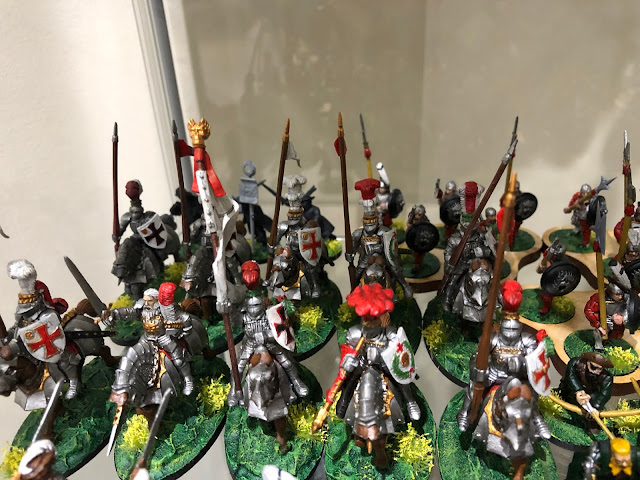 I plan to use a couple of the human units as "counts as" units in my list. First, the 10 old Empire bowmen will be played as Shadowhunters, as they are ambushers with bow - a perfect fit I think and keeps the force all human. The knights will be "counts as" Drakespawn Knights, the heaviest armored knights aside from the Gryphchargers which are larger models and bases. I think it works and should be very clear to my opponents.

At a minimum this will look like a cohesive force on the table - and I still have ~60 mixed infantry I could paint up to form a couple more units of hand gunners and Free Guild Guard if the desire hits me. There are also two Battlemages and a Free Guild General on foot to paint, but those should be a quick side project once I get more Seraphon done :)

In other news I picked up a ton of models, well actually two full armies, from a friend who is moving and clearing house. Next weeks post will be a review of everything I got and my initial plans on what I will do with it all so stay tuned!