With the quick side project of re-basing and touching up my old Empire force to make it into a Cities of Sigmar completed, I have shifted back to working on my Seraphon. Of note I completed the first of 3 Slann I will eventually paint. For now, with the smaller games we play, 1 Slann is more then enough! Here is a nice picture of him : 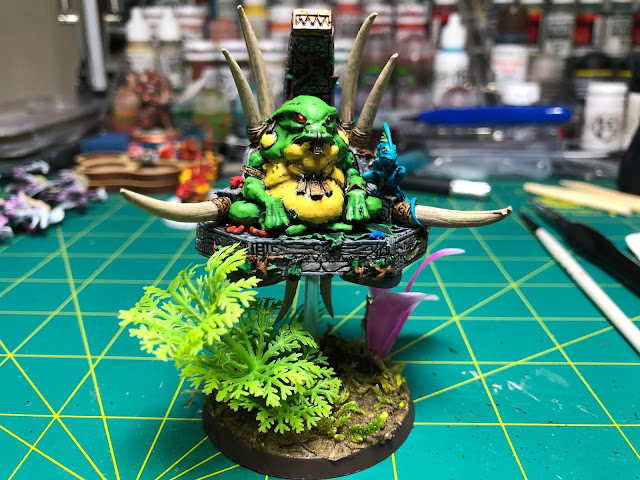 I also picked up two huge lots of models from a friend who is moving and needed to decrease his piles of plastic shame in his closets. Seraphon and Ogor Mawtribes!


Skip on after the break for some more pics and a list of what I got:


A couple more beauty shots of a fat magical frog : 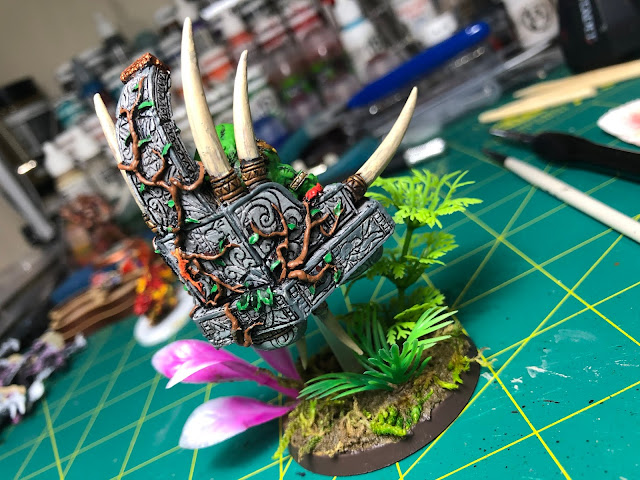 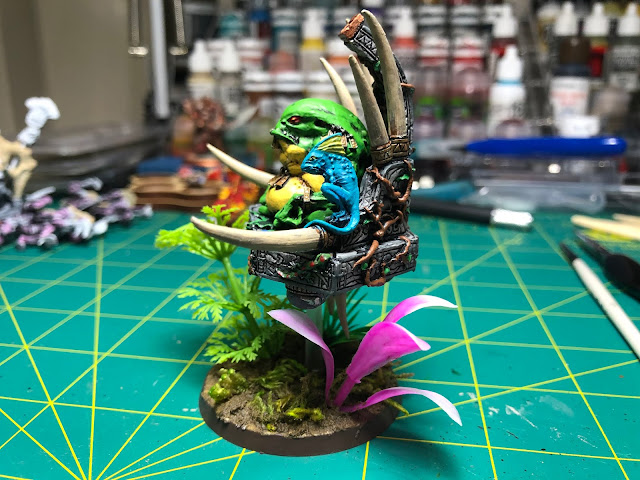 I think he turned out well for a generic approach to coloring. I plan to make my second one more red based.

Let's move on to the huge lots I picked up. First, here is a quick picture of my attempts at organizing the models. 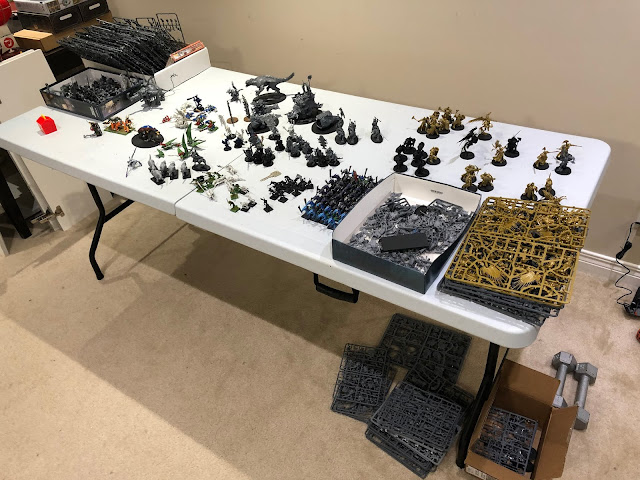 As can be seen, there are loads of loose older models, assembled current models and loads and loads of sprue. Here is a brief list of what I picked up: 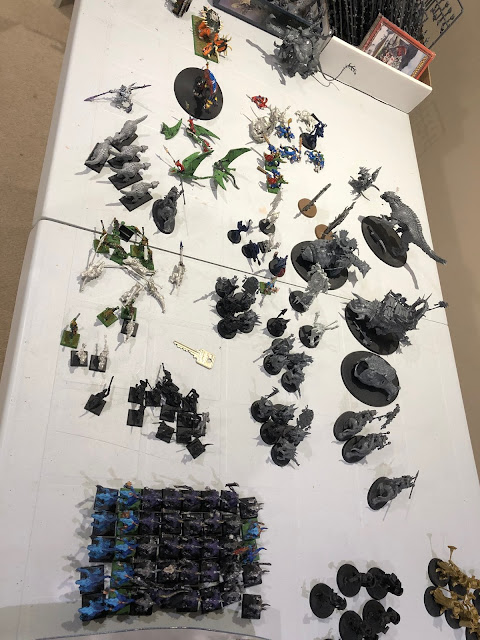 Yes, all the parts and sprues to finish the Stegadon are present.

You may see some Stormcast in the pile - Those I picked up for another $100 to pass along to a coworker and friend who is looking to start out. For $100 he gets the Stormcast half of both 1st Edition AoS starter box and Soul Wars along with a full start collecting box. It's a ton of models and an awesome start for a new player - a whole 2000pt force (and then some!) for $100.


I had to snag his Mawtribes as it was also a great deal and all current kits. They were a top 3 contender for the faction I would start into AoS with, so ogors will be my official second army once I have more Seraphon completed. They are elite and a much lower model count so should paint up fairly quickly and play very differently. As a side, Destruction as a whole is under represented around here so it's great to have an army of that Grand Alliance. 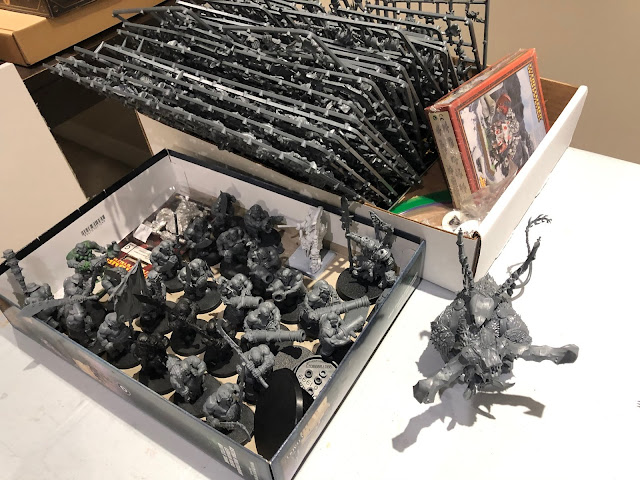 I can't wait to get stuck in - first up will be the Salamanders for my Seraphon as I don't have any yet and a unit of 3 is a perfect start!

Until next time,
Cheers!